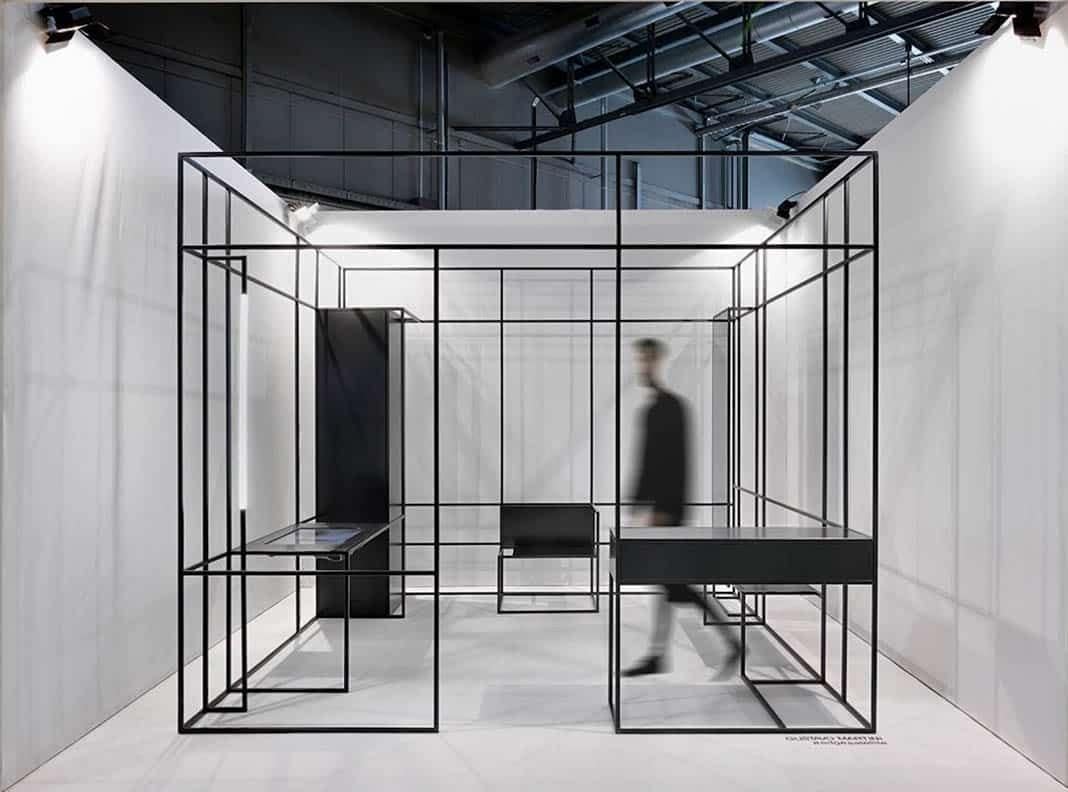 The concept of the project started with a personal point of view, where the author considers the primary act of drawing as an essential step in the design process. The research was based in this moment which dwells in the transition between the imaginary and the execution. In response to these thoughts was developed the idea of a black line made by a pen ﬁ lling the paper with a graphic grid, and by the act of painting some spaces between the rows to create surfaces. The result has become a sort of visual room where is possible to pass through the walls, and the furniture made by the thin dark surfaces, reinforces the sense of tangibility. The name highlights the fact that the project is something beyond a single object and turned into a connected architecture, something on the edge between design and installation, idea and reality. Born in Rio de Janeiro, Gustavo just got awarded as Next Generation Designer of The Year by Wallpaper* and Officine Panerai. His interest in arts began at a young age with drawings, paintings and construction toys.During his graduation, he won the Idea Brazil Award and has continued to receive increased media attention as a young upcoming designer.On his Studio at the very first year, he was invited to exhibit at the Brazilian Art Fair in Miami Art Basel and later that year at the MAM design store. As he has lived the majority of his life in Rio, Martini has a strong sense of connection with the city which he believes combines two contrasting worlds.Currently, Martini lives in Milan.Recently, he presented a sculpture at Laguna Art prize in Venice and participate in the art word.