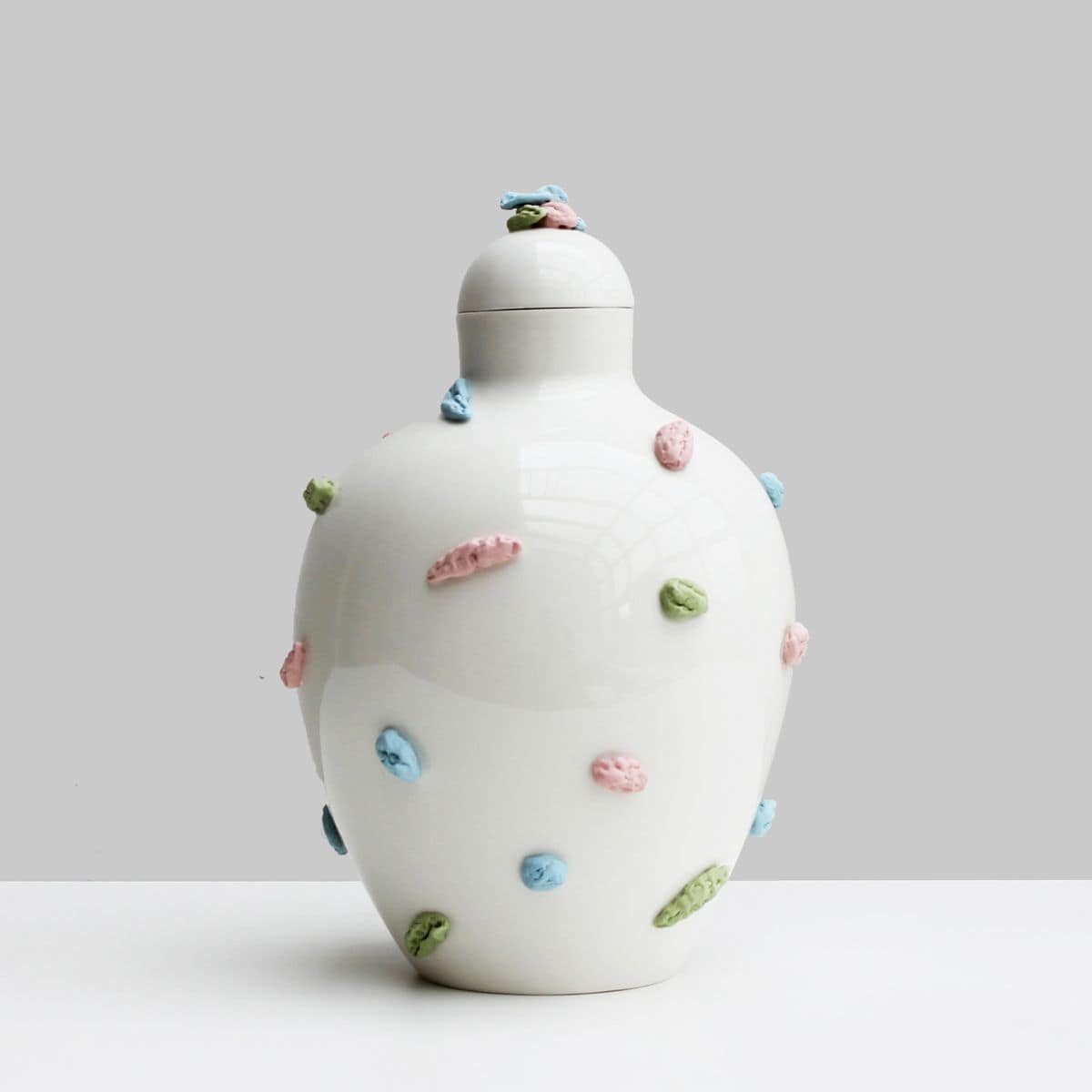 The project IN & OUT deals with a topic of relationship between private and public, between a person and society. The negative displays in the public space are transformed into a language of art, they are taken out of context and used in a new, surprising and absurd way. The moment, in which the chewing gum is applied as a vase decoration, ironizes the whole problem. It brings back to its author, what he is trying to escape from to his flat. This decorations can be seen as a ready made because it is not being changed, in a way it is already complete. I have only moved it from one place to another. Visually it stays the same but in this form it takes a new meaning and identity. The decoration stands between the two worlds and connects them into a new, controversial relationship. The project expresses the impacts of living in low income neighbourhood. 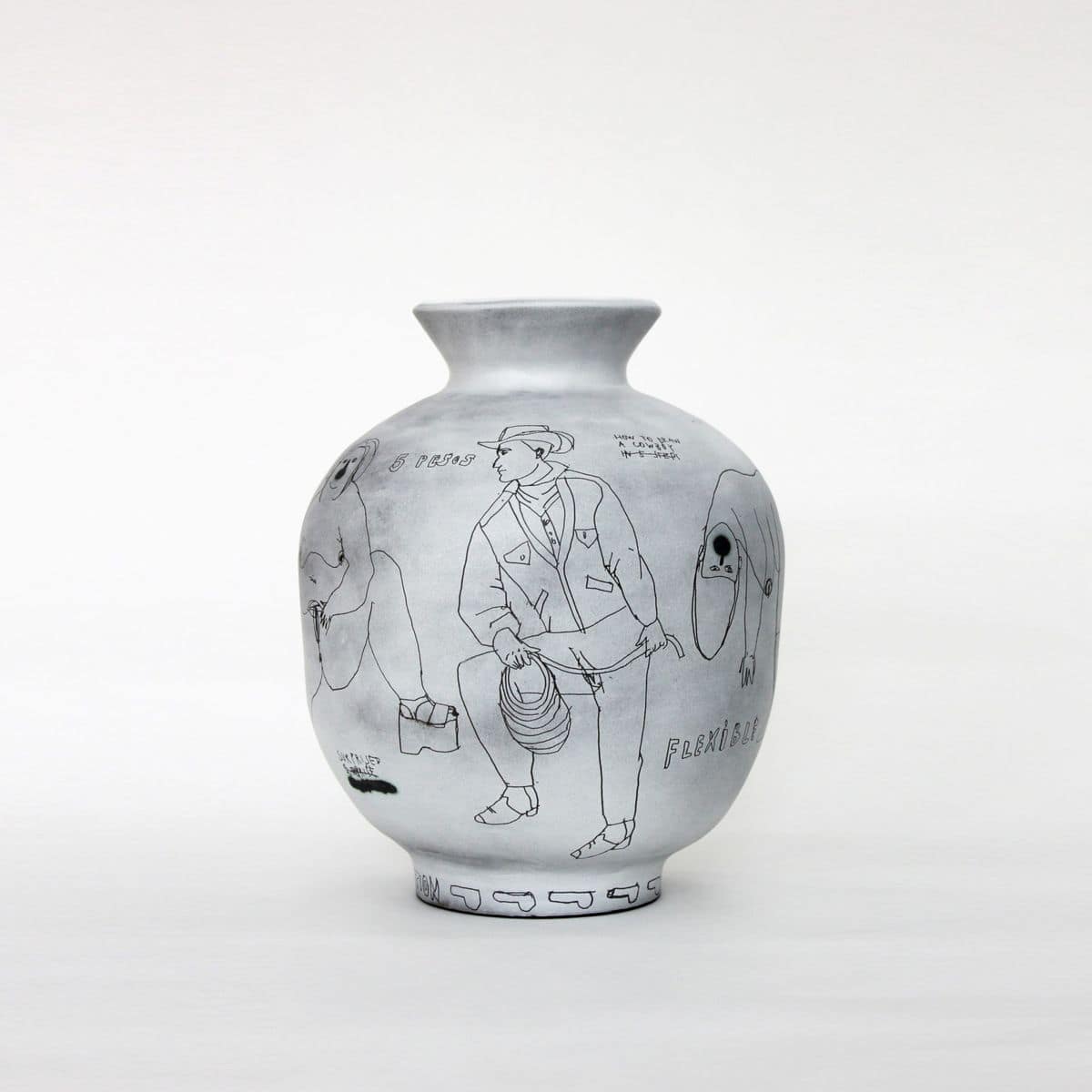 The vase is a part of a collection Breakfast included, in which it pursues the subject of symbols and their universal nature and legibility within social context. 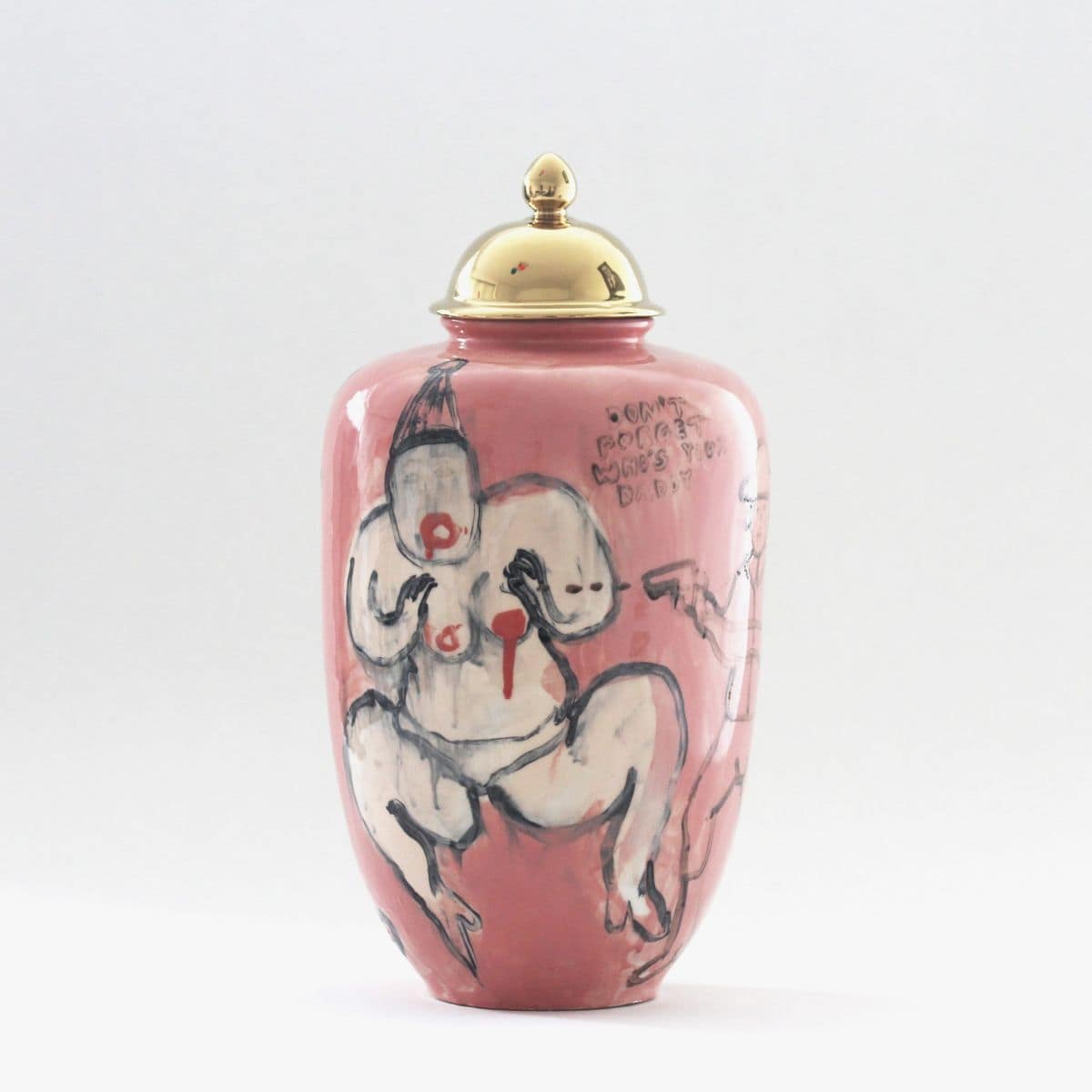 Horizons of gender equality, gender stereotypes, “masculine” and “feminine” nature of people, things and activities, ironizing of the historical, social and biological interconnections, of the anticipated dominance or submission. The work combines these contrasts and analyzes pressure, boiling over, tension, ambiguity and subsequent liberation of the object by means of archetypal symbol of a vase, signifying social constructs, acceptable and unacceptable, good or bad.

My name is Zuzana Svatik, 27 years old and I graduated from the Academy of Fine Arts and Design in Bratislava with a Master´s Degree in 2018. I am fascinated by the power of clay and porcelain to buid an intimate relationship with the viewer. I like to work on an edge, between the objects of use and sculptural pieces, to catch a glimpse of usefulness by creating objects for everyday life. My aim is not only to create these pieces but also to build a complete atmosphere and to keep an open dialogue with the outer world. My work tries to shatter the traditional image of visual purity and aesthetics of utility objects. Its aim is to shake off sterile aesthetics and commerciality and to emphasize ceramics’ potential in the field of committed and critical art. From a theoretical perspective, I work with symbolism and narrativity of objects, symbols and their universality in a social context, analysis of suppression and liberation of an object and its archetypal nature.