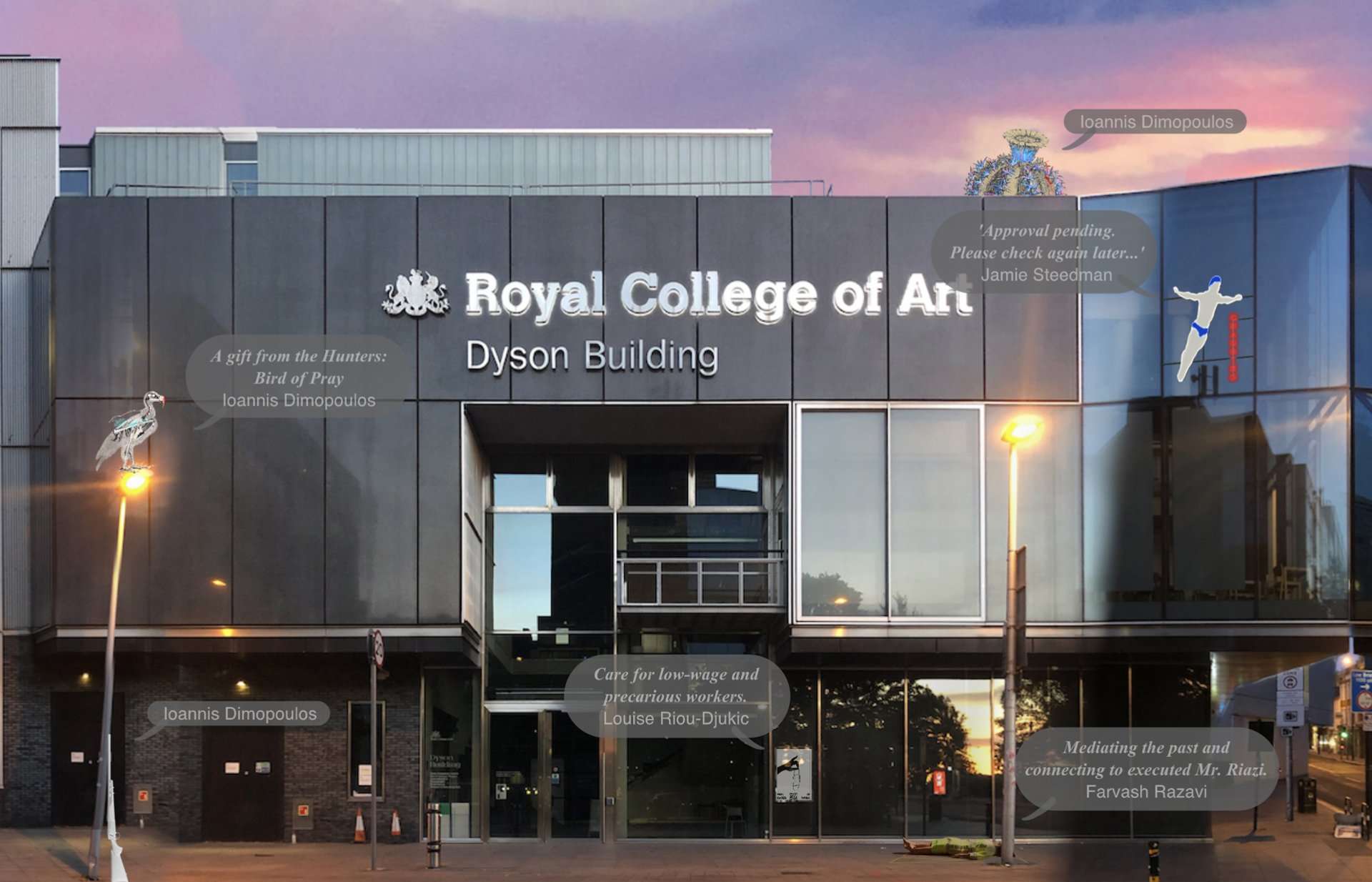 "The Failure of…" is a 4-meter long web art intended to be experienced online. It is an ongoing attempt to renegotiate the ethics of art itself through a curatorial space within an institutional practice specifically located in this piece at the Royal College of Art. Through the prism of care and collaboration, the project contains works of about 30 Royal College of Art graduates from 2020, including several taking a Leave of Absence due to the pandemic. 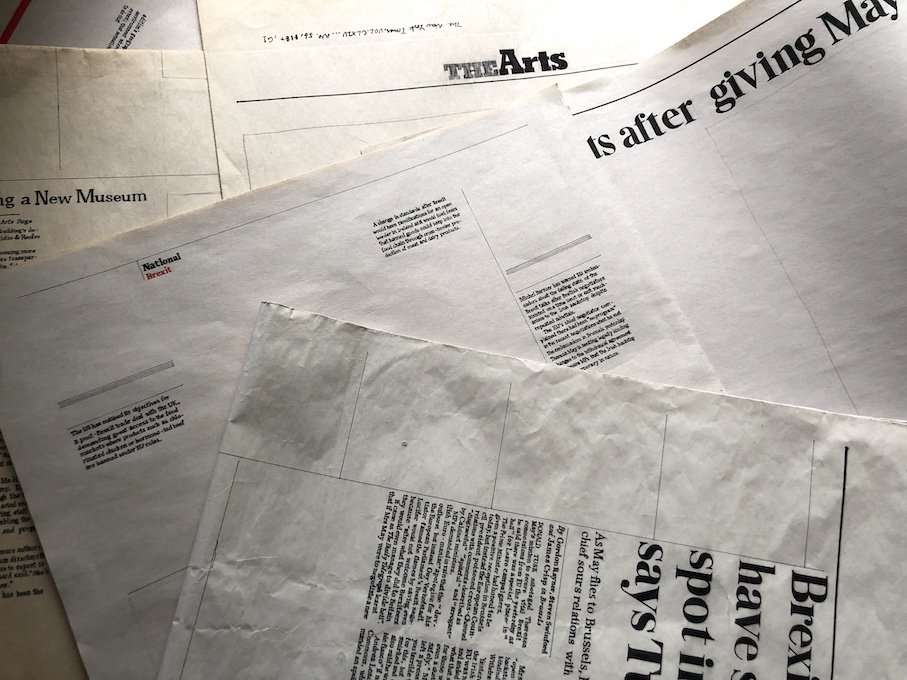 "Non" is part of the newspaper series that I have been working on since 2015. In my newspaper series, I hand‐copy local newspapers on newsprint using microns, ball pens, and pencils. In the copy, the images are eliminated but the general layout and the texts are kept the same as the original without any re‐creation of composition, font, or content. As for the presentation of the work, I put the copies casually on the newspaper racks or on the floor as if they are only normal newspapers; I also put them in public space or send them out to people occasionally.
For "Non", I hand-copied news regarding Brexit published in the local newspaper daily on newsprint starting from the first day of the Brexit month. It presents my absence (as a foreigner) in the decision of Brexit and my negation and incapability to say either “yes” or “no” though being one of the many being affected. 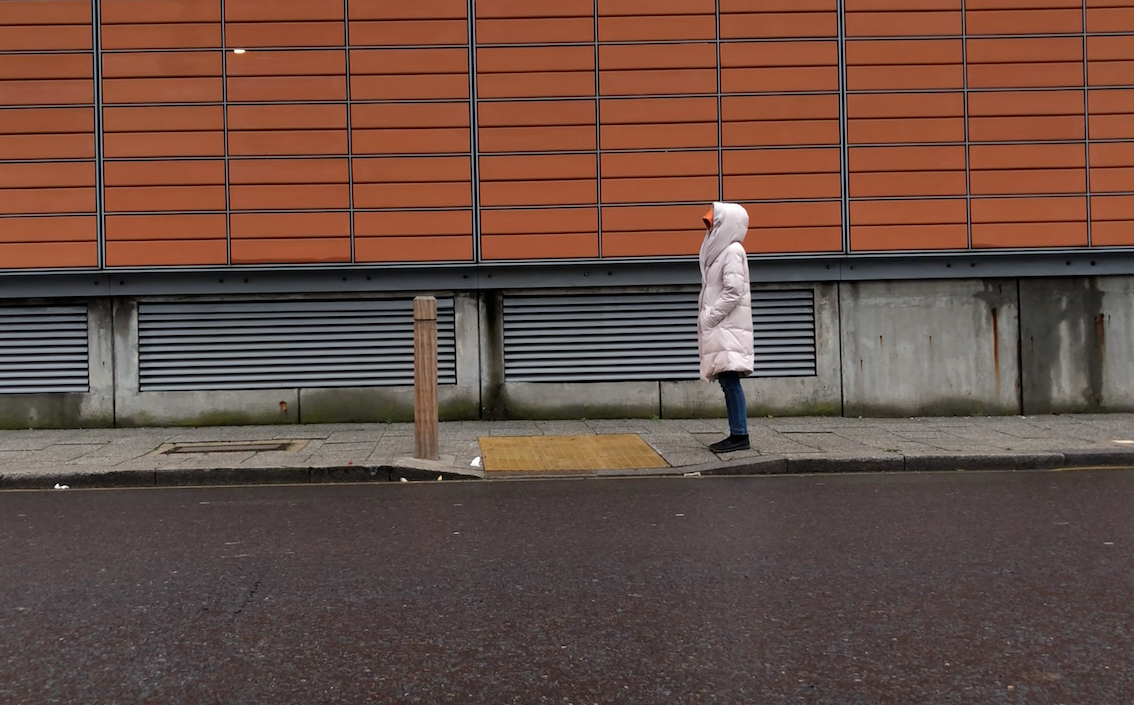 "Being with…" is an invisible performance piece. In this work, I stayed with solitary objects that I encountered on street for hours. Silently and gently, I question the self-righteousness of human beings when they interact with objects. Trying to initiating dialogues between an object and myself, I am questing for human and non-human objects' mutual autonomy.

Yuxi Xiao (b.1994) is a Chinese artist currently based in Guangzhou, China. She earned her MA from the Royal College of Art in Contemporary Art Practice and her BFA from Cornell University in Fine Arts with a minor in Plant Sciences. Her practice activates the notion of neutrality opposing the binary system through performative and conceptual works, and she has shown in the UK, USA, France, and China.