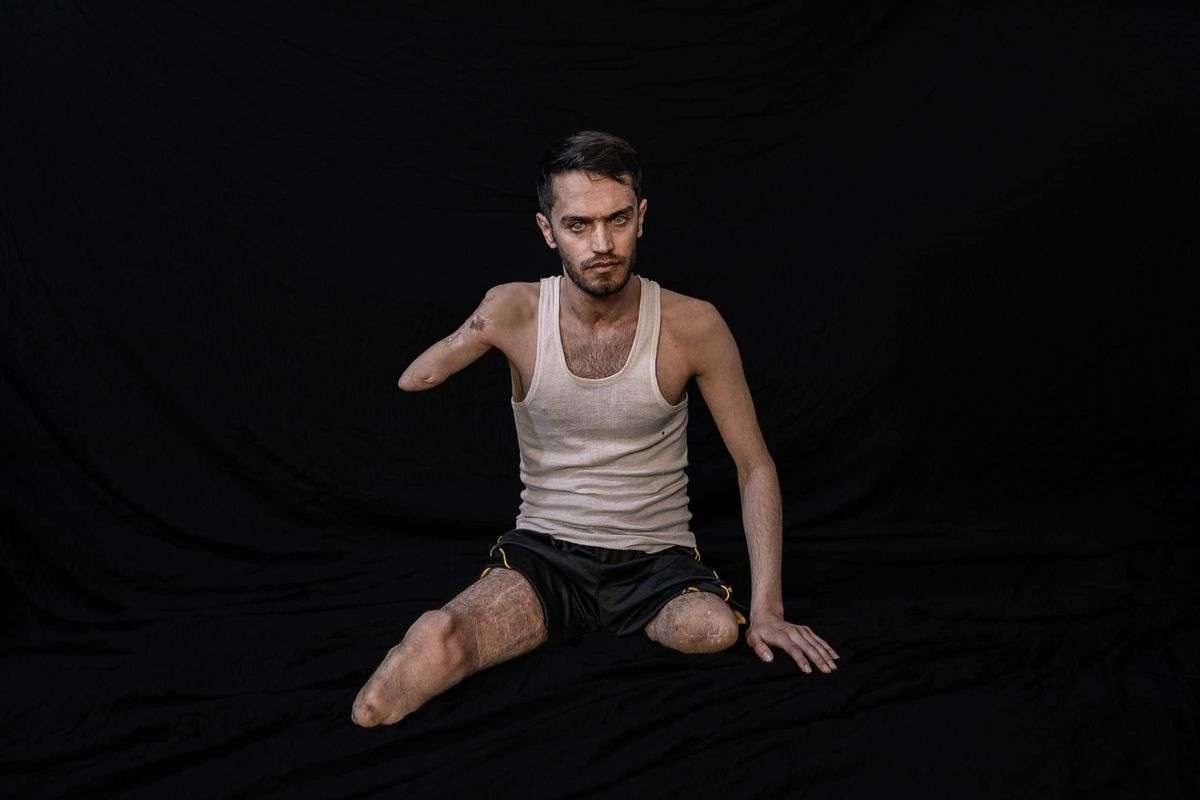 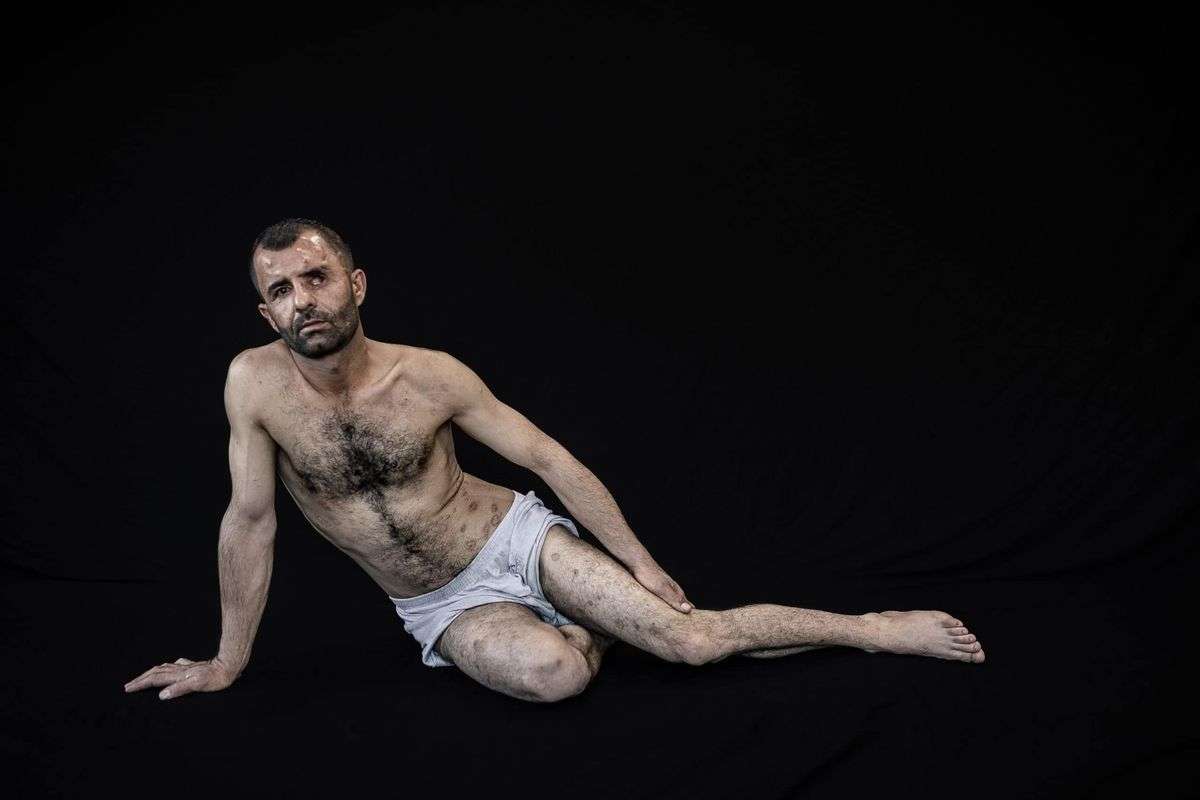 Sulaymaniyah, Iraq: 10/23/2020 -Hawar Mohammad Abdullah was born in 1985 and has been a Peshmerga since 2000. Hawar was wounded on two separate occasions while fighting ISIS. In April 2015, in Mara village in Kirkuk province, he was shot. Less than an hour later he was wounded again by an IED (improvised explosive device). It took 6 months of treatment before he would recover, at which point he went back to the frontlines. The second time Hawar was wounded was in September 2017. While fighting in the village of Abo Mohammad in Kirkuk province he was again wounded by an IED. The explosion left him in a coma for 33 days. The injuries left Hawar’s body battered and scared. He lost his left ear and left eye and after 5 surgeries he has recovered only 50% of his sight in his right eye. He has also lost his Duodenum and more than 200 pieces of shrapnel remain in his body. Life is hard for Hawar, with three kids he struggles to manage their needs despite receiving 100% disability designation. 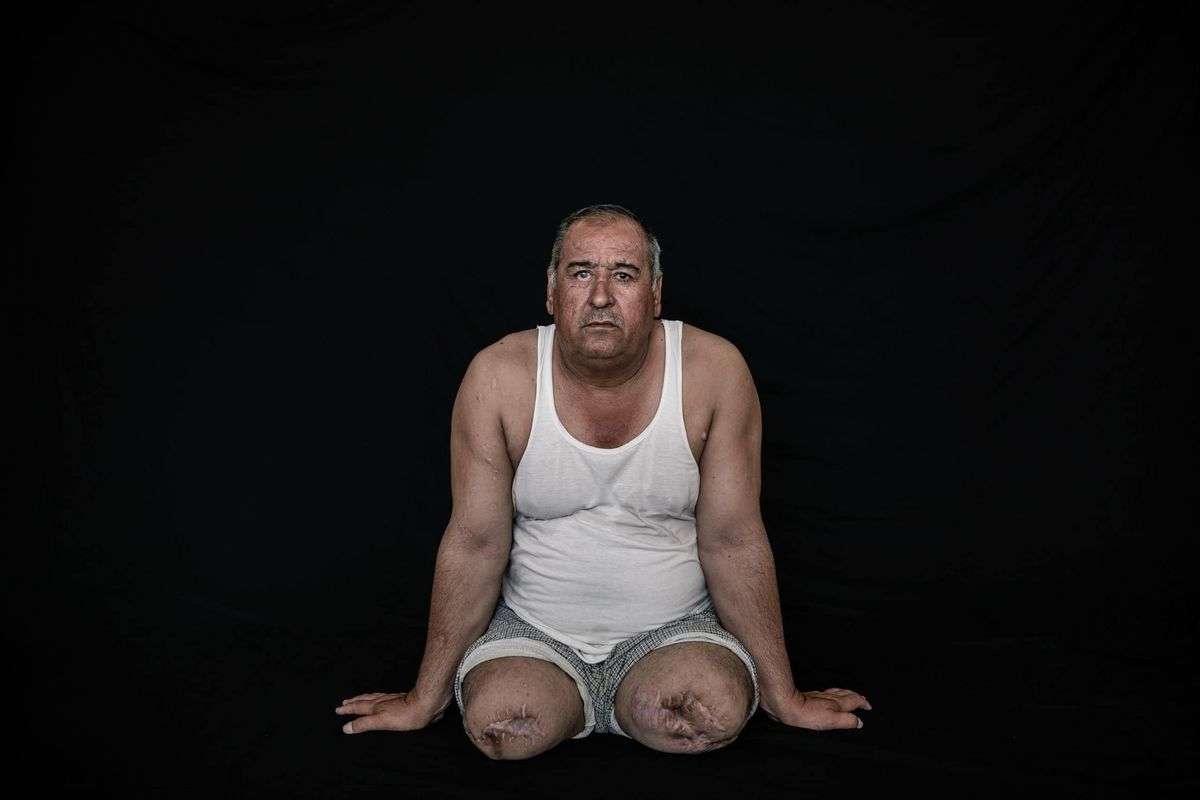 Raniya, Sulaymaniyah, Iraq: 10/01/2020 – Brahim Ahmad Ebrahim Ghader was born in 1969, he is Peshmarga since 1993 and during this time two-time he got wounded which last time was fighting ISIS in May 2015 and he lost two-leg with and one eye and a lot of shrapnel in his body by the explosion from an IED in Daqoq Area near Kirkuk.

Younes Mohammad, born in 1968, in Dohuk, is a Kurdish photographer. He is currently based out of Erbil. He works as a freelancer on assignments for newspapers and magazines. Although he has had a life-long passion for photography he was unable to pursue it due to the war – ultimately, he spent much time in Iran as a refugee from 1974 to 1998. He graduated with an MBA from the University of Tehran. In 2011, he quit his job and started his journey as a photographer. His work has been exhibited internationally and published widely in publications and he is the recipient of multiple awards.