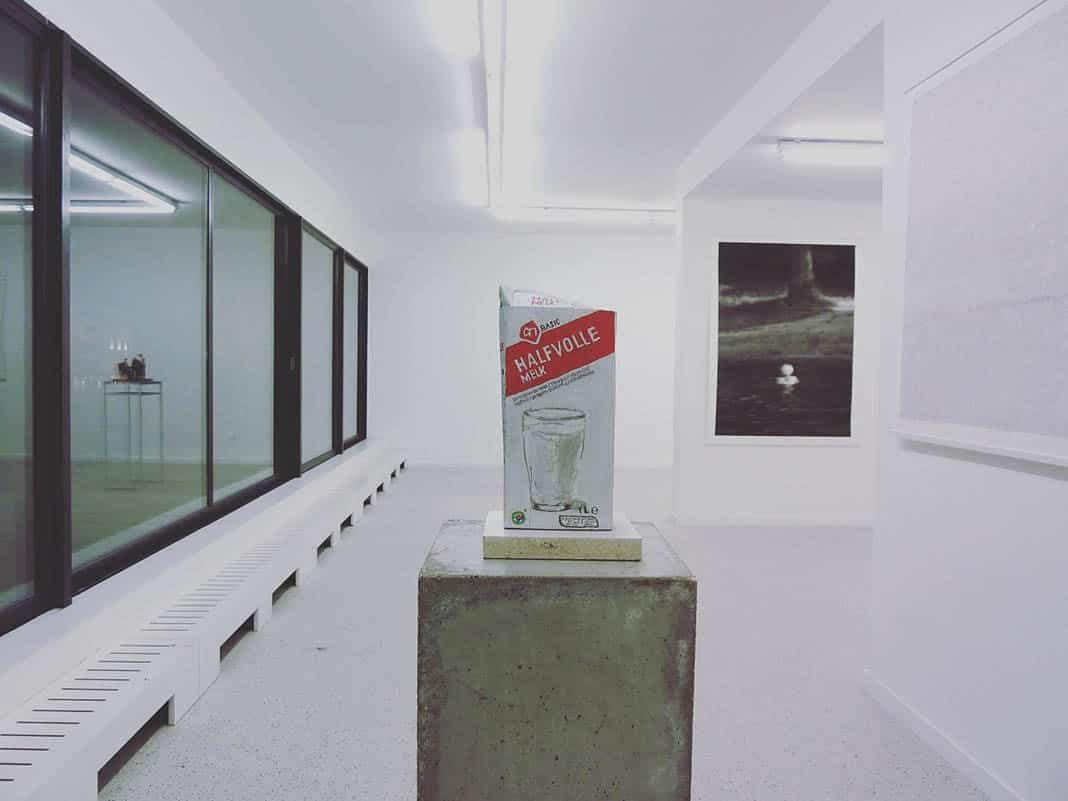 “Lying figure” shows a naked figure on a bed. The joints are articulated.

It’s an investigation of the lying male and/or effigy.

The contemporary is present in Ganseman’s works not through representation (as was Pop Art back in the day) but through a cleavage between the times of history, of making and of visual apprehension. Ganseman’s invocations of the Della Robbia brothers, Vincent van Gogh, Robert Gober and Rembrandt, and his hybridisations of materials are devoid of the irony of certain postmodern gestures, which only reinforced their perishable nature. Rather Ganseman’s objects gum up the act of looking, forcing upon the viewer a diffuse consciousness of time, irreducible to the past. To borrow from the English philosopher Peter Osborne, Ganseman’s carefully crafted and often diminutive surfaces result in a disquieting effect of contemporaneity as a ‘disjunctive conjunction of time'.