The bust of Dante, symbolic and representative of intellectual independence, education
and goal-oriented personal development, up to self-knowledge. 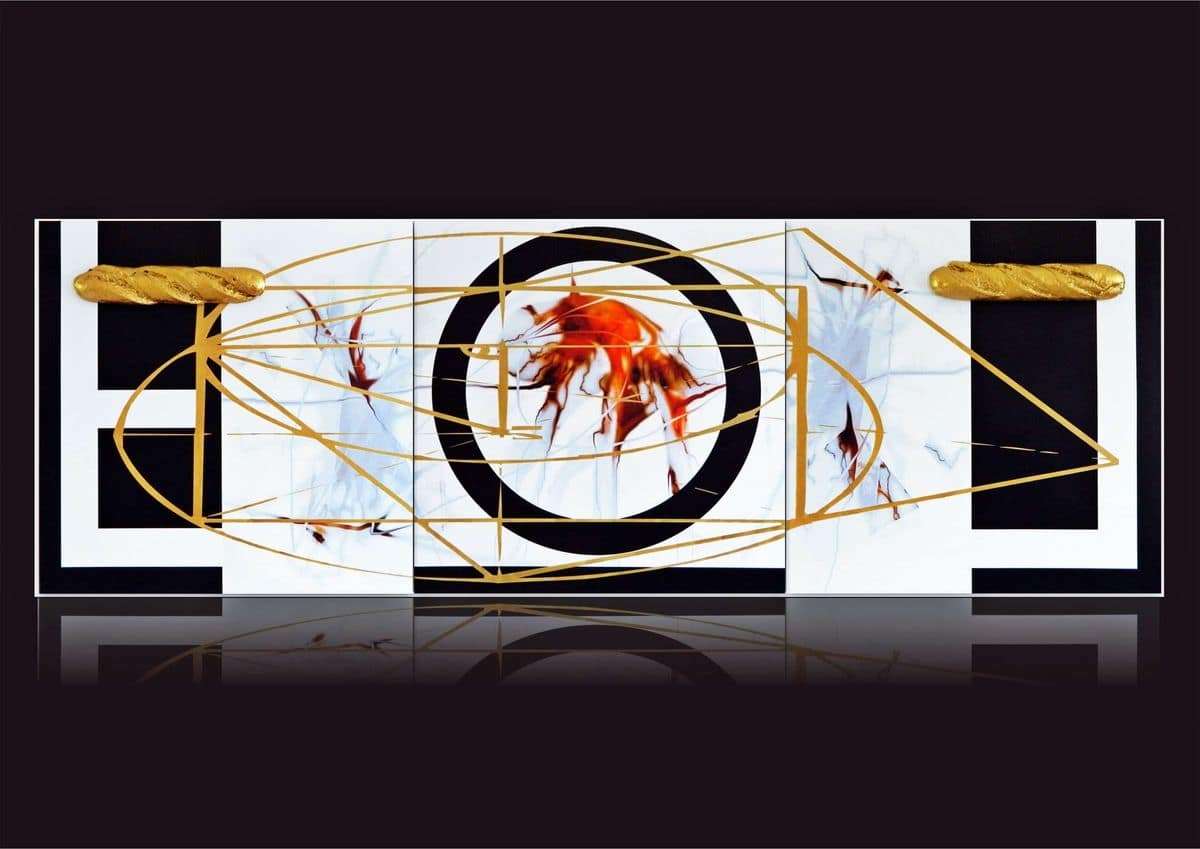 The loaves of bread present themselves like precious gold bars.
The bread becomes a symbol for all existential values.
It interprets itself as a good that is often taken for granted and always
available, even though it is not accessible to a large part of the world.
Its gilding marks its true value.
The installation reminds the viewer not to orientate human existence on
values that are ultimately only temporary, unstable and therefore
transitory. Metaphorically, the work suggests that only a return to and
concentration on elementary values can sustain the existence of the
human being, pointing to both physical and psychological elementary
values. 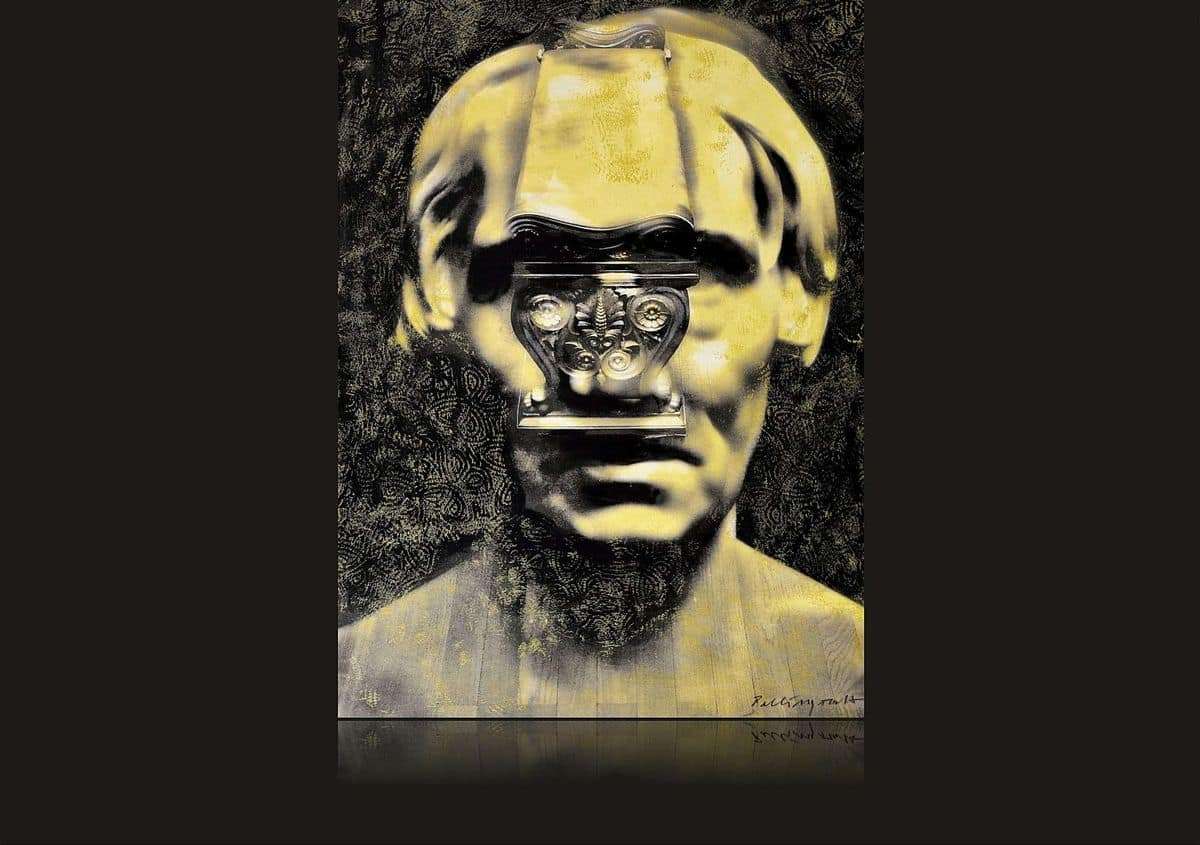 Imagination is the ability to perceive inner or mental images while awake. It is a creative extension of our perception.

Wolfgang Bellingradt’s extensive artistic work includes the disciplines of painting,
drawing, photography and installation. His painting is characterized by a complex
image composition, its own image density and a specific, artistic iconography.
In terms of content, Bellingradt concentrates on a central theme:
The human being, his struggle for knowledge, his actions and the resulting
consequences. The artist looks sensitively at the drive of human behaviour, at the
Progress, trials and errors.
The artist is particularly distinguished by his “Vue derrière”. He directs the view behind
the backstage, behind the surface, behind the beautiful glow.
Thus he philosophically purposefully records the true needs of human existence and
unmasks artificially created illusions.
The painter Wolfgang Bellingradt does not see himself as an admonisher or missionary, but
as researcher, perceiver, observer, questioner and documentarist.