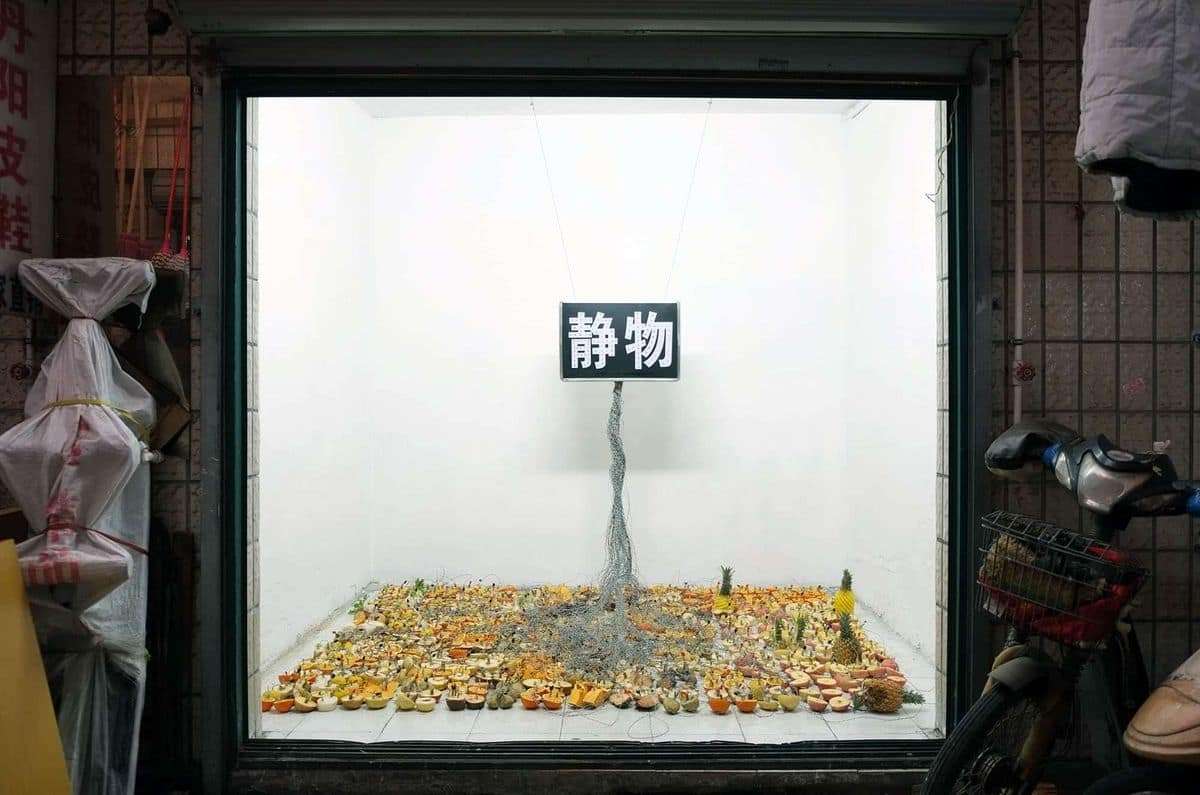 Several hundred fruits and vegetables bought from market traders come to supply electricity to a luminous sign. "静物" (Jìng Wù) is the term used for "still life" and means immobile, stable. The decomposition of the fruits will lead to the progressive extinction of the characters of the sign.

This work is part of the context of the Bazaar Compatible Program, a project led by Paul Devautour in Shanghai, China. 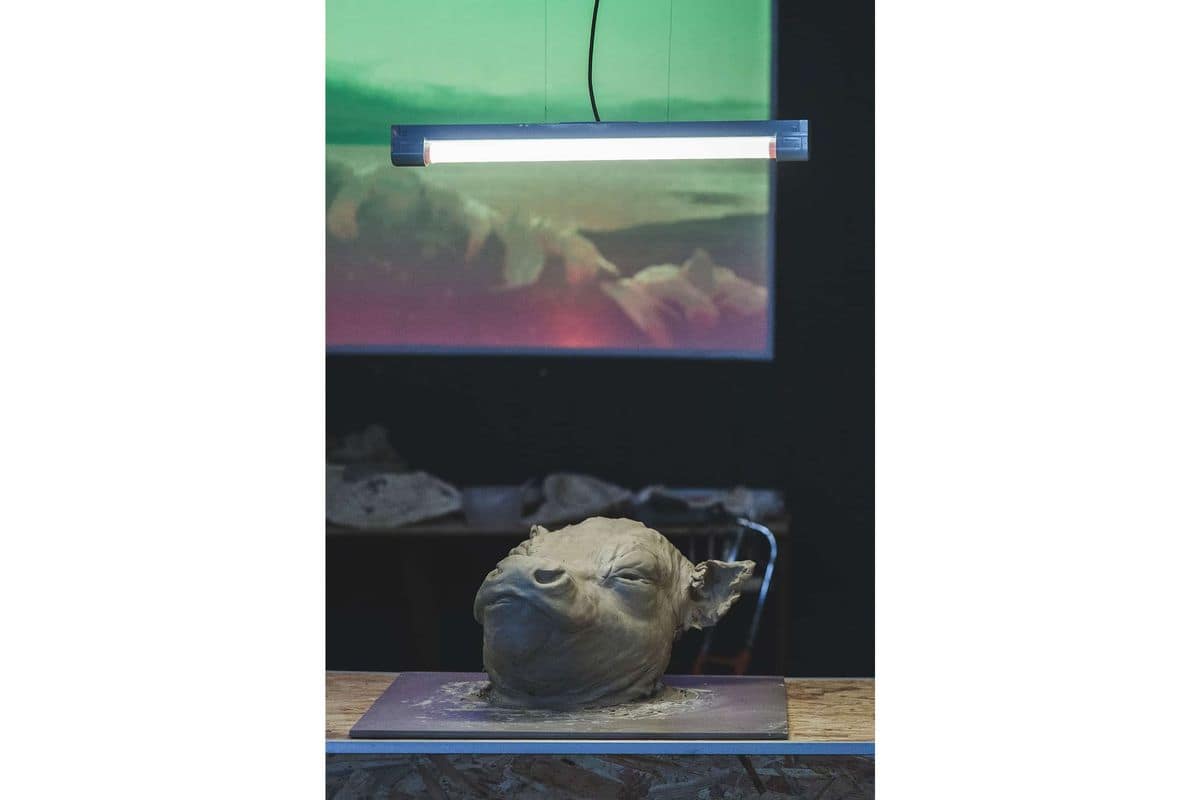 On the occasion of an appointment in the premises of the "Georges Pomp it up Cultural Center" on April 12, the artist Victor Remere proposes to feed the bodies and the spirits. Three clay crust recipes, using local and seasonal products, bear witness to another conception of gastronomy that goes beyond sensation and experience to focus on the construction of thought through the reflexion of belly.

Meeting point, vector of social link, the meal is tackled here against the field of fast-food culture. 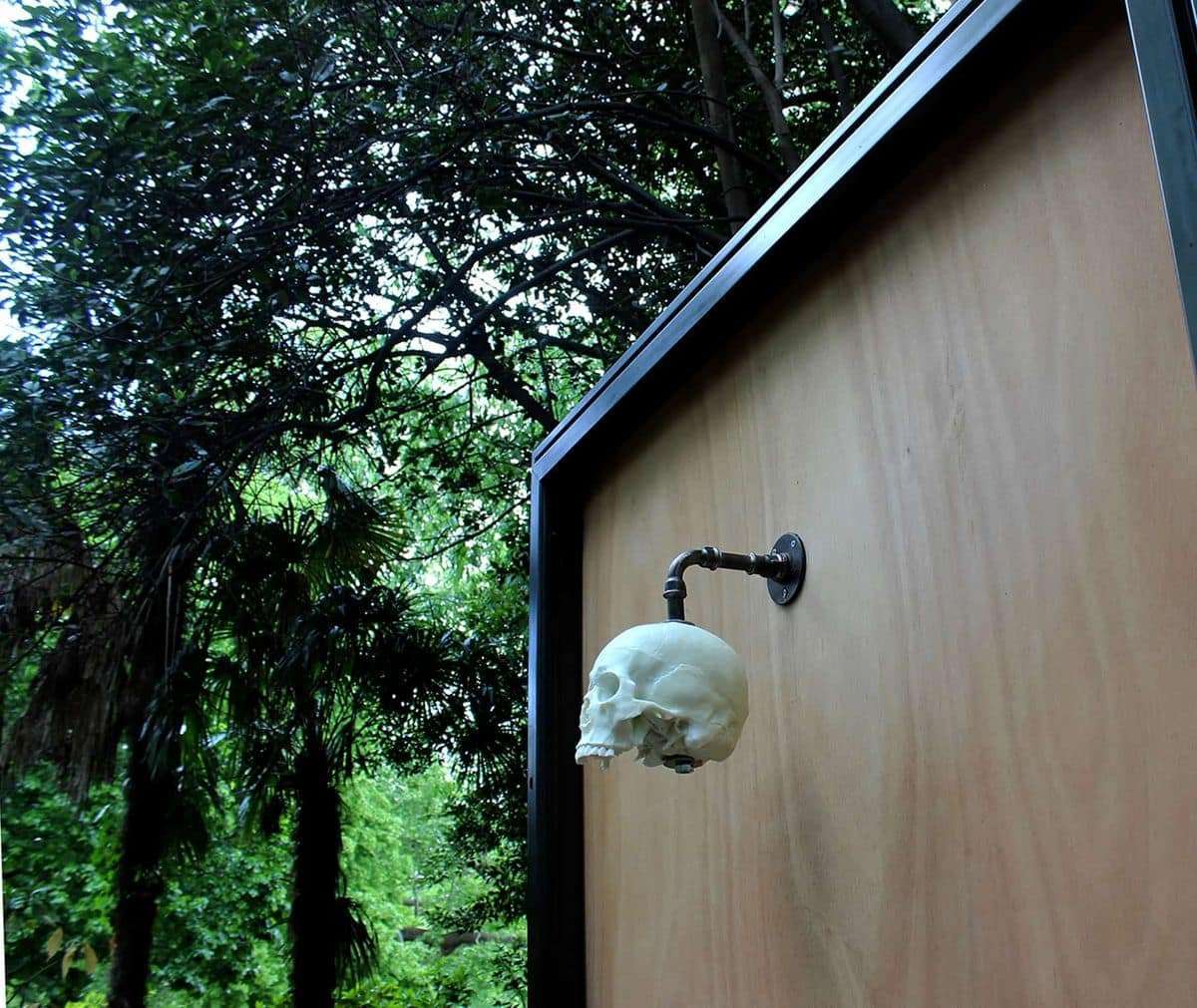 This work has been realized espacially for the 10e édition du festival des arts éphémères (frottement) in may 2018, Marseille, France.

After is Bachelor of Applied Arts, Victor Remère joined the National School of Art and Design of Nancy, France, in 2009. He realized, in 2011, a year of studies at "Concordia University" in Montreal, Canada, and then obtained the following year a Master Degree.
In 2013, he joined the postgraduate program "Creation and Globalization" in Shanghai, alongside Paul Devautour, and at the same time ran a research residency at the "Experimental Center of Shanghai University". Since 2013, he is mainly working in the context of artist's residencies, in France and abroad. He is now living in Toulon, France, since September 2018, where he intervenes as an actor in the development of a cultural incubator project, "Le Port des Créateurs". He is also currently leading an ambitious research project on the biodiversity found in some military areas. This project is supported financially by the DRAC (Regional Directorate of Cultural Affairs) and the French Navy.