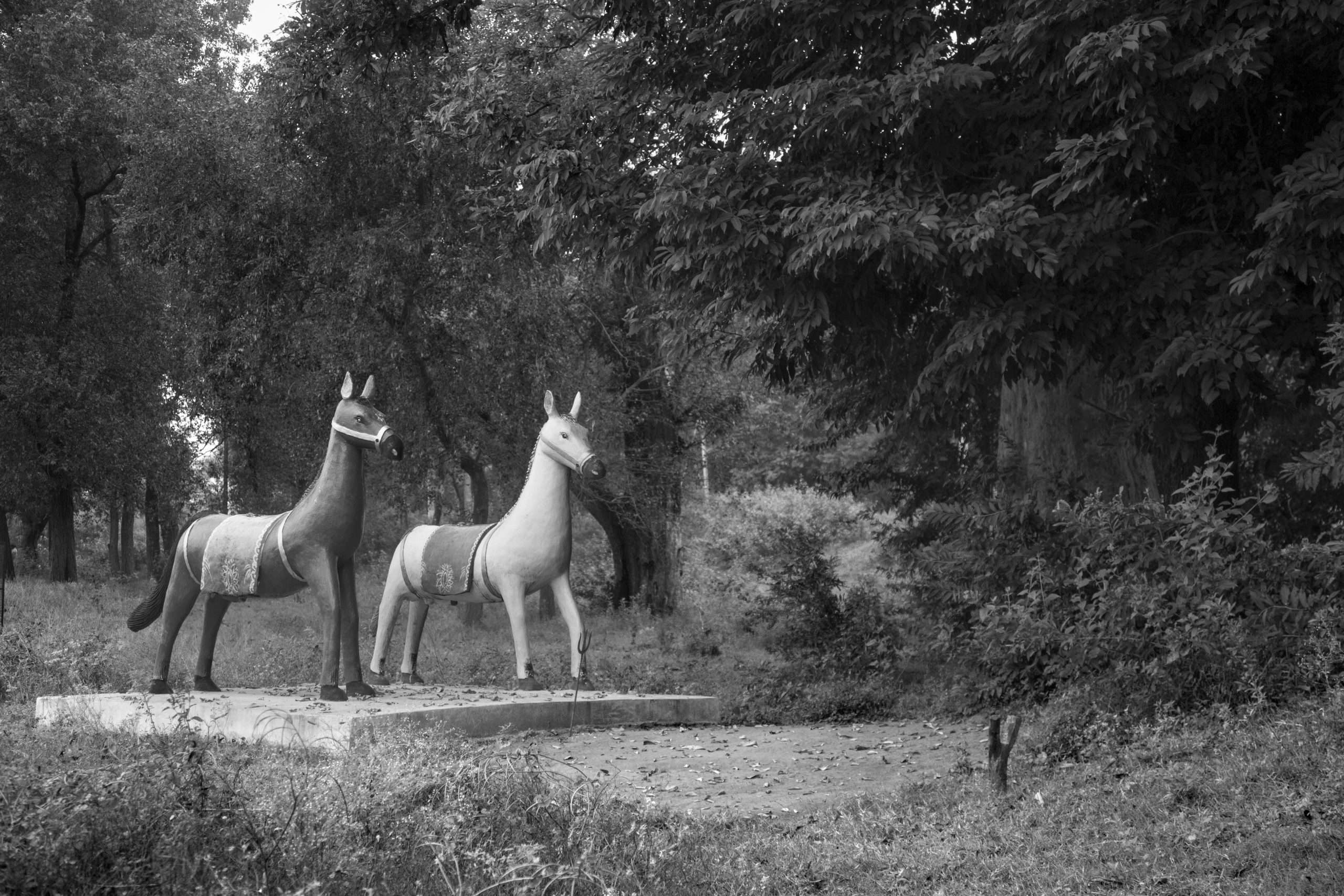 The still-life photograph is my foray into the constructed habitats of animals and the evocative illusions of nature. The animal protagonists are intended to delight and entertain, their cast shapes a fictionalized exposure to nature. In choosing to photograph animals as still-life as opposed to real wildlife photography, I bring a timely discussion on the dynamics of environments and the relationship between the human and animal worlds. My dialogue is between the existentiala of the two dominant hierarchies of the animal kingdom and how they perceive and interact with each other. The human gaze is objectifying and classifying and the very installation of animals as aesthetics suggests an encroachment of territory. Conversely, the animal spirit, though embedded in the circle of life and divinely touched by the self-sufficiencies of Mother Nature, shrinks in comparison and as spectators, we begin to lose sight of the most important dimensions of our own existence. 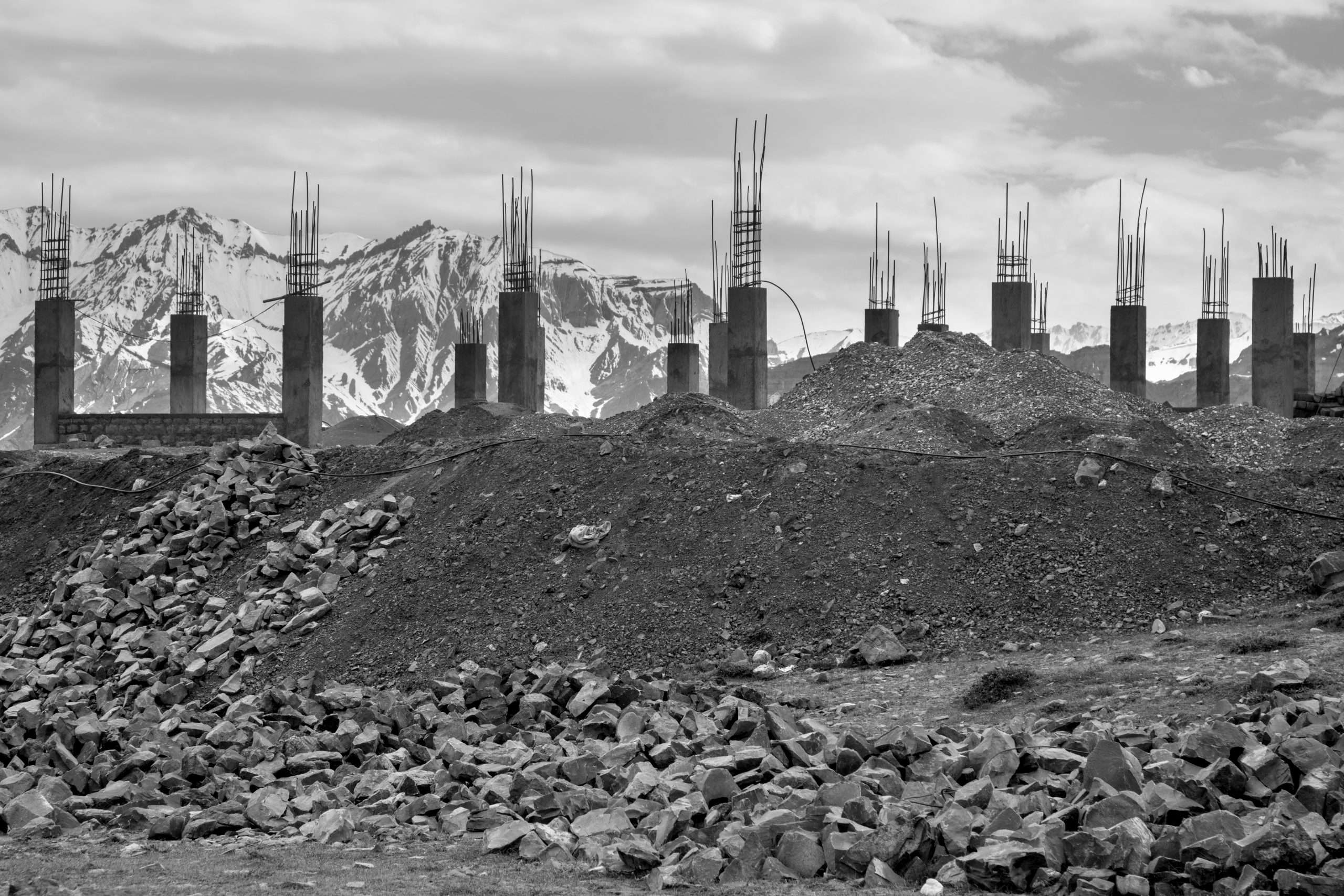 The photograph is an update on the pristine vistas of romance and mystical power of the Himalayas, most memorably photographed by Samuel Bourne in the 19th Century. My attempt was to see India through a different lens. I have chosen to document the pristine beauty with scars of industrialization.
There is a new criticality which eschews easy emotional traps. The photograph is in richly toned black and white – avoiding the easy seduction of colour. The reductiveness and abstraction of the black and white image reinforce the stark and almost beautiful post-industrial landscapes which are the Himalayas now. The misty vistas are clouds of dust from landslides caused by road building. The roads themselves scar in poetic loops over rocks and pasture. No human being is visible, only the marks of their enterprise. This is the poetry of India now; India that is welcoming post apocalypse, standing on the entrance of dystopia. 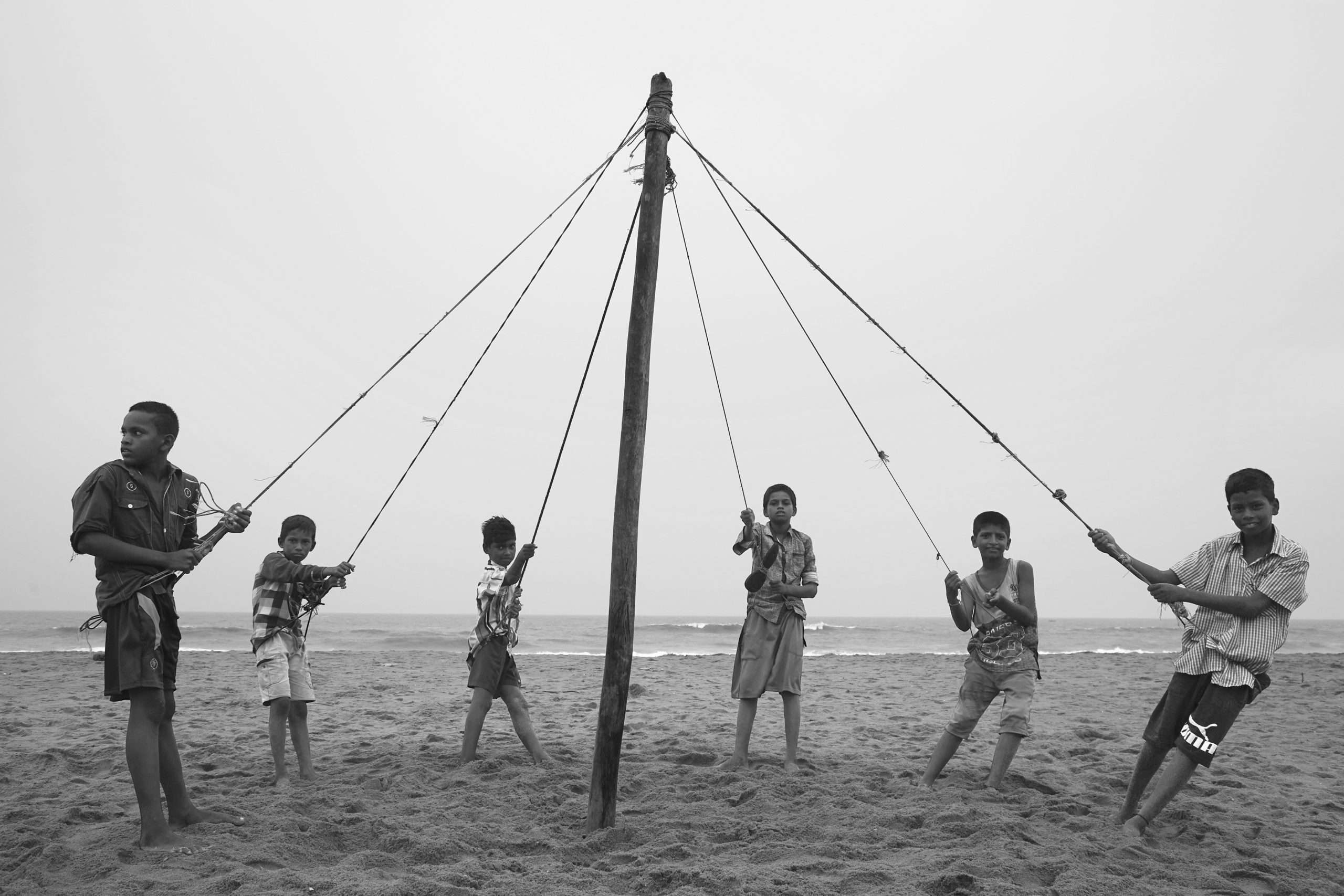 My subject matter is imbued with the arresting tranquility of a moment of pleasure found outdoors. It examines the psychology and principles of childhood games as performed specifically by underprivileged children living in major Indian cities, who have limited access to toys and are instructed or expected to share their belongings with other children in the community. I highlight how the photograph feature groups of children, representing the largeness of communities and the logistics of play.
My protagonists display boldness and confidence, inventing activities using humble found objects and their imaginations. For me, the idyll of childhood is preserved by a culture of curiosity rather than access to resources. In capturing the crux of innocence framing childhood experiences, my photograph demonstrates an expressionist quality that render them emotionally pliant and narratively relatable, regardless of background.

Originally from West Bengal, Vicky Roy ran away from home and worked as a rag picker at New Delhi Railway Station, before being rehabilitated by an NGO, Salaam Baalak Trust. He studied photography at Triveni Kala Sangam and undertook a course in documentary photography at the International Center for Photography, New York in 2009.
In 2007, he held his first solo exhibition titled, “Street Dream” at India Habitat Centre, New Delhi.
In 2008 he was selected by the US based Maybach Foundation to photo document the reconstruction of the World Trade Center in New York.
His first monograph ‘Home Street Home’, was released in 2013 in New Delhi.
His solo show “This Scarred Land: New Mountainscape” was exhibited at Vadehra Art Gallery, New Delhi in 2017.
He was part of Houston FotoFest Biennnial and Kochi Muziris Biennale in 2018.
‘Scraping the Sky’ was exhibited at Asia Society Texas Centre in 2019.
He was awarded the MIT Media Fellowship in 2014 and listed as Forbes Asia 30 under 30 in 2016.