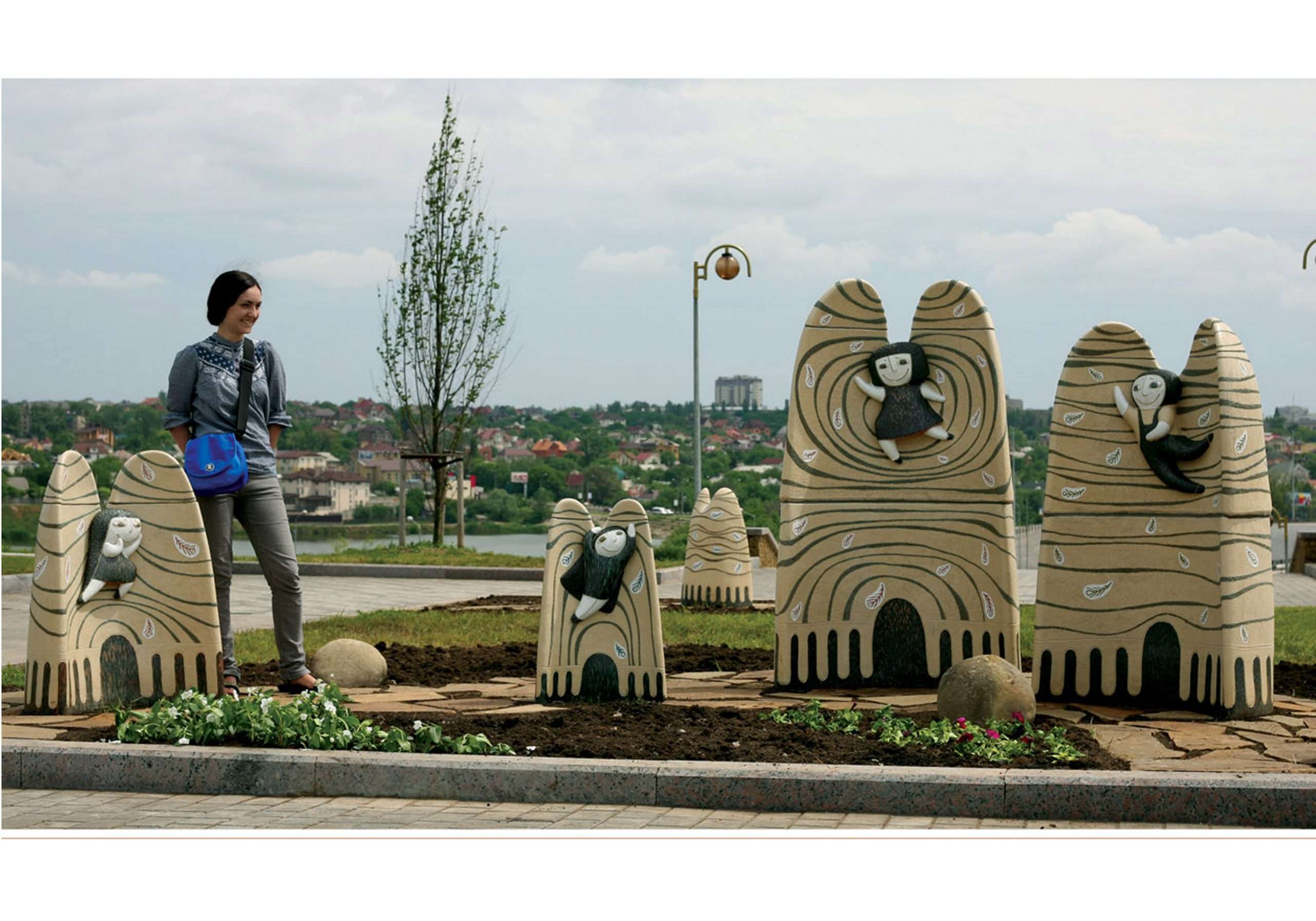 This composition is part of one large park sculpture project "Musical Park" in the city of Donetsk which installed in 2012. The park is designed for walks with children, so the theme of the compositions is close to the children's theme. Five Angels are located on a long lawn, which is the first sculptural composition that visitors see at the entrance. Angels meet people and wish them a good day. "You taught stone to fly" – my grandfather said once. He meant clay, heavy as a stone, but having such a light image in it. 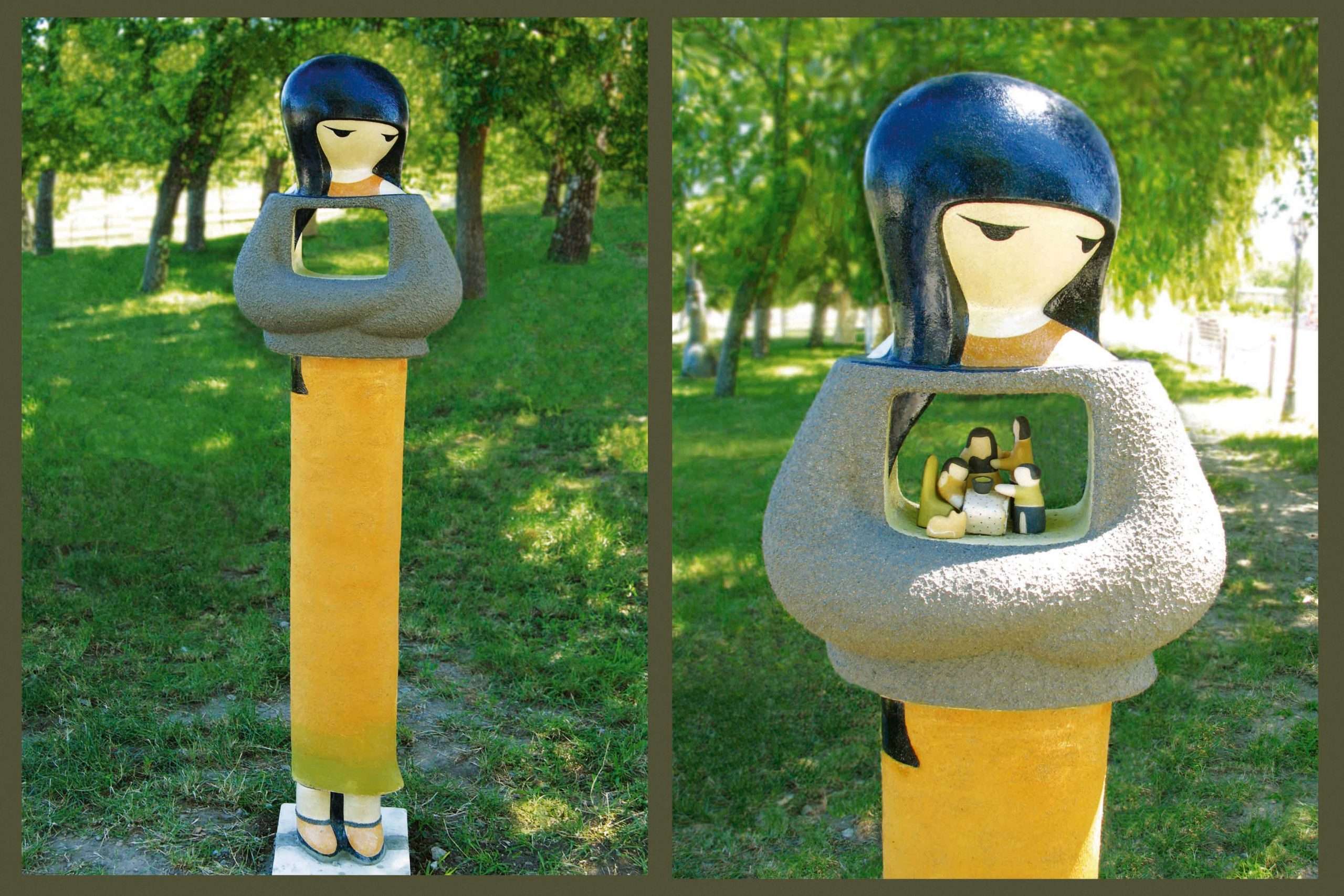 Embrace. Hugs something that is always with you – deep in your soul, it is a love for the family, home, home city and Homeland. Sculpture installed in the yard of “Dyvosvit” boarding school in Zaporizhia region, Ukraine. 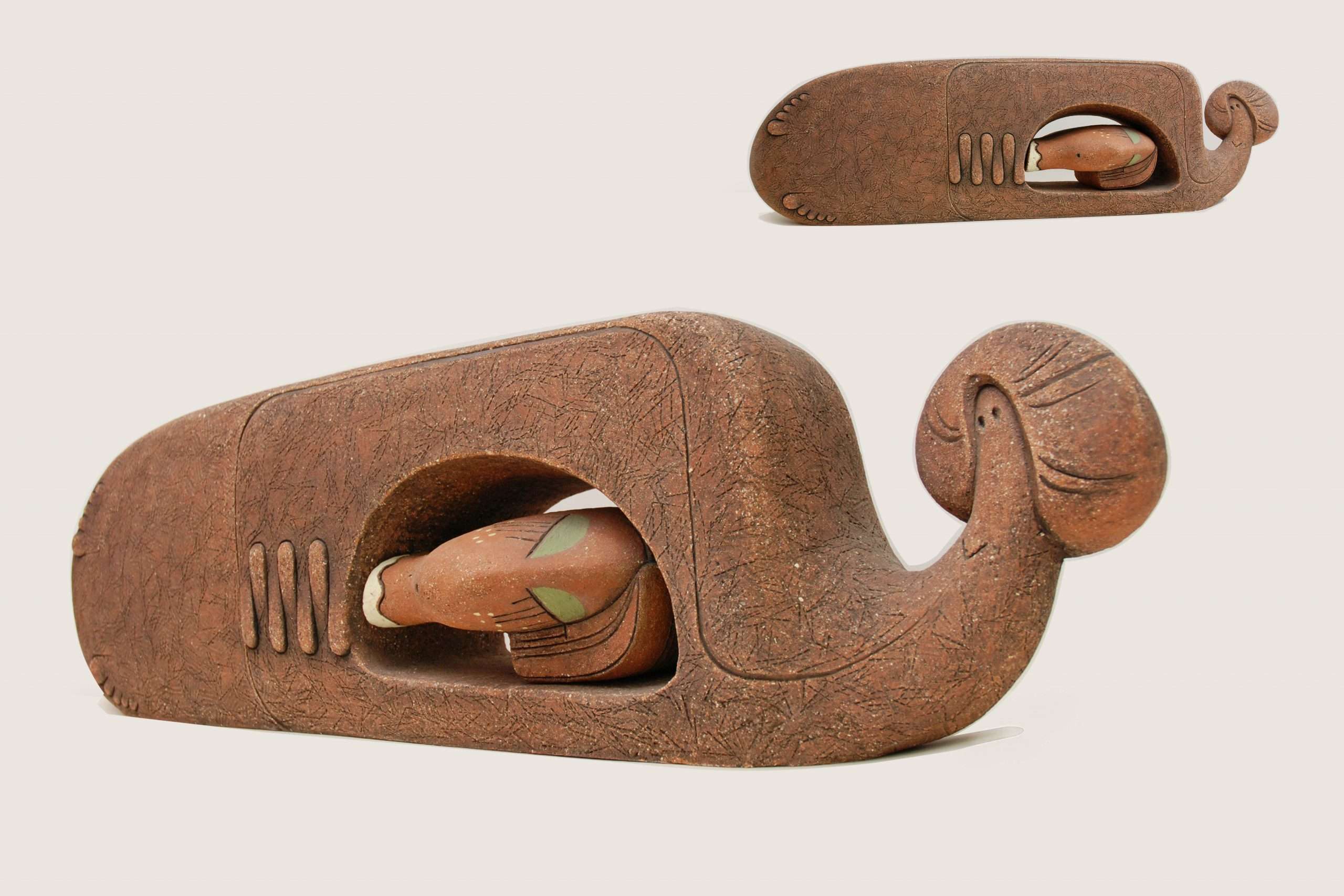 The work was done in 2006, when mobile phones became widespread and began to occupy a significant place in everyday life. Noticing that people literally merge with technology, earlier it was televisions, tape recorders, now such phones, I created works on this topic. In this sculpture I show the dense interaction of human and technology, as well as nature, which we can see through the hole in the form. The mobile phone becomes like a close friend, we get up and fall asleep with it, we get scared if it is not near us, that's why its image is personified here.

Since 2005 participant of more then 120 regional, national and international exhibitions, symposiums, festivals and art residences.
Works are located in collections in Bulgaria, Poland, Belarus, Slovakia, Montenegro, Switzerland, Ukraine, Cyprus, China, Japan.
Ceramic works are kept in the Museum of the Collegium of Arts in Opishne in Ukraine, in the Museum of folk architecture in Poland, in the Changchun Gallery of International Ceramics in China and in the museum of the Shigaraki Ceramic Cultural Park in Japan.