Elsie Slonim was a Jewish who was born in America during the I. World War. In 1939, she has met her husband in America and they moved together to Cyprus. As a Jewish, she had deeply experienced the pain of the II. World War as she lost all her relatives except for her immediate family members in the Holocaust.

During the II. World War, they had been sent to Israel as refugees by the British Government in Cyprus. However, they returned back to Cyprus after the war.

She lost her husband and her two children between 2005 and 2011. When I first met her in 2015, she was 98 years old and she was the only civilian living in the military Buffer Zone, which separates two communities in Cyprus, created after the war in 1974. She could only be visited with special permission. 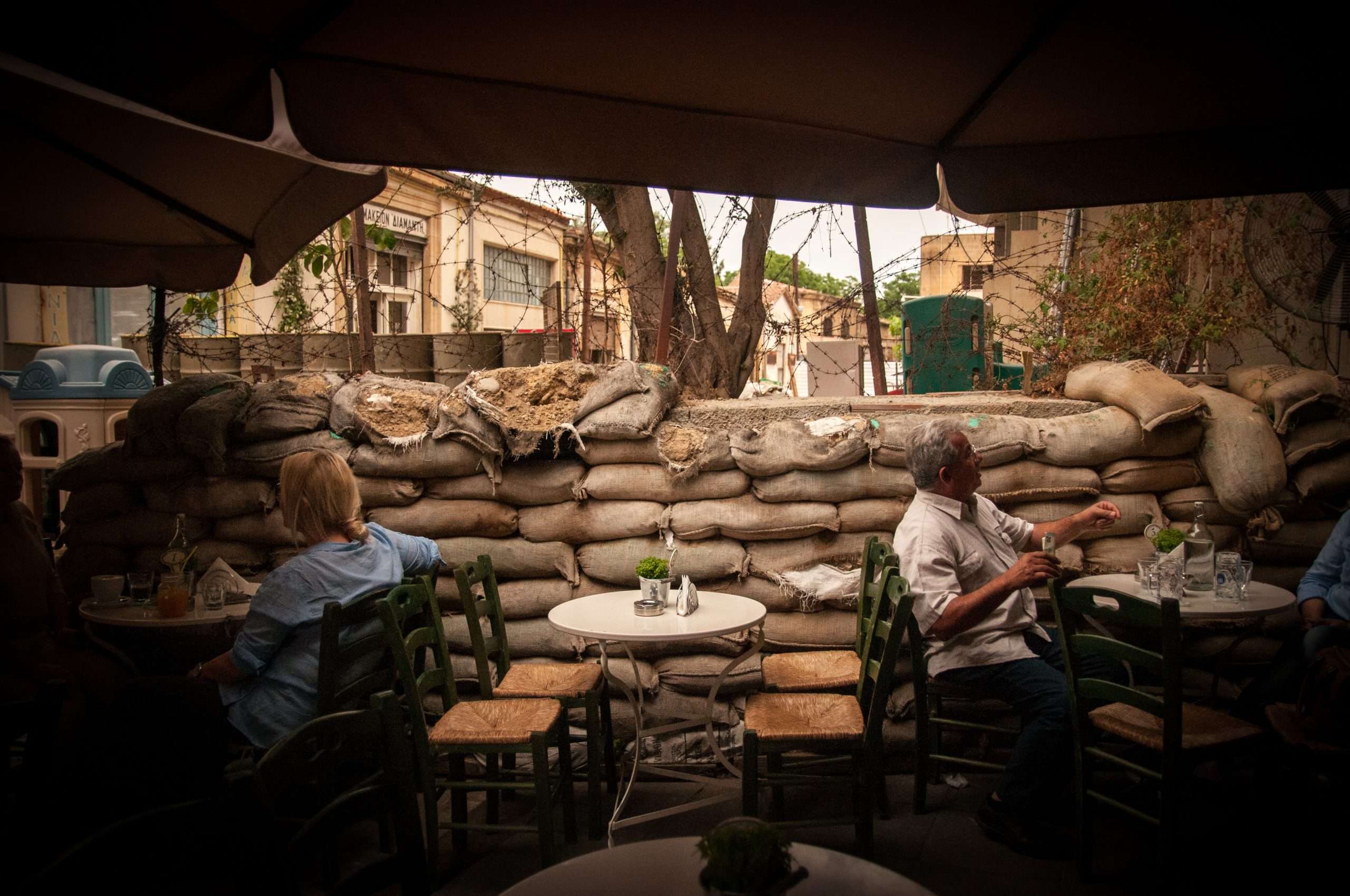 UN Buffer Zone of Cyprus was first set in 1960s and became impassable after the physical and communal separation of the country following the division in 1974. Nicosia is the last remaining city in the world and physically divided from east to west.

Many people of both communities had to leave their homes and their memories behind and move to ‘the other side’, either south or north of the country (as Turkish Cypriots moved to the northern part whereas the Greek Cypriots moved to the southern part). Until the checkpoints were first opened in 2003, people were unable to cross over to ‘the other side’ and visit their houses and old friends. For over the last 50 years, only the Turkish, Greek and UN armies are located inside and the houses and shops became derelict within the UN Buffer Zone. In this project, I examined inside the Buffer Zone and the life that continues along the border while the local people keeping on their daily life, ignoring the existence of the division.

I am a documentary photographer based in Cyprus. I started photography as a self-taught photographer with a sincere passion in 2006. However, at some point, I decided to take my photography to a next level and after many short courses, workshops and a foundation degree, at the moment, I am doing my PhD in Arts where my specialization is on photography.

I use photography to tell stories of the people and the places and my areas of focus are mostly covering war, conflict, aftermath of the war and refugee issues. In 2017, I had two solo exhibitions which were in Uppsala Festival, Sweden and Public Art Festival, Cyprus. I had also duo exhibitions as first one was in Cyprus in 2014 and the second one was in Vienna in 2017. I have won many local and international awards and participated in many group exhibitions where the latest group exhibition that I took part in was The Rencontres d'Arles in 2019.