Nature and creation, division and composition. Thodoris Trampas delineates a process of union through destruction, and the need for reconciliation with the other side. In an enclosed space, six metres by seven, for seven weeks and eight hours each day, the body is set against the material world — a large piece of rock — in order to create its replica in plaster. This copying, this repetition, is a way of experiencing the existence of nature from scratch. Smashing the rock differentiates the copy from the original, and the resulting fragments accumulate and change the mass of the material — transform it, give it new form.

“Synklisi” is an open to all participatory performance. An interactive performance that tries to connect all kinds of physical expression, in order to highlight the union points between the arts. 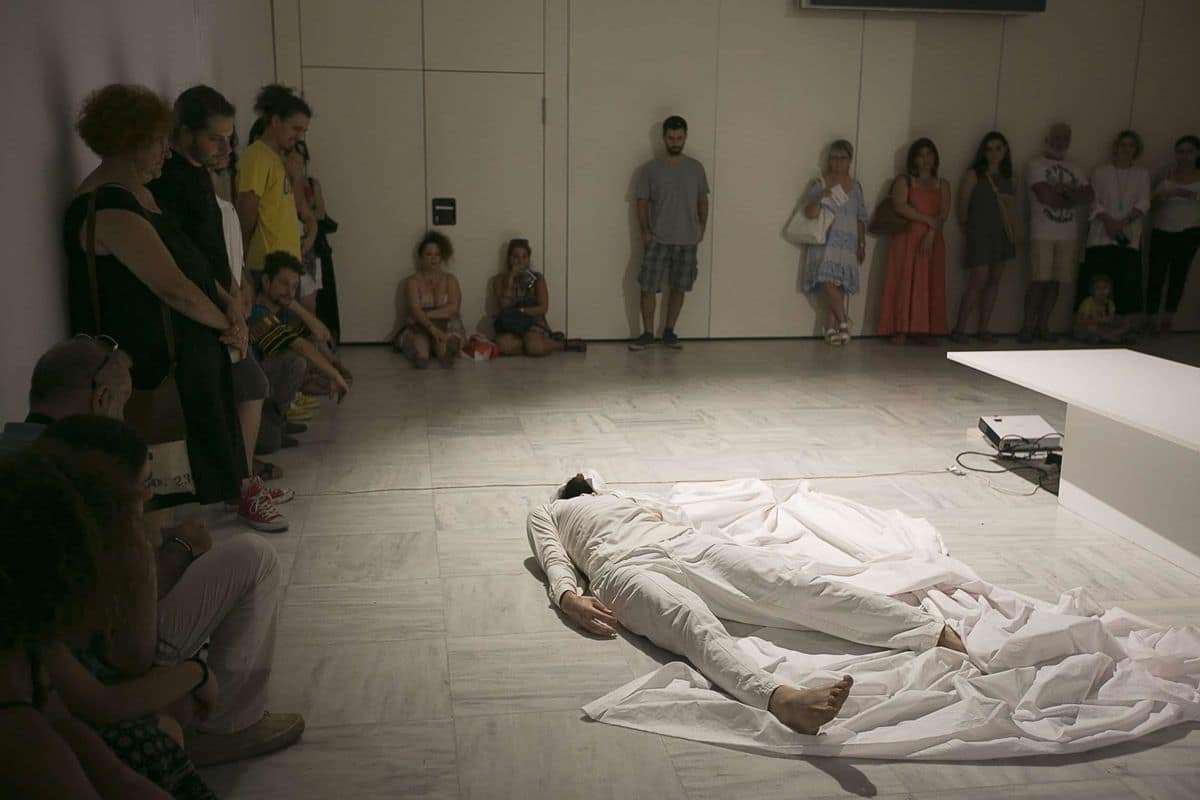 Death is nothing more than the separation of two things, one from the other, that is, the soul from the body. —PLATO (Gorgias, 524B)

This particular project is a performance trilogy that is part of the theme of the “soul” that took place at the Macedonian Museum of Contemporary Art in the wake of the Inspire Project 2017. It deals with the body as a simple form, characterized by its matter and its form, as a podium exhibit that the human created to honor his existence. While it then crawls like a worm through the soil ready to leave the body the soul. Finally he ends up dead and at the same time alive, tells the story, reveals his weaknesses, and reveals his secrets.

Thodoris Trampas is a visual artist who has been working with performance art and installation in space.In 2010 he was admitted in the School of Fine Arts in Athens where he studied painting under distinguished professors like Giannis Psychopaidis. He is a scholarship holder of the Master program: “Education Sciences-Special Education” of the University of Nicosia. He teaches performance art in “physical workshops” where he focuses on exercising on basic elements and mechanics of visual performance. In his eight-year career, his work has been included in a book titled Contemporary Performance Almanac 2017, and has been featured in international and domestic journals and magazines such as the New York Times. Finally, he has presented his works in group exhibitions and festivals, both in Greece and abroad in Latin America, India, Tokyo, Egypt, England, his projects are kept in a private collections.