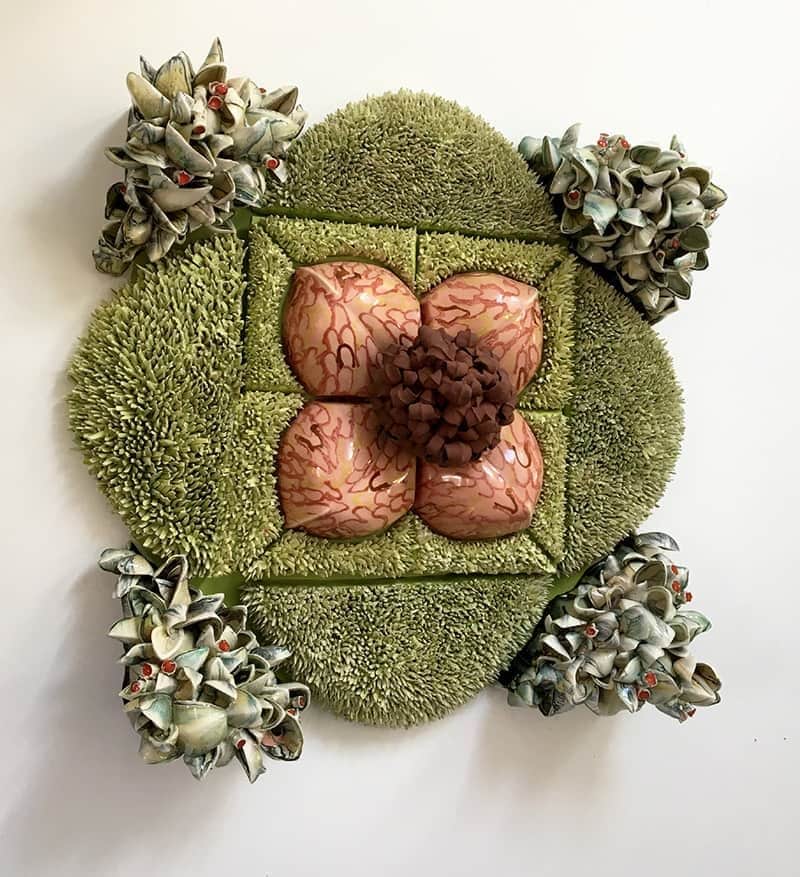 Nature is defined as something separate from humankind, existing independently of us. Yet this definition is flawed because it tells us we are disconnected from and other than nature. Because of this distanced mode of thinking, a conflict has arisen between nature and culture. Contained Chrysanthemum portrays geometry and strength in nature by utilizing the chrysanthemum from historical Chinese painting. Chrysanthemum blooms symbolized the virtue to withstand all adversities. 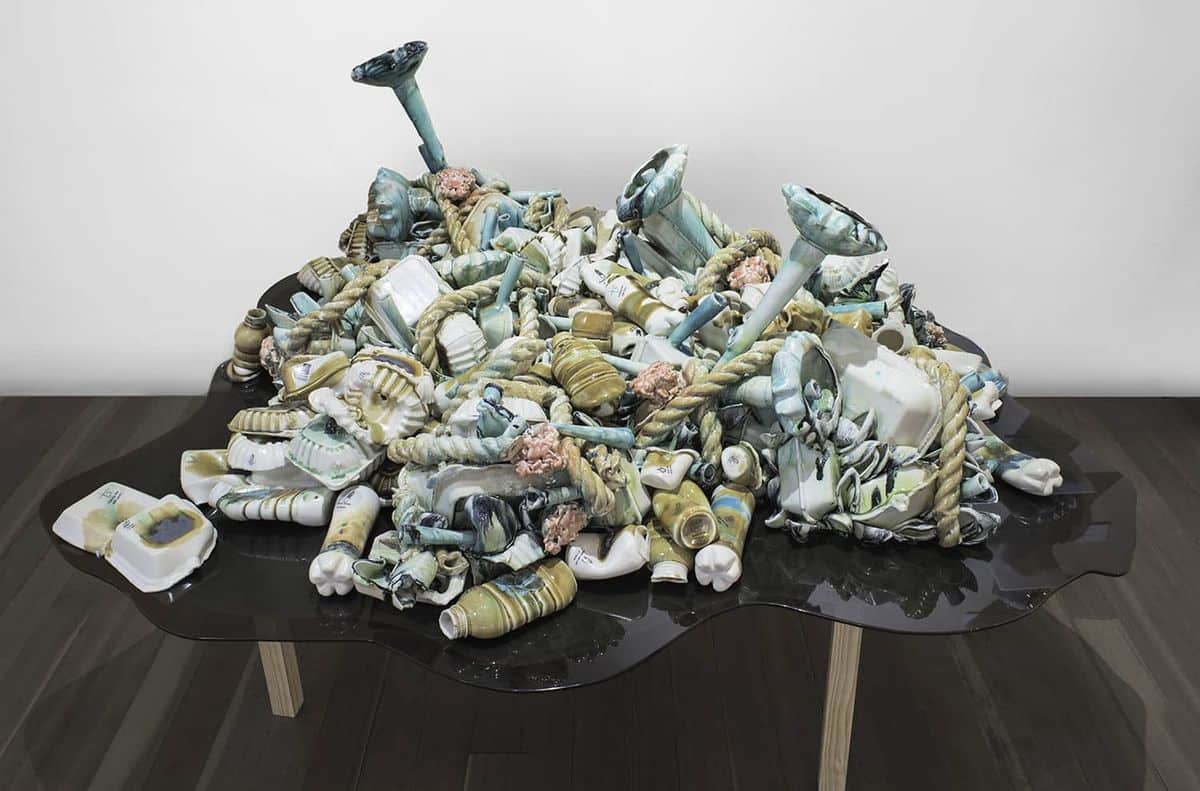 There is a new “geological era” of plastic coating the earth; debris concentrations that are choking our oceans, killing marine wildlife, and soon microbes of plastic may be found in our food production reaching the human system.
Generated from our society’s abusive pattern of overproduction and waste, this concentration of debris sits afloat in our oceans being bleached by the sun. Surprisingly, a few floral looking forms emerge out of the pile presenting the idea of hope.
This affects every human being, and with awareness, we can all play a part to recognize and address the threat.
Each piece of debris is labeled with the material and how long it would take to biodegrade.
As an interactive piece, the viewer was encouraged to pick up a piece of trash from their environment. Even with a huge response the “pile” never seemed to lessen.

Hexagons spouting ceramic forms shift as they move across the four walls of the space, each grown over by nature. Ceramic forms turn into drawings experimenting with expanding the dimension, creating a relationship between 2D and 3D form. Small ceramic pieces erupt in and around the hexagons bridging the gap between the two mediums. The progression documents the changes of plant growth as the natural environment transforms into a new landscape implicating the importance of our ecosystem.

Beiner's artwork references the current landscape and how she is influenced by various living environments and cultures. One of the most pressing concerns in nature today is the environment. Endangered insects such as bees, the deforestation of trees and their renewal, and the reality of genetic engineering are some of the topics she explores. As a viewer we are challenged by our own perceptions of what is authentic and what is not. Like scientists who investigate and codify the world to understand how it works, she organizes the world, and reimagines it in news ways and then expresses her experience of it. Her work is included in numerous permanent and private collections, nationally and internationally, with most recently the Yingge Ceramics Museum, Taiwan.
Since 2006 Beiner has taught at Arizona State University and in 2015 she was named the Joan R. Lincoln Endowed Professor in Ceramics.