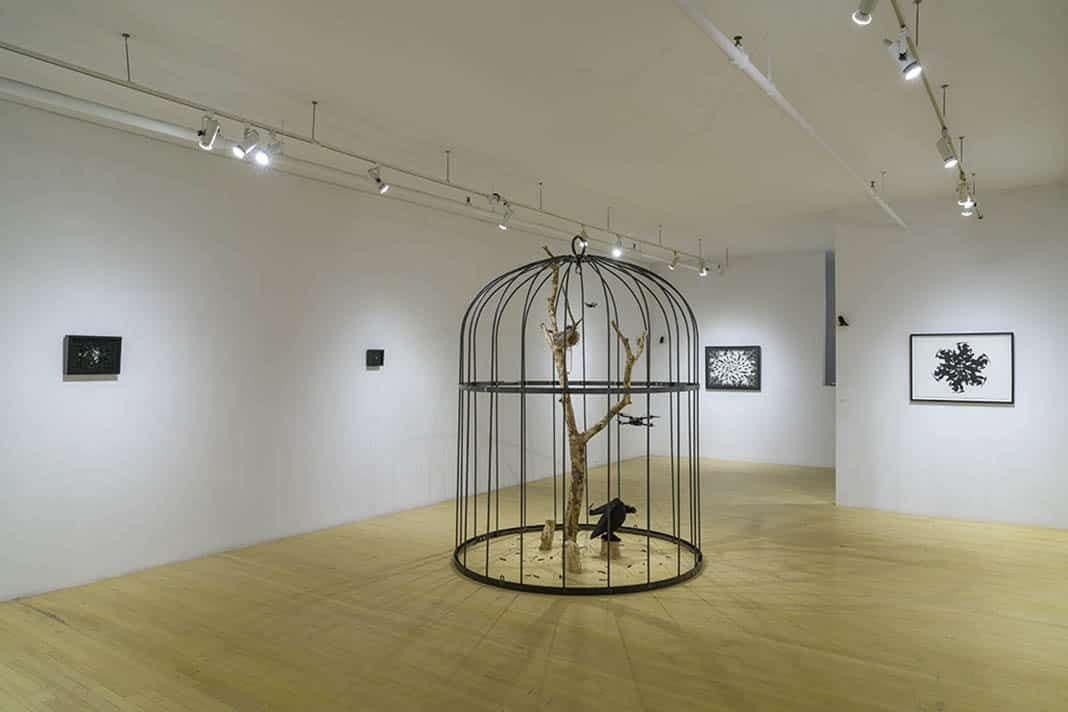 History, political conflicts and human behaviour are Stéphanie Morissette’s favourite areas of interest. In view of the interconnection of these topics, the exhibition « Les curieux empires coloniaux » offers a vantage point on colonialism by highlighting certain all-too human quirks such as greed for possession, scopophilia (a drive to look so as to derive pleasure from it) and objectification (meaning the act of treating a person or an animal as an object or a thing).
From 1500 to 1950, Europe’s various colonial empires affected the cultures, peoples and ecosystems of the territories they violently appropriated in order to then exploit and study them. During that period, human sciences and natural sciences became more important as ways to record the world’s specimens (even human ones) and often exhibit them as curiosities. Collections of exotic animals (both dead and alive) as well as private menageries became fashionable for the pleasure of the wealthiest social classes.
More than ever, similar actions are going on. The conquest of territories for the exploitation of resources and the subjugation of peoples is unfortunately still topical. Inspired by texts by Edward Said and the theories of Laura Mulvey, Stéphanie Morissette has done the reverse exercise of inverting the viewpoint, turning it towards the original spectator. Thus, in « Les curieux empires coloniaux », the colonizer becomes an object of curiosity for nature itself.  Rather like an anachronistic museum of natural history, Stéphanie Morissette’s exhibition stages curiosity cabinets that display unusual artefacts and works mostly made of paper where nature is observing visitors through peep holes and through paper feathers. Aviary consist of a giant metal bird cage ( 244 x 183 x 183 cm) in which drones are displayed like contemporary specimens of nature. Technology is now part of nature and therefore becomes new specimen to study and exhibit. This work is part of the installation The Curious Colonial Empires where visitors are observed by paper vultures, by nature through peep holes, paper feathers and branches. The object of curiosity is not nature, but we as human and the technology we use. Emptied? is a work in progress started in 2006 where video and photo images shows a person walking with giant fishing hooks on a beach or emptied lakes. It consists of videos, photos of the performance in sequences and the suspension of the steel fishing hooks in the space. The hooks are giants compared to normal fishing hooks and are attached with slipknot to reflect on the over-exploitation of natural resources which in returns kills the industry itself that can no longer survive on an absent resource.

New footage was added in 2013 for this new photo sequences, titled Emptied? Sysyph, which shows in repetition the absurdity of trying to fish in emptied waters.

in 2019, Emptied? will be filmed in a lake emptied in the 1950s in order to exploit the asbestos vein under its bed. This new version of this work will consist of filming the performance where the artist descend this emptied lake which is now a closed asbestos mine, filmed through animal and nature’s point of view, to show as well the impact of human behavior on its ecosystem.

Canadian multidisciplinary artist Stéphanie Morissette holds a Bachelor’s degree in Art History and Studio Art from Concordia University in Montreal and a Diplôme d’études supérieures spécialisées (DESS) in Artistic International Cooperation from the University of Paris-VIII. She has taken part in several international residency programs, e.g. in Canada (Banff Center), Iceland, Finland and Germany. Her works have been shown in England, Belgium, Canada, China, Germany, Spain, the United States, Finland, Iceland, Poland, Syria and Turkey, as part of major events such as the International Symposium of Electronic Arts (ISEA) in Hong Kong (2016), the Women Make Waves Film and Video Festival in Taiwan (2011), as well as the 10th Istanbul International Biennial of Contemporary Art (2007).