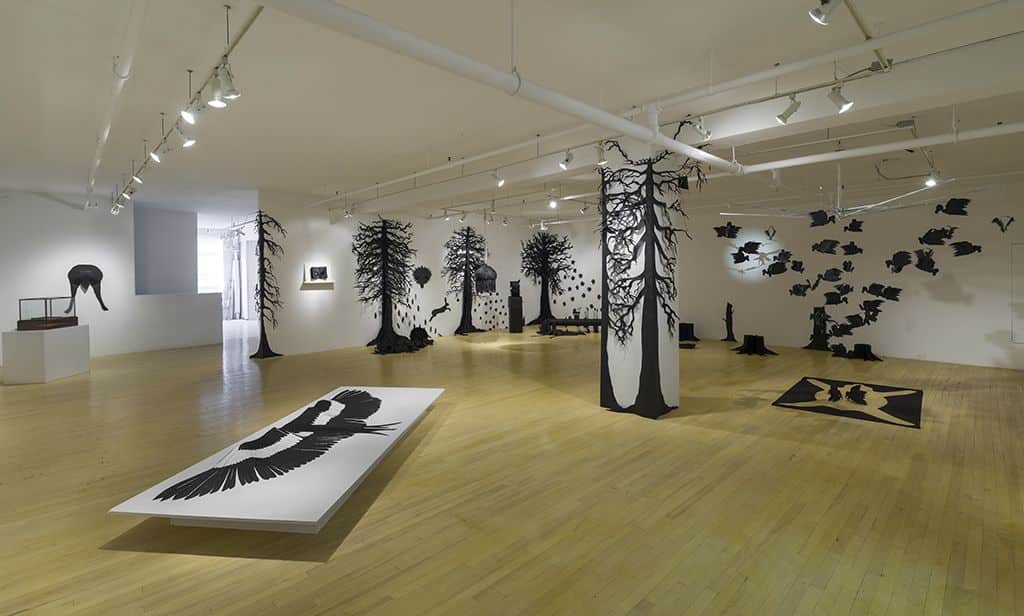 View of the exhibition L’inquiète forêt (Troubled Forest), presented at the Gallery Dominique Bouffard in Montréal from September 3 – 27, 2015. A forest made of paper is anxious about its future, animals are mechanically transformed, a leaking pipeline is engulfing a deer, threes have been cut. The exhibition presents works made of paper as well as a drawing animation of vultures flying. 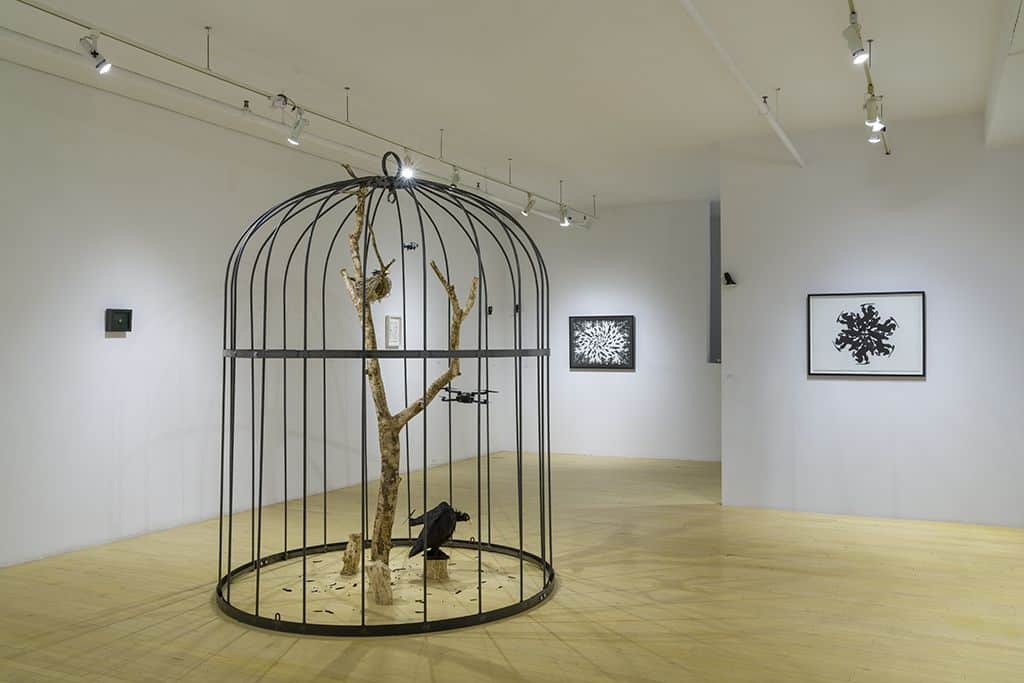 View of the exhibition presented at Gallery Dominique Bouffard in Montréal Nov 16-Dec 23 2017. This exhibitition presents the other gaze, the point of view of nature towards humans. A large bird cage made of steel is occupied by fake birds. What we see here are drones disguised as birds with paper feathers. These drone-birds present a false exotic world, a transgression in Darwin’s theory of evolution, which makes us doubt the history of animal species and our knowledge of it. The false animal representation, exhibited here in a cage, is also a specimen used for surveillance and spying. The visitor is observed by the drone, itself controlled by an unknown force. Aviary allows us to question these hybrid specimens and drones that are ever more present in our environment, in the sky among the birds, and in the airspaces of other countries spied upon by our governments. 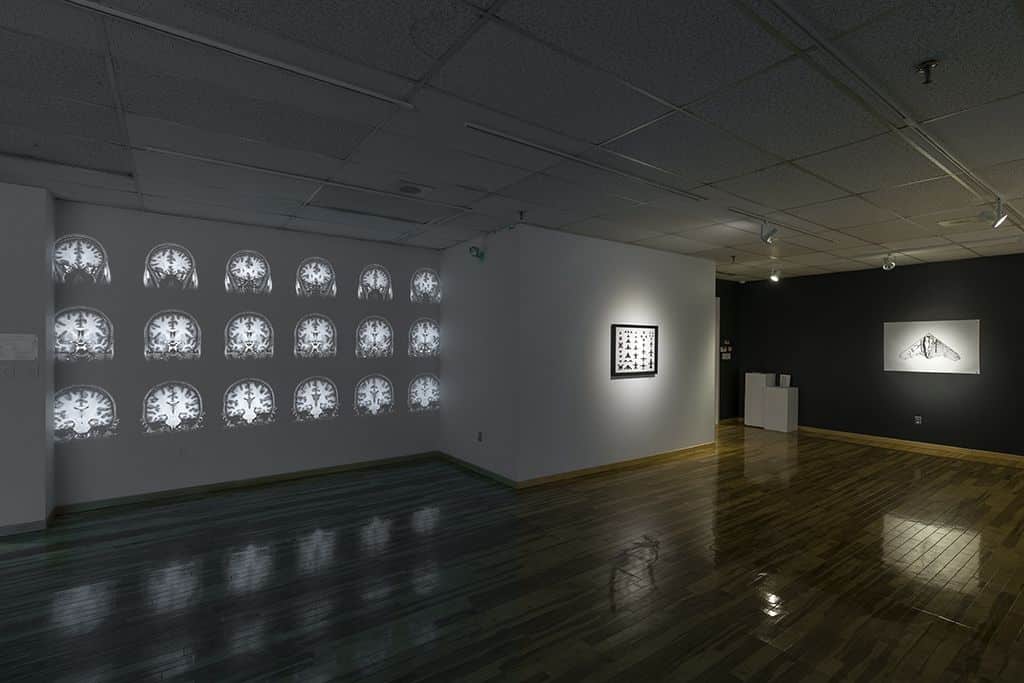 Transmutations exhibition, Gallery Les 3 C, Centre Henri-Lemieux, LaSalle (Montreal), March 16- April 13 2019. Transmutations follows a reflection by the artist on the notion of an evolution of nature towards a hybridity between living creatures and technology. In this exhibition, it seems horizontal gene transfers happened between military drones and manta ray, between falcon and a military plane called blackbird, and between a tank and a scorpion. An entomology collection of insect-drones is displayed as well as a video of MRI brains that seems to have tumors in shapes of military objects. The exhibition presents works in paper as well as video instalallations.

Canadian multidisciplinary artist Stéphanie Morissette holds a Bachelor’s degree in Art History and Studio Art from Concordia University in Montreal and a Diplôme d’études supérieures spécialisées (DESS) in Artistic International Cooperation from the University of Paris-VIII. She has taken part in several international residency programs, e.g. in Canada (Banff Center), Iceland (Straumur Art Commune), Finland (Tapiola Guest Studio) and Germany (Pilotenkueche). Her works, video and/or exhibitions, have been shown internationally as part of major events such as the International Symposium of Electronic Arts (ISEA) in Hong Kong (2016), the Women Make Waves Film and Video Festival in Taiwan (2011), as well as the 10th Istanbul International Biennial of Contemporary Art, Nightcomers (2007). Stéphanie Morissette won the Quebec Art Council Prize – Artwork of the year 2017 in Eastern Township (Qc. Canada) for her exhibition L’inquiète forêt (Troubled Forest).