Make your dream space derives from a performance I did beginnings of March, just before covid-19 hit Greece. For a long time I have been looking in online platforms for apartments in the centre of my home town in Thessaloniki, as my husband wanted to move central and if possible in a period house. Looking at these websites became a repetitive ritual. At some point I was invited to participate in a group exhibition in Casa Bianca, the municipal Art gallery of Thessaloniki which a century ago was a house. I did a performance where I booked a charged ikea service described with a tag line ‘Make your dream space’. I went to ikea with my husband and we pretended that we would inhabit this house. We showed to the interior designer the architectural sketches of the main floor (where the exhibition would take place) and we discussed about our family needs in order for him to make the ideal proposal. Without really knowing he was acting as the curator. 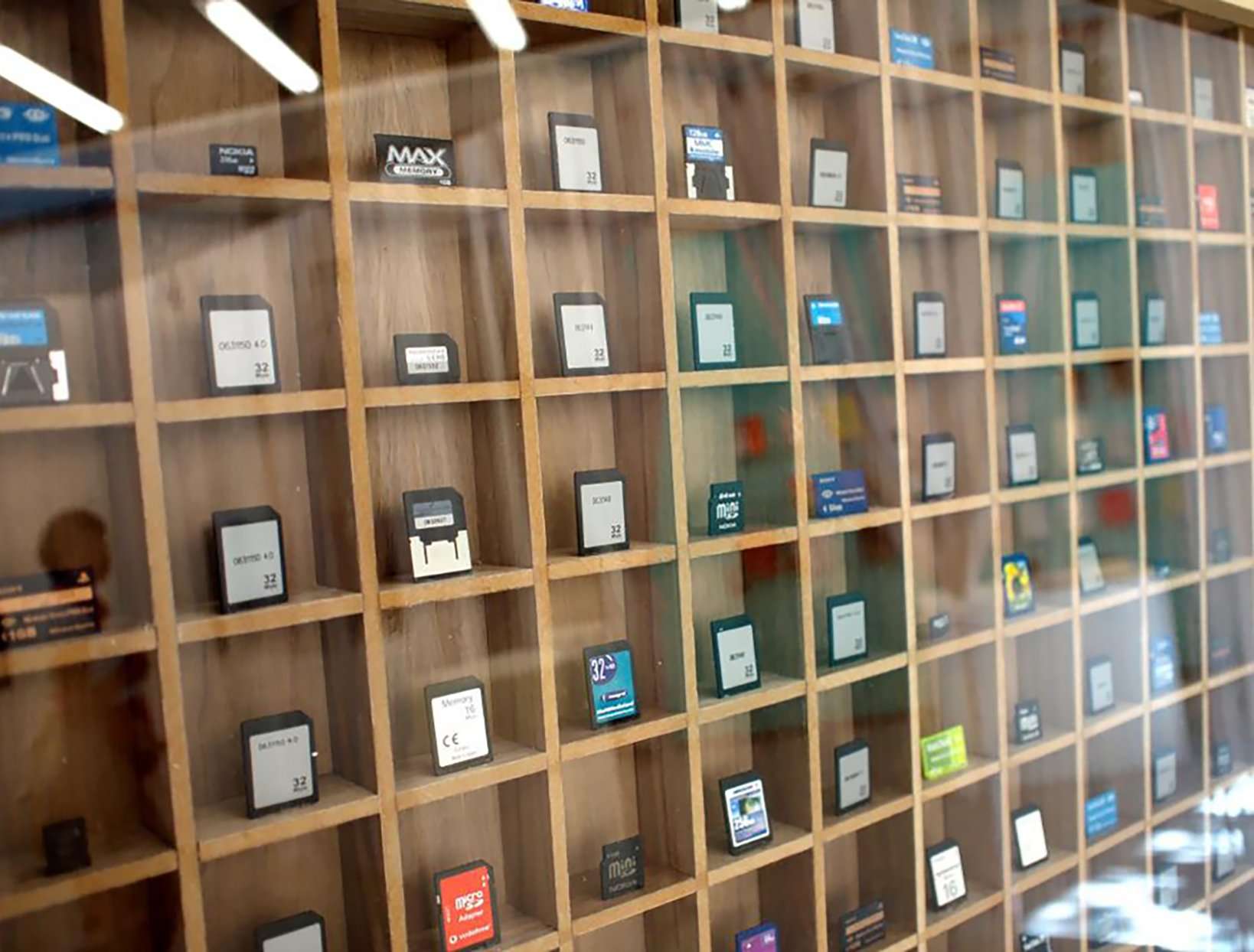 For several months I have been gather- ing memories from eBay. Collecting is a way of validating things. It is a repeti- tive ritual that could be character- ized as obsessive. It is often associated with time, a kind of archaeology that reveals memories and nostalgia. I was intrigued to see the content and I started checking the folders. There are pictures, videos, texts, playlists with music and other per- sonal documents. Even though we are very used to peeping at private things that we are not supposed to see, for ex- ample with the use of social networks like facebook, I felt that I should not be watch- ing this, especially after watch- ing an odd video. It is quite possible that many of these memory cards were lost or stolen. ‘Remembering to forget’ is
a collection of 300 used memory cards, stored in a cabinet that resembles to museum collections. It is a public work consisting of tiny gadgets that contain in their virtual space personal histories. 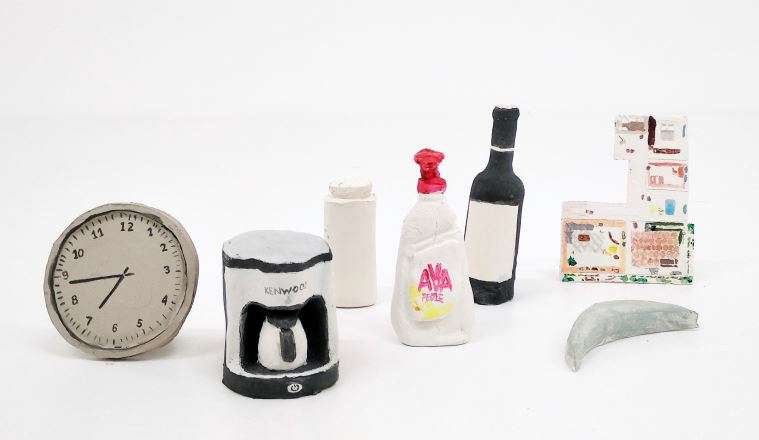 The starting point of this project is based on the activity of scrolling estate agent’s websites. I started saving in digital folders
the images of estate agents that contained wall hanged artworks and put them in categories i.e. paintings for the kitchen, paintings
for the bedroom etc I recently started painting these interiors. Due to the confinement the interiors were massively exposed through
live broadcasted meetings etc and I wanted to explore further these interior spaces when the restrictions ended I started arranging
viewings pretending I want to rent or buy the flats and documented the performance with video and audio. With the use of clay I
make miniature replicas of the objects that are left back in the space from the previous owners and also architectural top view layouts with versions of how I imagine the flat if I would live there.

Stella Ouzounidou was born in 1987 and lives in Thessaloniki. She did her BA in Fine Art (Drawing) in Camberwell College of Arts and completed her MA in Graphic Design Communication in Chelsea College of Arts and Design in London. A selection of group exhibitions she has participated are Chelsea Salon series in Chisenhale Gallery, London, The Title art prize, Blank Space in Manchester, III Moscow Biennale for Young Art in MOMMA, Moscow, Members Show 2012, OUTPOST Gallery, in Norwich, Kodra Fresh 2013, Action Field Kodra in Thessaloniki, Demonstrations 4th Thessaloniki Biennale of Contemporary Art. She has participated in several residencies and workshops including AIR Mini Residency, led by Anna Hart and Ruth Ewan, in Byam Shaw, London, INSPIRE festival, led by Lionel Esteve and Alexandros Tzannis, in MOMUS, Thessaloniki, 49th Dimitria, in the workshop and performance led by ULAY, in Maison Crystal, Thessaloniki, Αrte Útil- Art for social change, a workshop with Tania Bruguera.