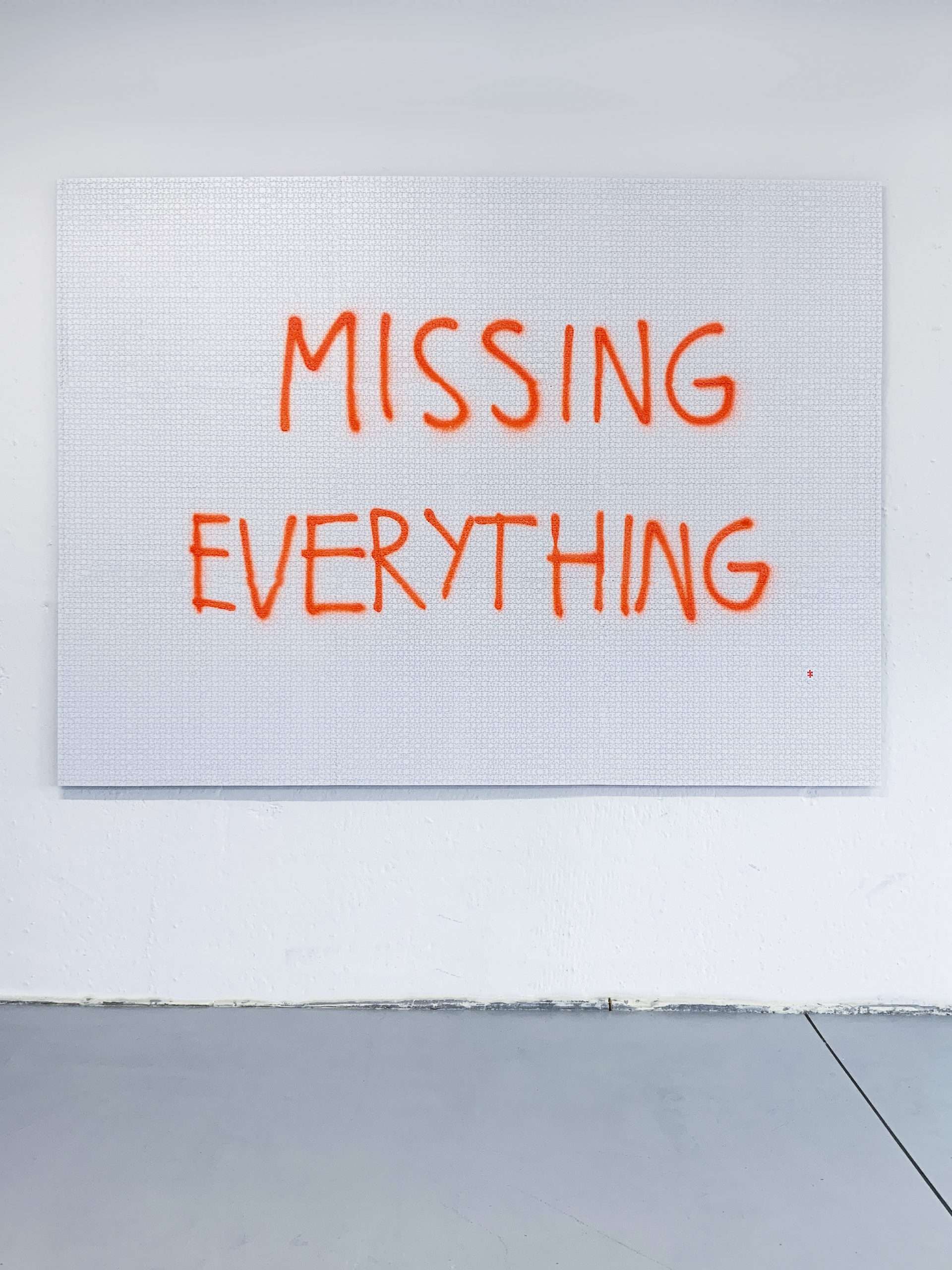 "Fix me" is a monochrome puzzle consisting of 17999 pieces
on which missing everything was written with the same immediacy with which someone would write on a wall in the City.
"Fix me" plays with the plurality of meaning that the verbs "to fix" – used in the title – and "to miss" have.
"Fix me": “fix me” but also “take care of me”.
Missing everything: “everything is missing” but also “I lose everything”.
Anyone who has done a puzzle knows the boredom that
comes with carrying it to completion realizing that a piece has been lost.
"Fix me" is a nuisance: the constant feeling of lacking
something.
The puzzle has only one missing piece . 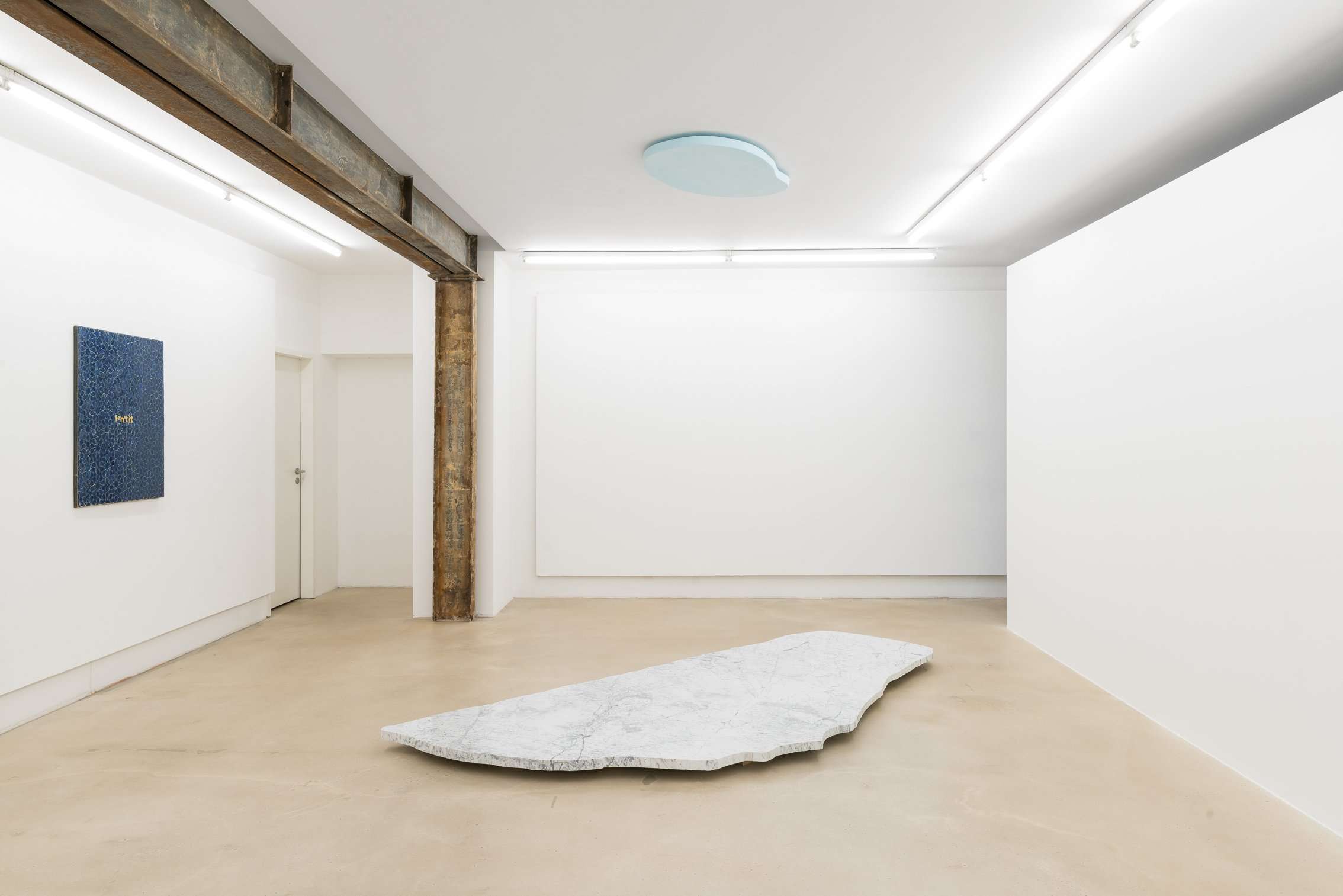 Silvio Mondinelli (Gardone Val Trompia, 1958) is the sixth
mountain climber in the world to have ascended all fourteen
eight-thousanders along the Himalaya without the help of
additional oxygen. He reached the top of Mount Everest four
times.
I asked Mondinelli to relive the space of the mountaintop,
through his memories. He traced the perimeter, in a 1:1 scale,
onto paper, which I used as a jig to make a marble base of the
same size.
All marks and writings from the original drawing were carved into the marble in order to render, in the most accurate way possible, the image and the memories of the climber. 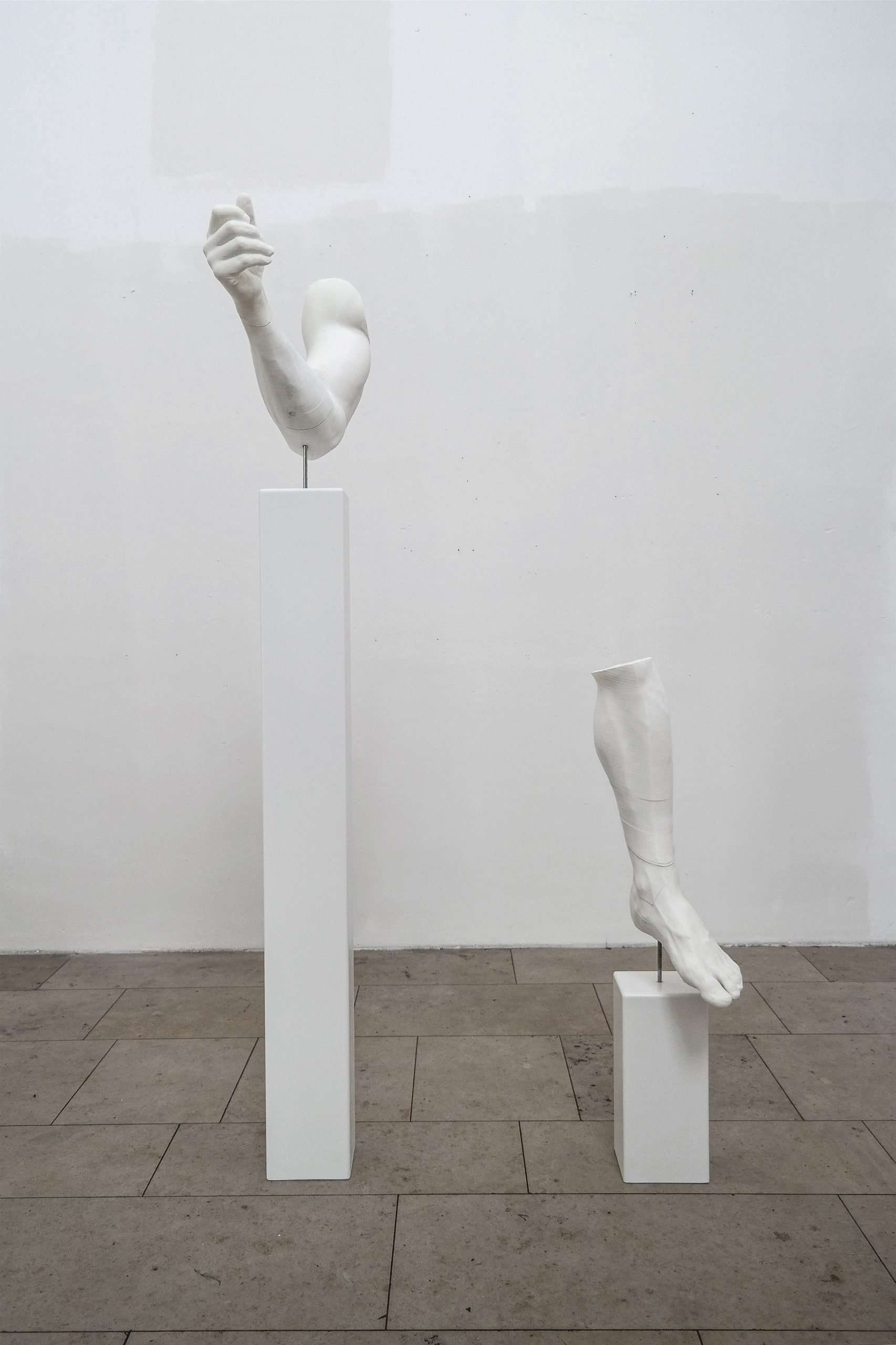 The Belvedere Torso is a marble mutilated sculpture of the
1st century BC signed by the Greek sculptor Apollonio. Of this statue, neither the year nor the place of discovery
are known. Although there are different interpretations
concerning the identity of this male subject none is certainty.
For the realization of this work I collaborate with Antonio
Melieni, Bodybuilding Champion of the German Juniors
category.
I thought about a possible position that the missing limbs
of this statue could assume, more precisely, the chiasm
between the right and the left leg.
The body of the athlete Melieni has been firstly scanned and
then 3D-printed.
By reproducing two of the Greek sculpture missing
elements, the interest focuses on offering the possibility to
imagine the original torso.
The bases holding the two limbs are high enough to allow
reaching the point where, in the actual Greek torso
configuration at the Vatican Museums, the arts are missing.

Simona Andrioletti was born in Bergamo in 1990. She lives and works in Munich.
She received her Bachelor from Accademia di Belle Arti di Brera in Milan and a Master from Akademie der Bildenden Kunst in Munich where she studied with Professors Gregor Schneider and Olaf Nicolai. Her work has been exhibited at Kunstverein München (QualityTime, curated by Matthew Post and Chris Fitzpatrick), Federkiel Foundation (Chinese Whispers, curated by Karsten Schmitz), Nir Altman Galerie (I shot Mercury to make this exhibition, curated by Claudia Contu) in Munich; Réfectoire des Nonnes (Incontro, curated by Bernhard Rüdiger) in Lyon; Via Farini (L’intimità dell’immagine, curated by Gianni Caravaggio); Museo Novecento (Chinese Whispers, curated by Sergio Risaliti) in Florence: Macro and Mattatoio in Rome. In 2019 she took part to the residency HighlighsII curated by Stefano Raimondi at TheBlank in Bergamo. Since 2018 she collaborates with Riccardo Rudi on a project titled Chinese Whispers.