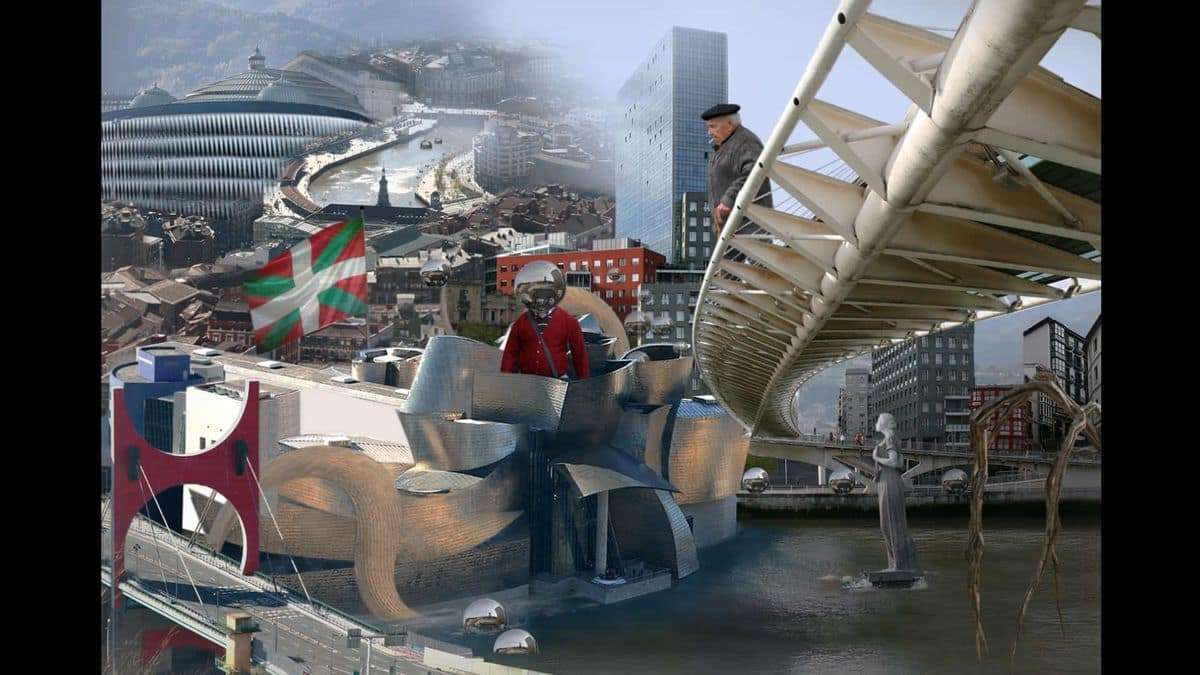 Futuristic architecture consisting of imaginary animals from cosmic prehistory moves in an atmosphere that combines fantasy with industry.
Bilbao, a city with a strong identity, a mixture of ancient values and fascination with progress. But who really are its inhabitants ? Where do they come from?

Bilbo is part of an ongoing project on journeys to cities, titled “Travel Notebooks”.

So far it consists of a series of animated videos and prints of ten cities: Perugia, Amsterdam, Beijing, Taranto, Prague, Barcelona, Venice, Kardzhali, Bilbao and Marseilles.

Many different aspect of the cities are shown, in a continuous flow that also represents traveller’s emotional and cognitive experiences.

Contemporary and vintage at the same time, dynamic and nostalgic, Marseilles is a city that reaches out to the sea, looking far into the blue distance.
The protagonist is the light that appears and disappears between the clouds, intertwined with the wind and with the architecture, in a unique show of color.

Marseilles is part of an ongoing project on journeys to cities, titled “Travel Notebooks”.

Skyscrapers cells split into other skyscrapers cells and, stretching themselves along the seashore like shining cliffs of concrete and glass, compete with each other for those which touch more stars.
A fragrant woman, dressed in gold and gems, leaves the house at sunset;
her voice, the sweet song of the Muezzin mixed with the sound of hammers at work.
She has the skin of sand and blood of oil and, as the desert has taught her, makes mirage her beauty.

Dubai is part of an ongoing project on journeys to cities, titled “Travel Notebooks”.