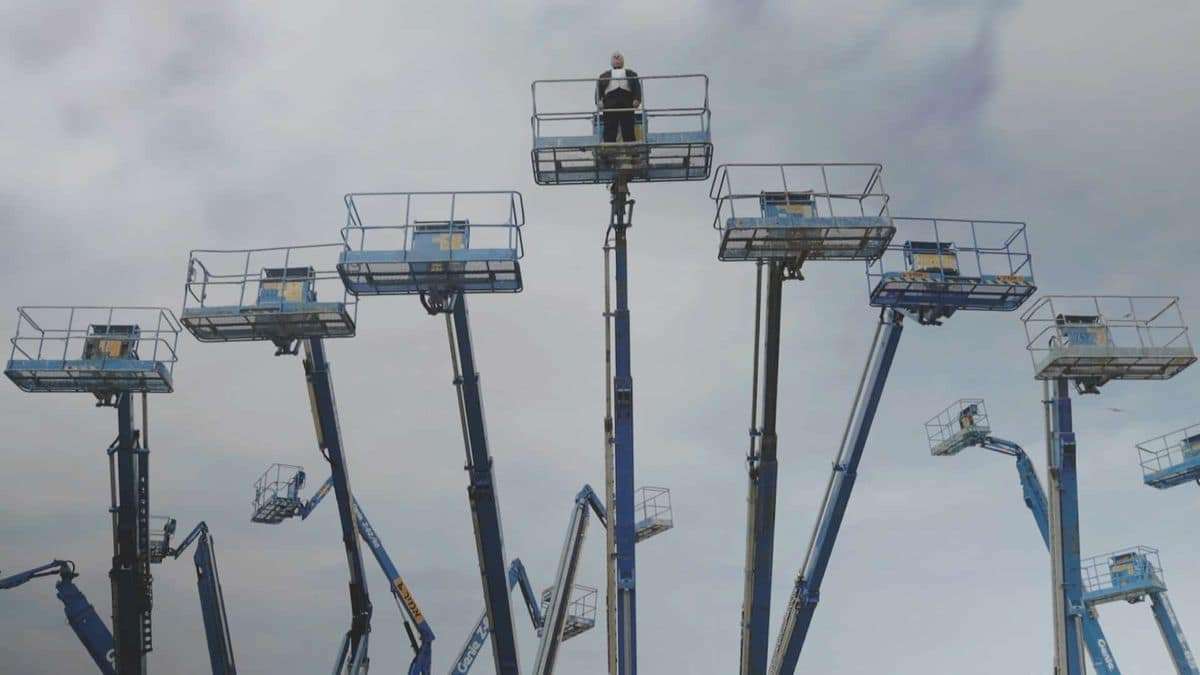 An opera singer stands on a lifted platform, singing a Martyr's wish for redemption. A counterpoint between the human voice and mechanical sounds of machinery moving up and down. The music, taken from one of J.S Bach's cantatas, is the Recitative Movement which describes the ascension of Christ and expresses the desire to become one with god. 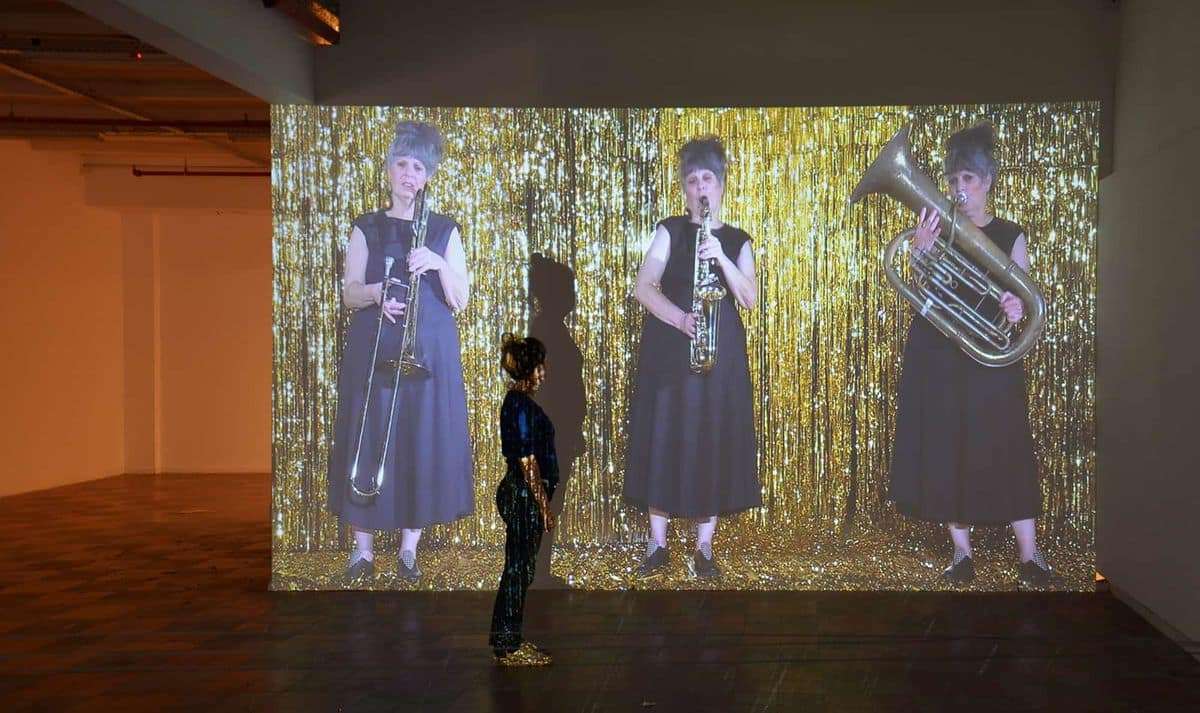 Morendo is a 2-Channel video installation featuring two projections on cinema-size walls and played in a loop. The videos present a testimony of a random and accidental encounter that took place about 2 years ago between a former couple, the divorced parents of the artist. The meeting of the couple, who had been married for twenty years, took place at a gas station in the city of Tel Aviv, after they had not spoken or seen each other for six years. What first appears as a nostalgic description of the story of their initial romantic acquaintance turns out, towards the end of the film, to be a painful, unplanned, and unexpected encounter. The very short moment of the hasty meeting, which took about 30 seconds in reality, has been intensified, extended to a six-minute film, and even raised to the level of a grotesque scenario.

A continuous view of a border line, which delimits two-wing crossing territory at one of the central train stations in Paris, France. The repetitive actions of different individuals, walking through a study path, illustrate how the individual internalizes the rules of social behavior in the publicized space. However, the border line, which also marks symmetrically and delimits the boundaries of the static frame, creates at the same time a disruption in that order by forming a new image. The act of exiting and entering out of and into the transitional doors of the machine, embodies the philosophical and religious notion of rebirth. This is not only associated with the physical and spiritual variability of the human figure, precisely from the everyday, unnoticeable and daily situation, but also with the viewer’s logic and visual perception. In this sense, the work seeks to break the order in both the public sphere and the viewer perception.

Shir Handelsman is a multidisciplinary artist, born in 1989. He lives and works in Tel Aviv and graduated his BFA studies at the Department of Multidisciplinary Art of Shenkar College in 2018. He specialized in video, sound, drawing, sculpture, and installation. Recipient of Excellence Grant from the America-Israel Cultural Foundation, 2018. Shir began his professional career as a musician, a saxophone player, and performer. He participated in various ensembles and jazz orchestras and composed music for theater productions. After completing his military service as an Excelling Musician (2010), Shir began his BA studies in literature and philosophy at Tel Aviv University, which he graduated with honors (2013). His works have been exhibited in Kunsthal Charlottenborg gallery (Denmark), Aesthetica Short Film Festival (UK), Jerusalem Film Festival (Israel) , Video Art & Experimental Film Festival (New York, USA) and more.