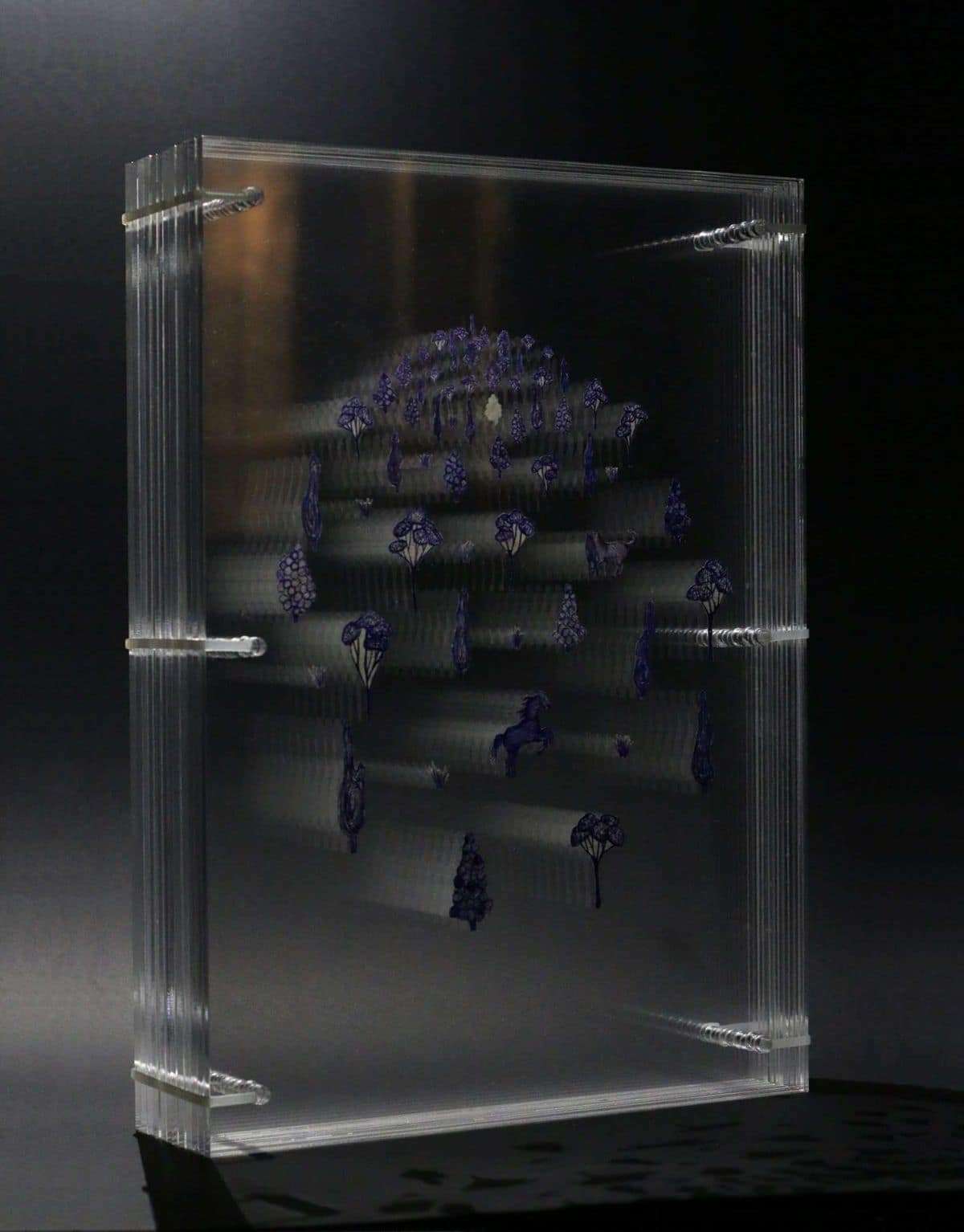 The act of writing refers to the conjuring arts, by which we materialize thought and cognize the world by imagining it. Reproducing drawings with his own hand, the artist, as a spell, tries to imprint in his mind the quivering history of the origin of love and supplant the memories of its destruction.
The image of the garden is the image of a lost paradise, frozen in space. Horses wander among its marvelous plants, just as human memory wanders in the shadows of its memories. 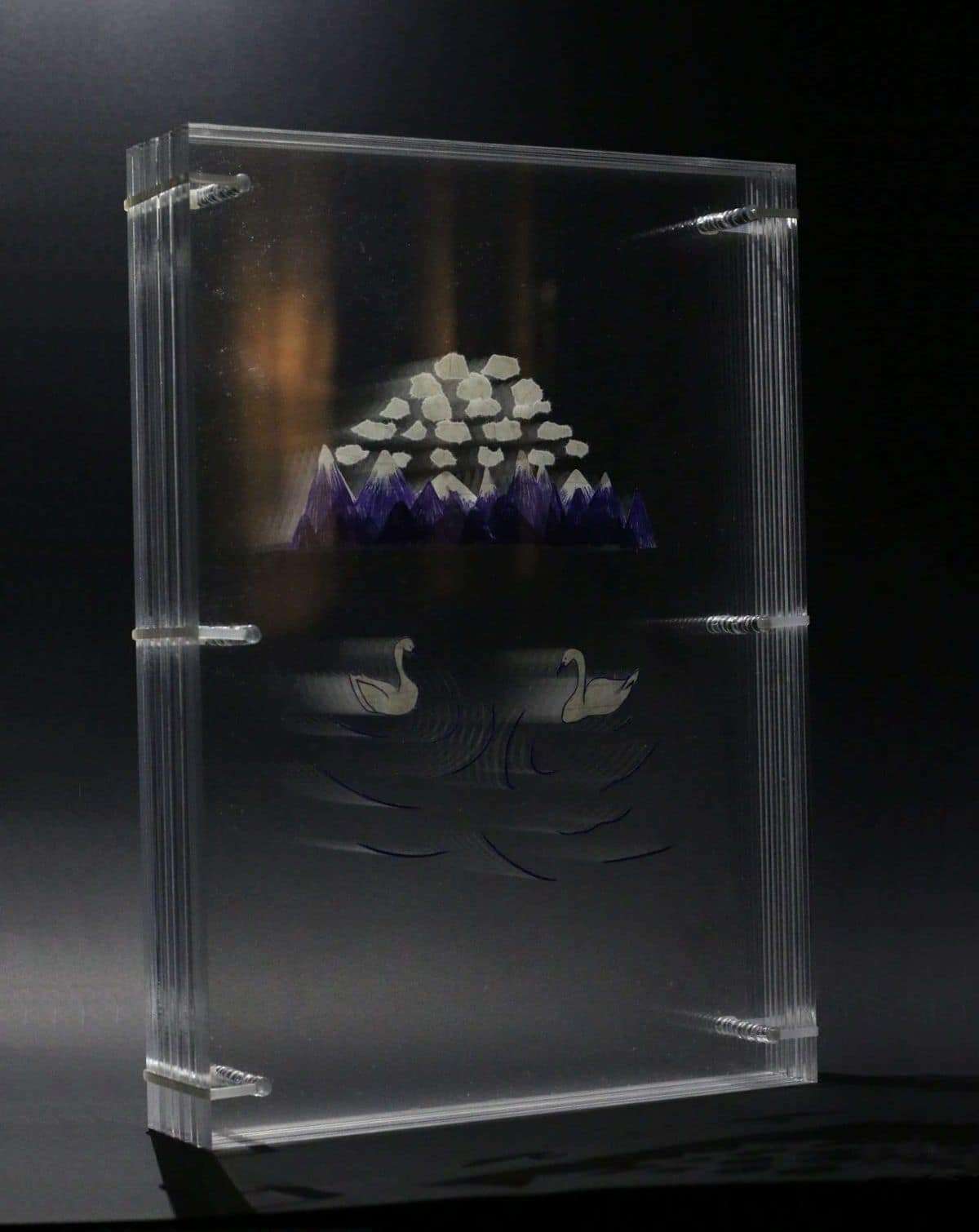 The past, recreated by memory and documented in letter, is subjected to poetization. The artist clearly demonstrates this process, transforming images from letters: cutting off all unnecessary, he creates plots, which in turn exposes the true content of history and events.
The object is filled with a quiet romantic sense of unity of two characters represented in the swarm of wild swans. They float on a crystal clear lake, and around them is ringing silence. 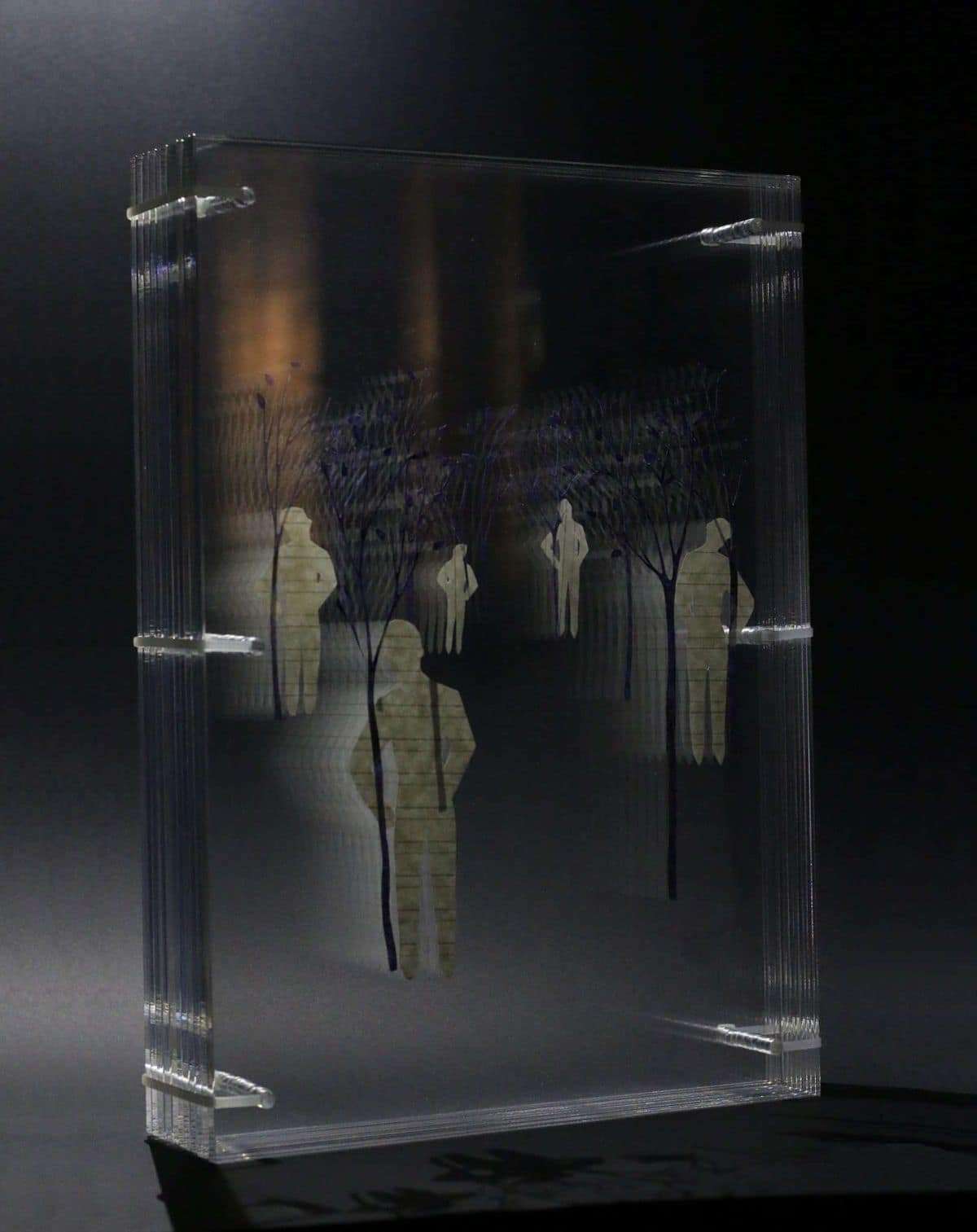 The motive of repetition and mirroring is constantly used in the structure and narrative of objects in the series. In this case, this motive can be traced especially clearly. The title of the work speaks not only about the physical confusion of the hero, but also about his internal existential crisis and loss. He does not find support in himself, in space and in time. This becomes the reason for his depersonalization, expressed in the refusal to use the pen when his image was created.

Shamil Shaaev was born in 1988, lives and works in Moscow.

He graduated from the Faculty of Philology at Bashkir State University (2005-2010, Ufa) and studied in graduate school at the same faculty (2010-2014) and at “Free workshops” of the Moscow Museum of Modern Art (2019-2020). In his artistic practice, he turns to visual and verbal languages ​​and their interconnections. This interest, as a rule, is realized in the field of memory, writing and speech: its fixation, storage and rearchiving. In 2019, he presented his first solo project, Out of Nowhere with Love. Has participated of many group shows and also in the group exhibition “Assemblage Points” in the parallel program of the 8th Moscow International Biennale of Contemporary Art.