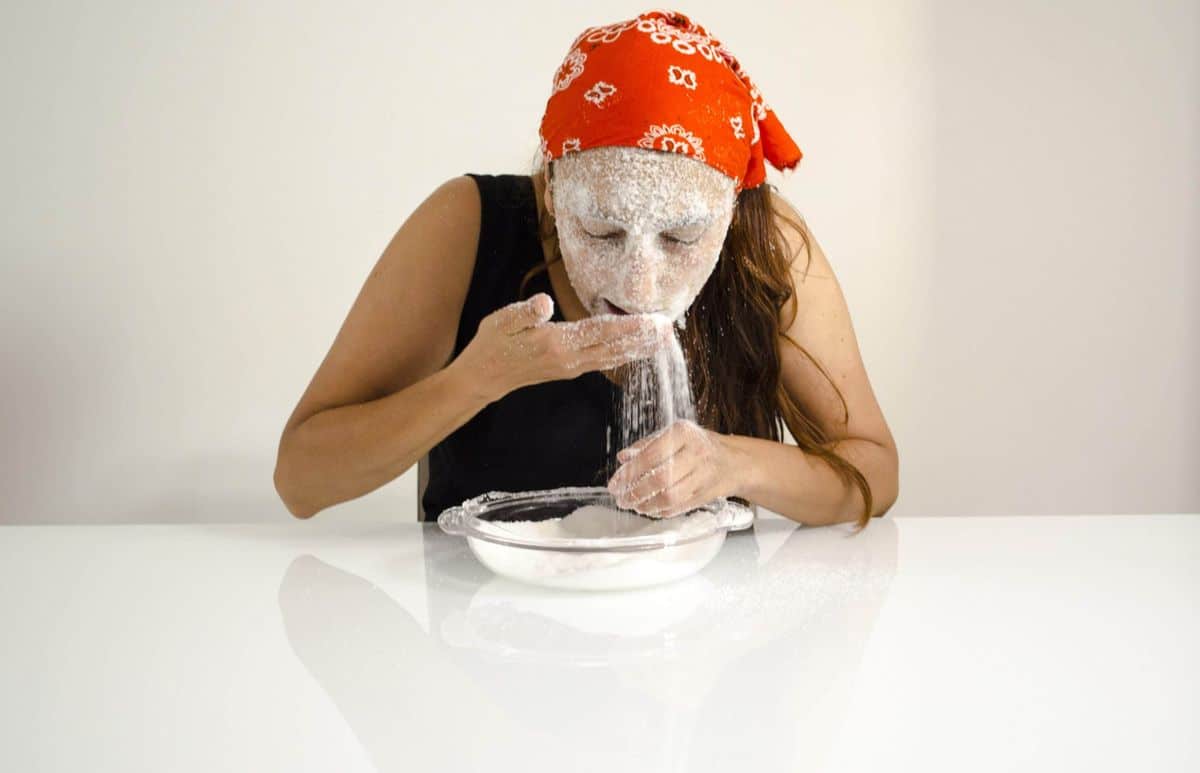 Salt and Sugar, extreme flavours to be measured with caution both as a metaphor than as food but also in behaviour, in attitude. My research focuses on the body as a transformation territory but above all of understanding. I translate thoughts and metaphors into actions, “only when an idea goes through your body, become real”. As part of an ongoing self-portrait project, I decided to physically experiment with two words that alternated with extreme constancy passing from one excess to another, sweetness and acidity. I have been diagnosed with a small disorder, incredibly misunderstood by people and often judged. I often go from sadness to anger, from sweet and quiet to pungent. What effect do these changes have on my body? how would it look like if all our emotions were solid foods and we could eat them?
Sugar: I was able to ingest 327 grams of a kilo, the effect was nauseating.
Salt: I managed to ingest 113 grams of a kilo, the effect was feeling poisoned. 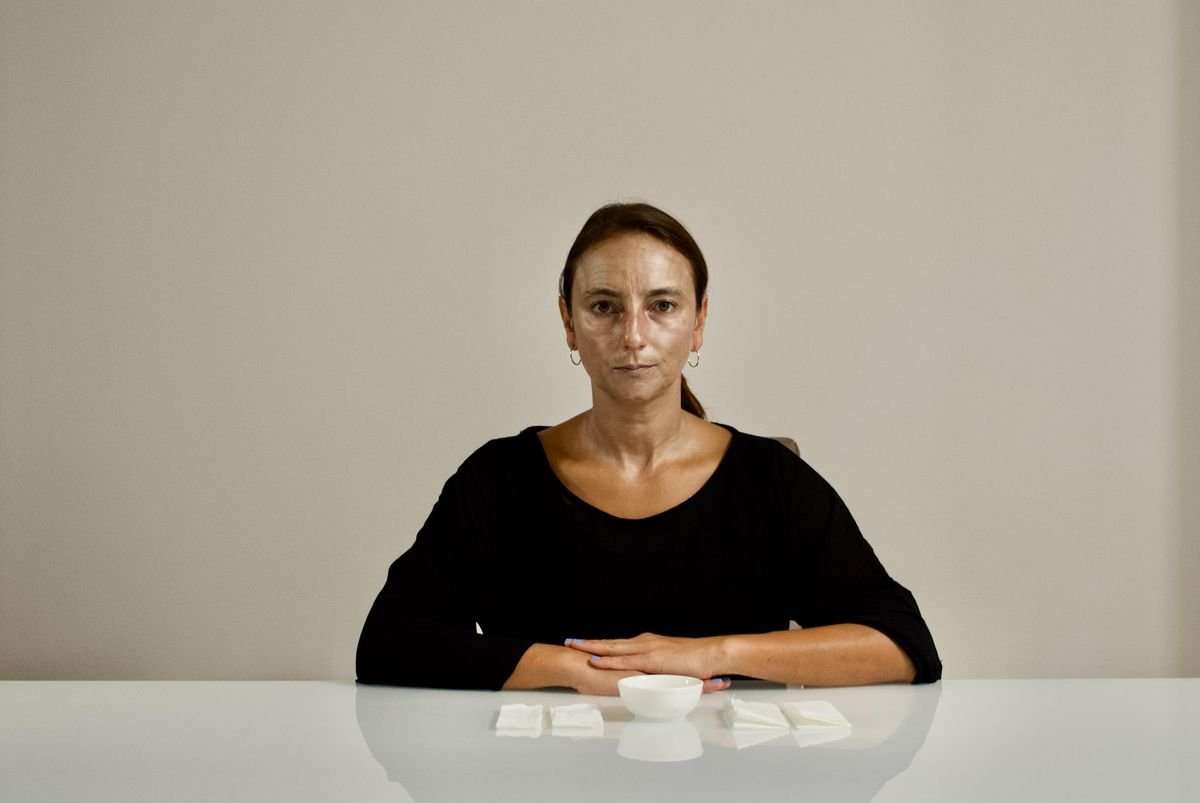 One confession in exchange of another one. I confess 10 very uncomfortable episodes of my life each one with a different person often a stranger, through a voice recording and also a creative action, in my case a performance piece. I have been a listener for most part of my life, lots of people have confessed things to me that I keep as secrets, grateful for the gesture it feels like I shall too have the courage to confess. Confessing is hard, however it has a cathartic power, it helps re-dimensioning guilt and fear of judgment. This is a safe space, no judgments are done, we sign a small symbolic contract of confidentiality.

How to scream demons into balloons 2020

Self healing actions (1 of 45 )
This is part of the performance exercises for dealing with grief, broken hearts, anxiety, panic attacks and demons.
This is a ongoing project.

Born and raised in Colombia, I then studied Fine Arts in Florence, Italy and since then I have widely exhibited in Europe, Asia and South America. I work mainly in performance and installation I’m interested in the body as a transformation territory, where the invisible becomes visible and abandons the abstract state in which inhabits the mind space. Only when a thought goes through the body, it becomes real. I have worked with curators such as Marco Scotini and Juan Xu among others. I have participated in the collective Bald Girls, stating feminism in China with an itinerant project. I have been appointed first prize of photography Collezione Camera di Commercio di Mantova and the nomination to the Sara Modiano prize among others. My artworks are part of public and private collections.  I have also worked extensively in the curatorial field, currently co-curating Chiasso Perduto in Florence, Italy. Working between Italy and Colombia.