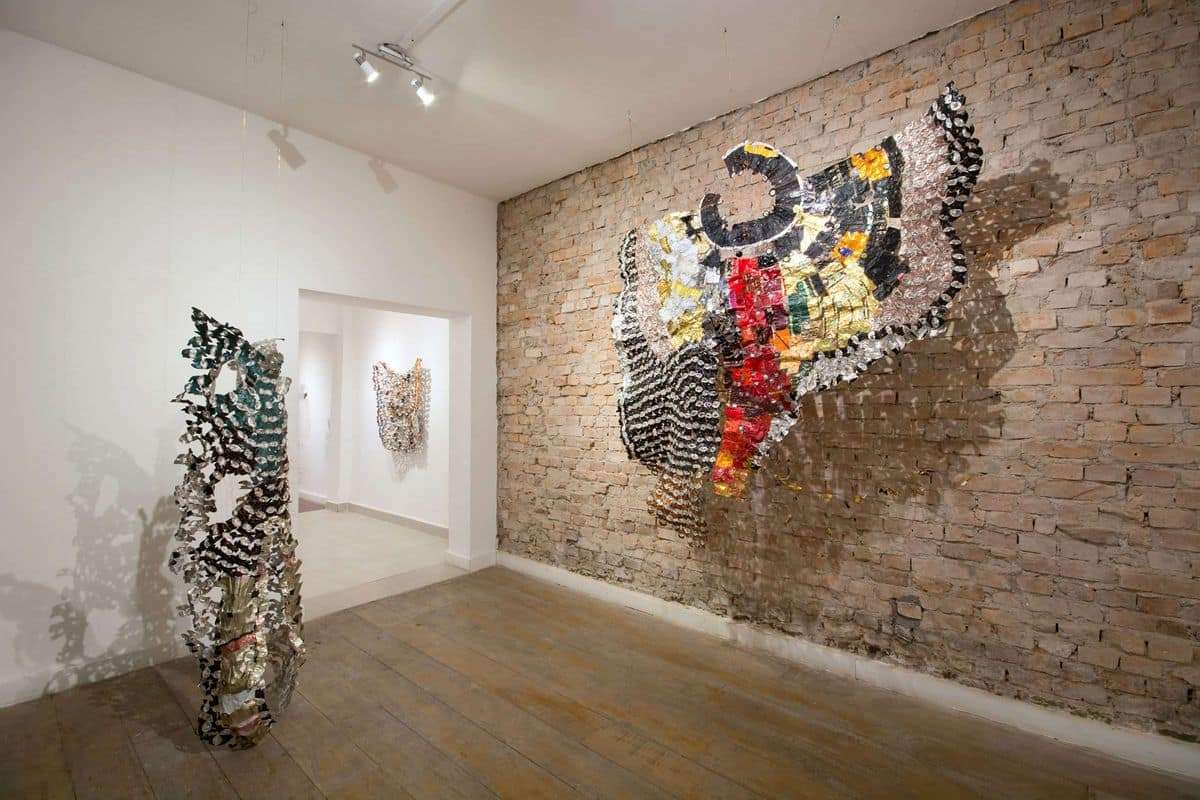 This series of objects and assemblages created with waste and recycled materials, mimic luxury in a dystopian and post apocalyptic language. This body of work revolves around the theme of ecocide and of impending ecological doom, through the cheer overabundance and magnitude of materials that translate the excesses of consumerist agendas.
These works translate a sense of nonsensical excessiveness and of chaos in face of environmental devastation and of the ambivalence to science shown by politicians around the world: “President Trump, who has mocked the science of human-caused climate change, has vowed to increase the burning of coal and said he intends to withdraw from the Paris agreement. And on Sunday in Brazil, the world’s seventh-largest emitter of greenhouse gas, voters appeared on track to elect a new president, Jair Bolsonaro, who has said he also plans to withdraw from the accord.” (https://www.nytimes.com/2018/10/07/climate/ipcc-climatereport-2040.html , Oct 7, 2018) 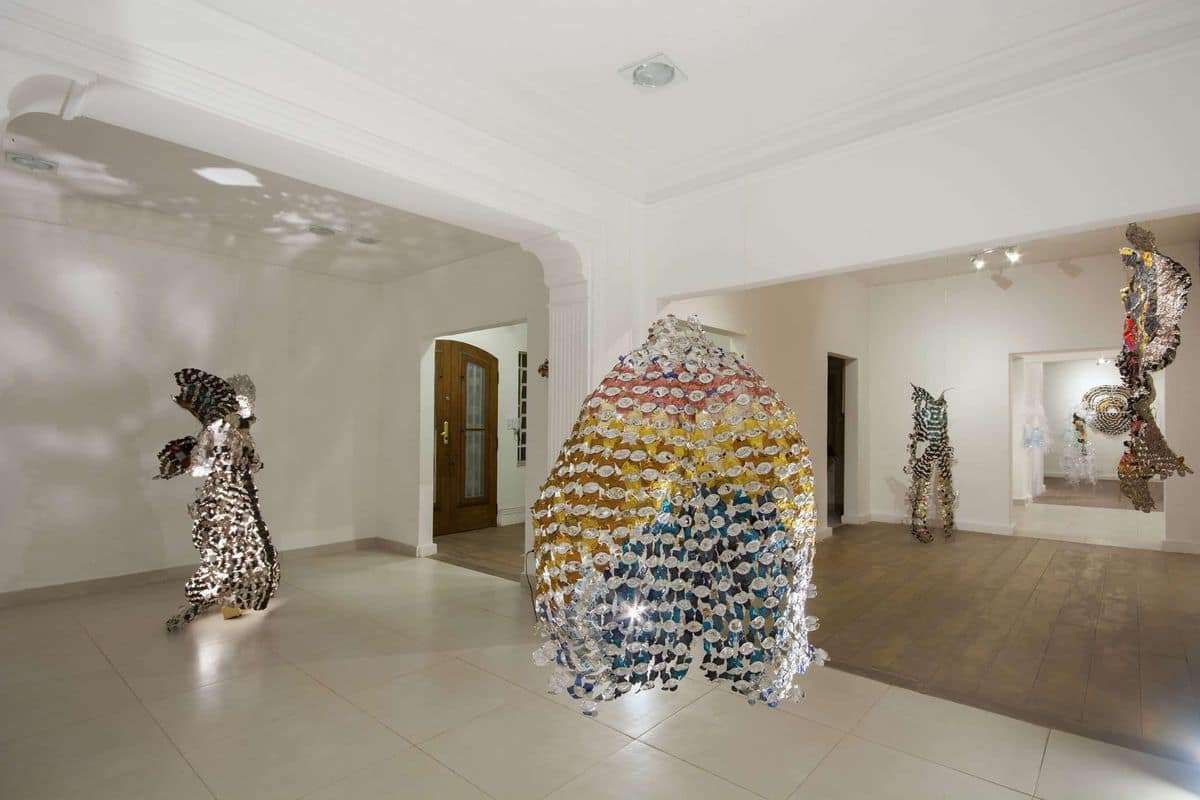 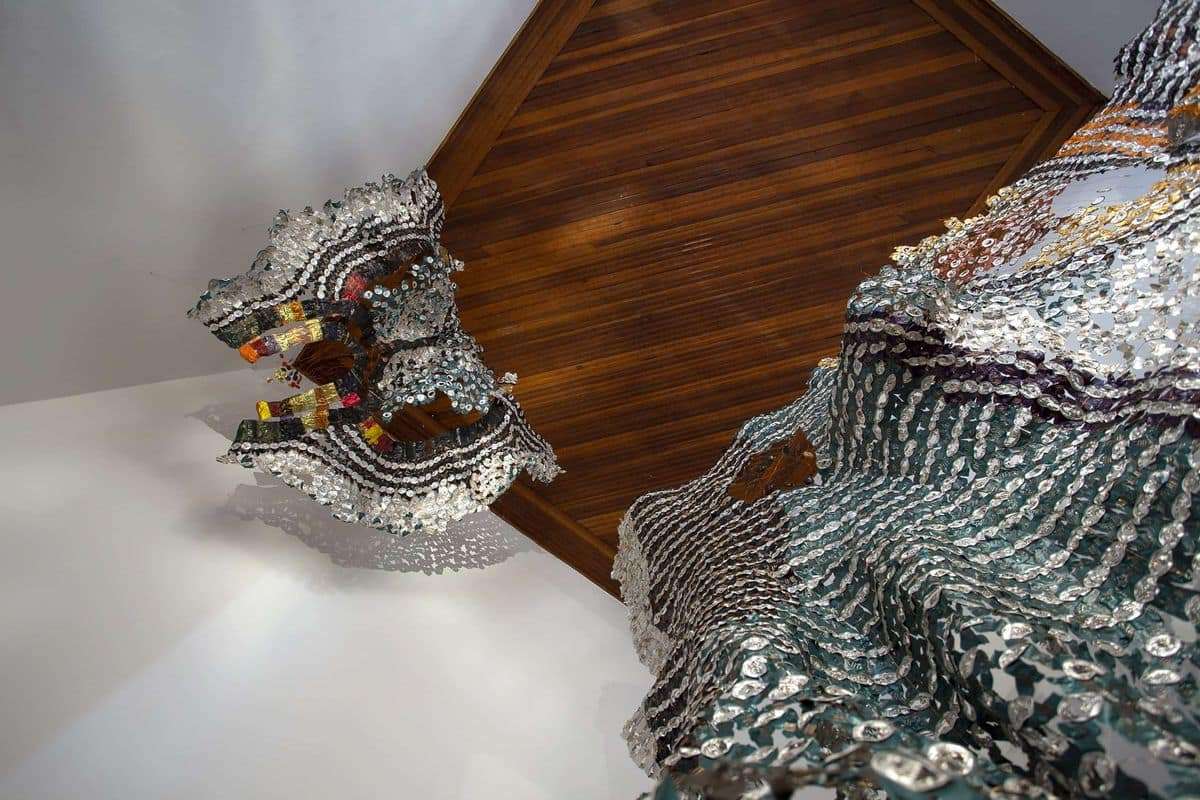 Sandra Lapage got her MFA from the Maine College of Art in 2013. Sandra has participated in collective and solo exhibitions in Brazil, Europe and the United States, notedly at the Brazilian Embassy in Brussels (2007), at the Centro Cultural São Paulo in 2012, at the Gowanus Loft (NYC) in 2014 and 2015, at the Blumenau Art Museum and Aura Arte Contemporânea (Sao Paulo) in 2018, and Museu de Arte de Ribeirão Preto and Andrea Rehder Arte Contemporânea (Sao Paulo) in 2019.

Sandra has resided at various institutions such as the Fondation Château Mercier (Switzerland) and NARS Foundation (NYC) for 6 months in 2014, Elefante Centro Cultural (Brasilia) in 2015, Camac Art Center (France) and Paul Artspace (USA) in 2016, Massachussets Museum of Contemporary Art in 2017 and has been awarded an artist residency at Monson Arts in 2019.

Sandra was a visiting artist at the Tyler School of Art (Philadelphia) and Maine College of Art (Portland), United States.