Faulty technology is a multimedia project that questions the potential of visual mutation based on technological glitches and accidents. It renegotiates the connections between dissociated fields: analogue vs. digital, still vs. moving image, body in presence vs. absence. It builds on decomposing the moving image medium that records fluid body movement back into the structural photographs, frame by frame, from digital to analogue. By looking into the anatomy of the medium and growing back into moving image, analogue slides back into the digital in a resulting hybrid that feels more like an “object”, a piece difficult to label as belonging to a particular field, bringing forth a version of reality that can only be seen through the glitched and occasionally faulty instrumenting technology.
Multi-screen video / Installation / Intermedia
With: Irina Marinescu – movement, Monocube – music, Robin Cracknell – graphic design, Andrei Tudose – video edit 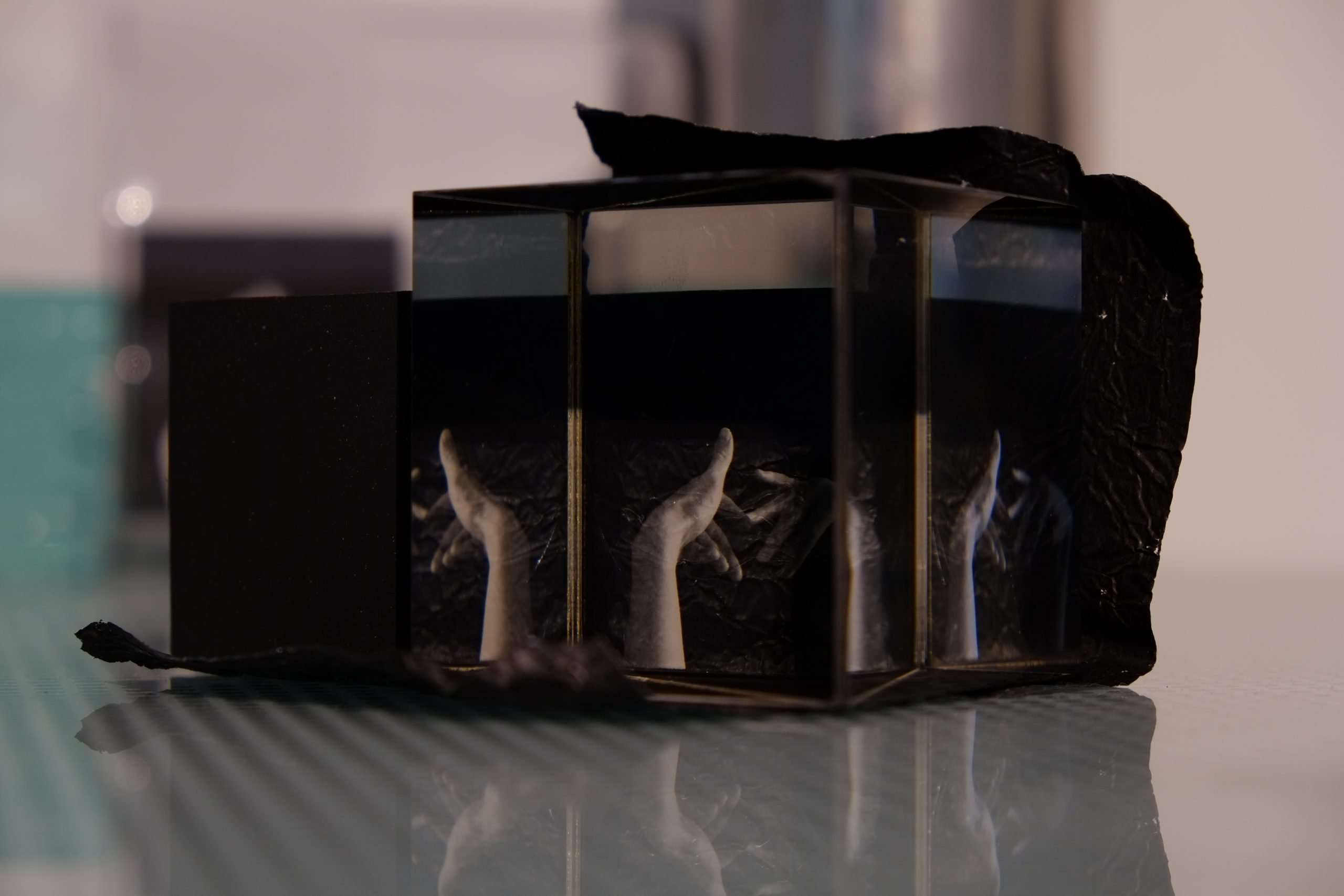 The images are, themselves, mirrors of the times, cultures, paradigms from which they emerged. Inevitably, parallel imaging is bound to appear – images that tell secondary stories; stories that are meant to subtly find their way into the individual or even collective cultural consciousness without being conspicuous; stories that bend the initial image into playful narratives. We (re)build them based on mental and cultural patterns and, thus, each if these narrations become slightly crooked with each viewer and each subtle change in its structure.
Passing through a scientific and analytic path of image forming, the Speculative Mechanisms project focuses on studying potential mutations of the image through the actual anatomical parts of the photographic camera (which is also a “seeing” mechanism). Viewers become speculative re-narrating mechanisms. I propose stories that must be found, rebuilt, looked for, beyond the physical and apparent location of the image(s). 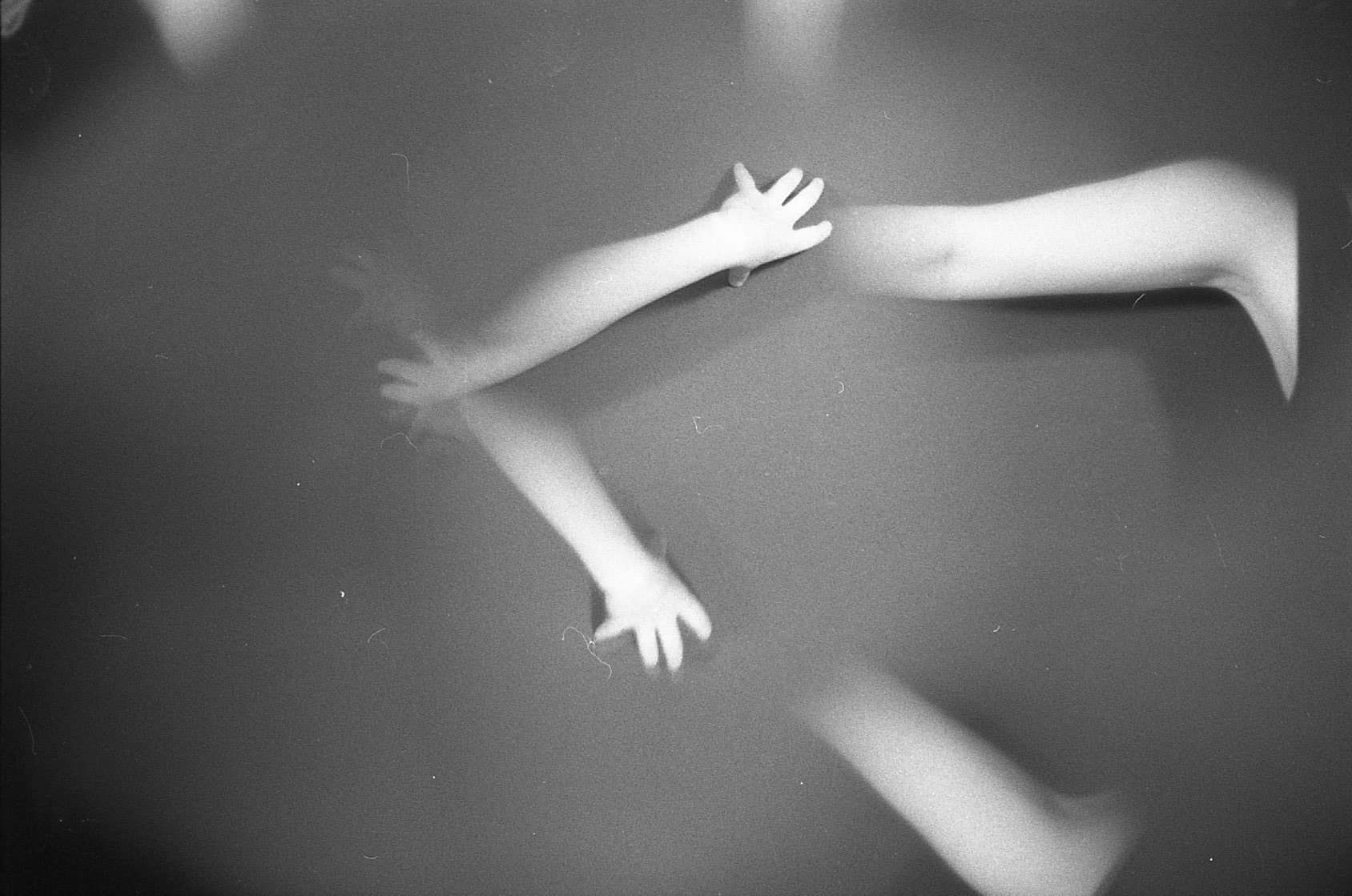 Emerged from the desire to explore new approaches in/to photography (which, oddly enough, attracted forms of expression and technical means from the 19th and 20th centuries), Exposing Movement gathered 4 photographers and 3 choreographers, for a two month artistic lab and research session, on the relationship between the body and the camera, image and technique, emotional body versus photographic body.
Scope is one of the many series developed during the project, using optical mechanics and contraptions as a means to work on the body fragmentation and how it adapts into bidimensionality.

Sabina Suru (b. 1986) lives and works in Bucharest. She is one of the co-founders of Qolony (the Art&Science Qolony), an NGO with a focus on art, science and technology. She is active in photography and intermedia practices, being interested in the way object-oriented approaches can participate in a widening of the formal, conceptual and site-specific spectrum of photography and holography. She held exhibitions locally and abroad – White Noise Gallery [IT], the Paintbrush Factory [Cluj, RO], the National Museum of Contemporary Art Bucharest, Atelier 030202, Anca Poteraşu Gallery, Materia Repositorium, Linotip, Art Museum of Cluj etc., having also published locally (Exposing Movement) and internationally (Svaya, She shoots film etc.). She is currently undergoing a research on the mutually influencial relationship between art and speculative fiction, while also following the small development of media theory around holography and it’s presence within the contemporary art practices.