The subject of my work is the process of making it, limitation, restriction and repetition. With a strict mark-making action, I deliberately control the painfully slow development and direction. It is a twenty year investigation.

As a painter working within minimalist principles, and with no reference other than the process and the resulting surface, I have no place for personal influence, but after 20 years of investigation I decided to acknowledge the origin of my absorption; AWE for the coal miners in my family. Therefore, a series of paintings and frottage, ‘Surface Work’, which I began in 2017 and first installed in a derelict building yard in Montejaque, Spain, is a homage to the manual labour of these men, who repeated their laborious, monotonous, restricted movements digging in the confined space and darkness of the deepest coal mine in Scotland, The Glencraig Colliery, at 610 metres below ground. 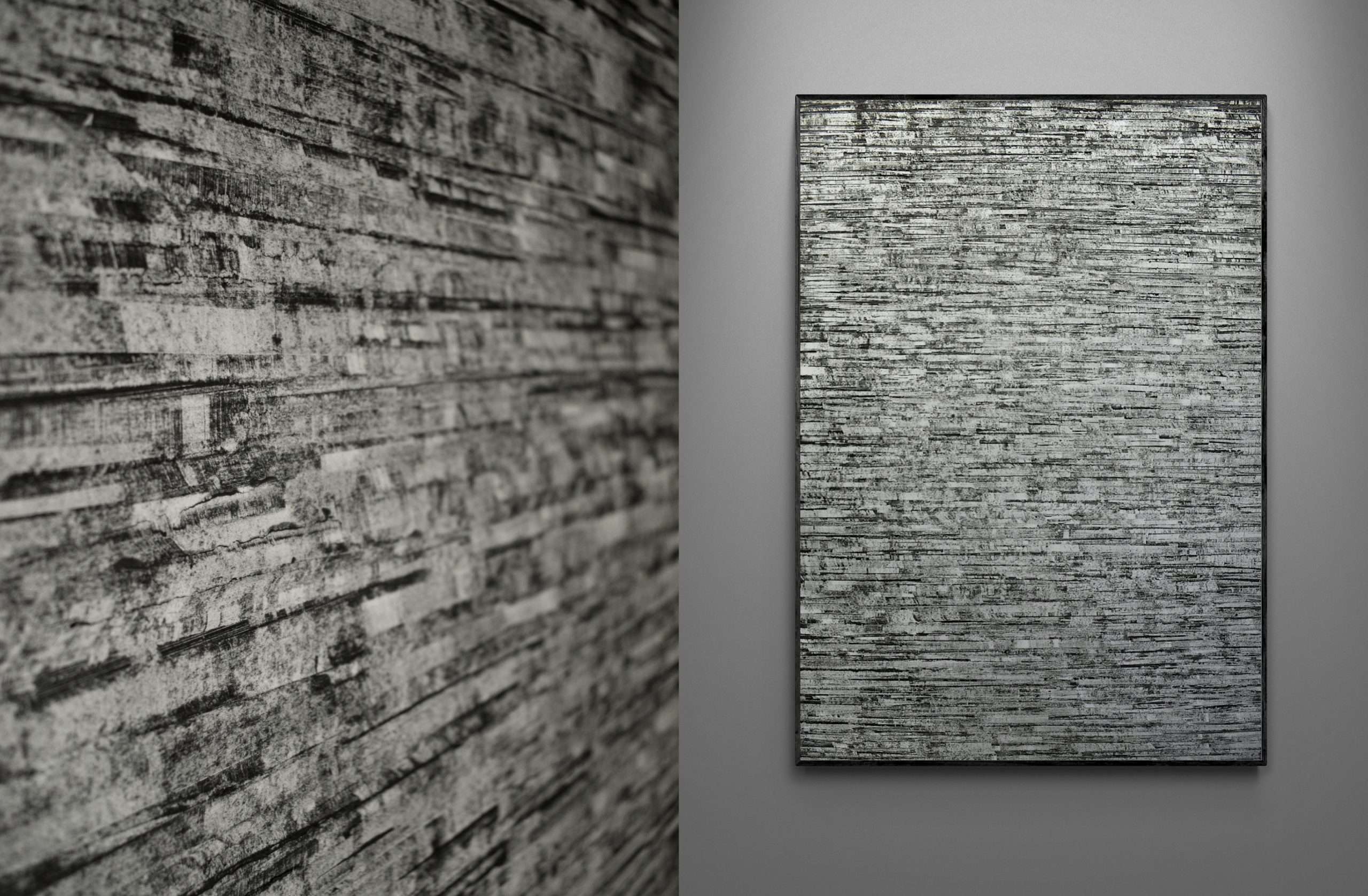 SURFACE WORK Ratios series is a continuation of SURFACE WORK, with which I push my investigation into variations of the surfaces’ tone, dependant on the specific ratios of medium to binder.

It began as a series of ten paintings on paper dividing the measurments of quantities from one part graphite to ten parts oil; less concentration of graphite creates a light surface, with a darker surface resulting from higher quantities of medium to binder. Each peice is made, as close as is possible with similar pressure, weight, movement patterns, rhythm, tempo and process with limitless characteristics.

As the process developed, I played with the quantity of turpentine, creating soft, fluid marks or dry, scraping marks dependant on the consistency. The series, therefore has increased to include SURFACE WORK Ratio 1:10 Wet on Wet and SURFACE WORK Ratio 3:10 Dry. 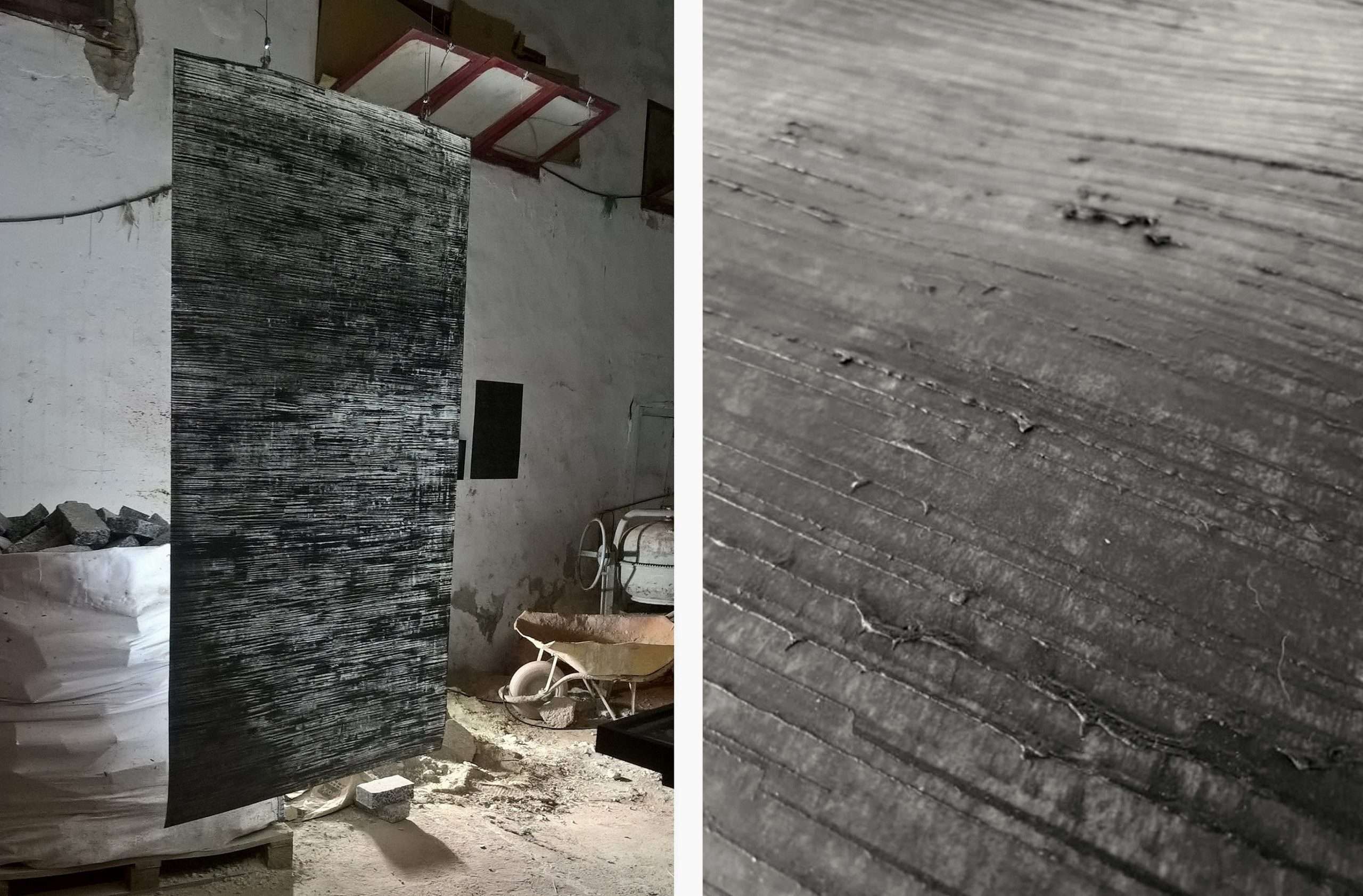 Born St. Andrews, O’Donnell is an award-winning Scottish painter currently working on the series, 'Surface Work'. She obtained an MA in Contemporary European Fine Art. After 18 years of professional practice in Northern Norway, and as Director of Galleri NordNorge, she now has her studios in Andalucia and Fife, Scotland.

O'Donnell makes paintings, drawings and frottage with a subtle minimalistic approach, the subject being the process of making it, inextricably linked to the concepts and actions of limitation, restriction and repetition. The work is systematic and meticulously planned works that resonate with surfaces created by means of rules and omissions, acceptance and refusal. Her works are notable for their perfect finish and tactile nature. This is of great importance and bears witness to her concern for craftsmanship. Her work has been exhibited worldwide, prize awarded and collected by The Scottish Office, North Norwegian Museum of Art, and private collectors.