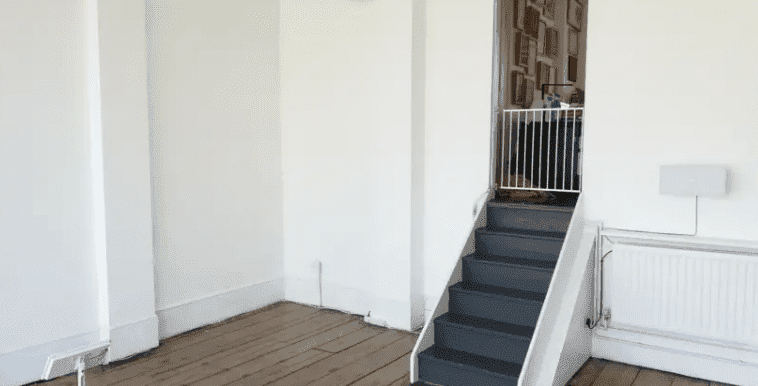 Melkorka is a princess; she is the first daughter of the Irish King Mýrkjartan of the magnificent kingdom of Medieval Ireland. However she loses all this the day she is kidnapped by the Vikings and brought as a slave to Iceland. Pretending she is dumb, Melkorka takes a personal vow of silence which lasts a few years. Relying on the practice of listening, she carves out a place for herself in this new world – all without uttering a word. This is the Saga of the Laxdalers which gives an insight into the early connections between the islands of Ireland and Iceland. Both the Icelandic Sagas and Irish Folklore share one of the oldest histories of storytelling in the world. Both countries share a landscape of mystique, sound and a population of listeners.

Tracing the story of Melkorka, Dumb Listening’s developed through a number of research/listening trips to various parts of Iceland. When exhibited, it straddles a range of intersecting formal, spatial, sonic and art historical interests.

Dumb Listening’s was developed for the Museum of Contemporary Art London (2018). It evolved out of a core relationship with listening as an intuitively critical practice and sound as a physical, spatial and tangible material. While it was one sonic installation, it comprised of three ‘sonic objects’ entitled: Next! What’s your name? Say Money!, Small-town trickeries and Partner is probably too strong a word.

While the Phoenix Park became the listening ground for c.150,000 people to listen to Pope Francis say Mass, thousands more people gathered in the Garden of Remembrance in solidarity with clerical abuse survivors. From there they walked in silence to the site of the country’s last functioning Magdalene Laundry. On this day, Dublin City became a divided, multi-layered and contested space for the ear.

In this context, Dozing of a City aims to enquire into the liminality of these divisions and provide a quiet, contemplative and visceral space for ear. When exhibited, it can be presented in a darkened room, with two flat-screen TV’s back to back in the centre. The sound can be played via loudspeakers. Alternatively it can be presented via headphones with one TV mounted to the gallery wall.

MOUNTAIN is a sound installation that was recorded at the border crossing from Turkey to the Greek Island of Samos in the EU. The sound you hear is the sonic landscape that exists at this point including a contribution, via my voice, as you sit and look towards the EU. At this time, this border was a regularly permeable border with thousands of people crossing from one place to the other annually. Within a contemporary context this invisible space has become much more visible and concrete.

Utilising Audio-Spotlight systems, MOUNTAIN when exhibited exists as an invisible but sonic triangular structure protruding from the gallery floor. It enquires into the very notion of borders as invisible but active spaces, ones that can simultaneously embrace but also isolate and separate. It questions what happens when borders are based on a listening rather than visual aesthetic and therefore invites to audience to enter and pass through its invisible sonic structure.

Audio-Spotlight systems are currently considered to be the world’s most directional audio system. Utilising ultra-sonic it allows for isolated beams of sound to be projected into space while keeping the surrounding areas in relative quietness. It is widely believed that the technology it uses was invented by the military as a means of crowd control.

Richard has proved himself as one of Ireland’s leading young artists. His recent solo exhibition at the Museum of Contemporary Art London was selected by Culture Ireland to feature as part of its national GB18 programme in the UK. His work has aired on Ireland’s national broadcaster RTE as well as been included in leading Irish publications for contemporary art, such as The Irish Arts Review and CIRCE Magazine. In 2016 his work featured as part of Ireland’s national 1916 Centenary Programme, was shortlisted for Ireland’s Emerging Visual Artist Award in association the the Irish Arts Council and was a finalist of the Hotron Prize at VISUAL Centre for Contemporary Art. His projects have been supported by various public and private bodies.