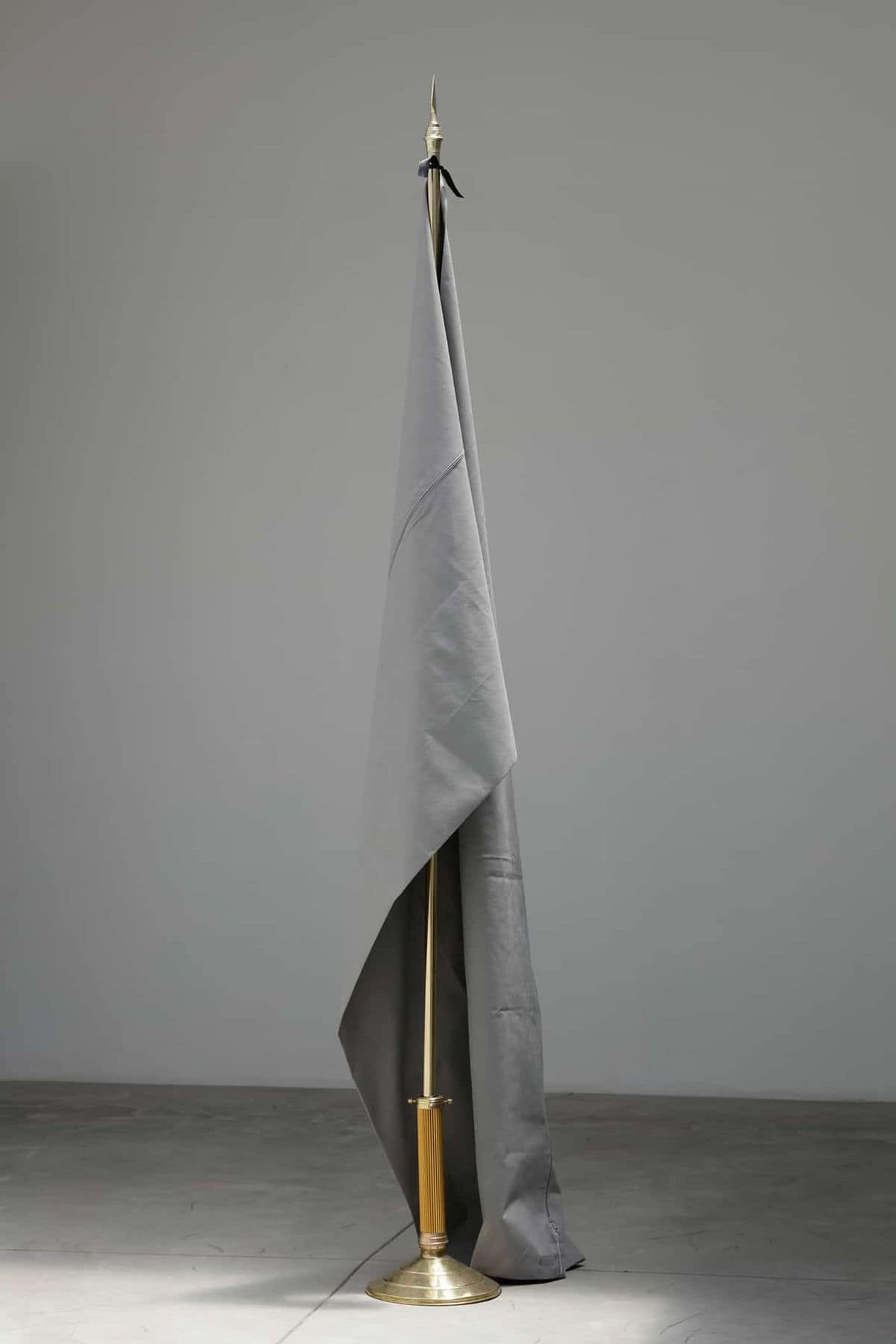 Flagpole and corpse bag.
Rounds on the subjectivity of the idea of ​​progress: the expectation of a emancipatory promise formulated in the bosom of modernity, whose insignia represents the decline of the modern world,ours.
Of this promise, although still erected, only the catastrophe and its wound remain. 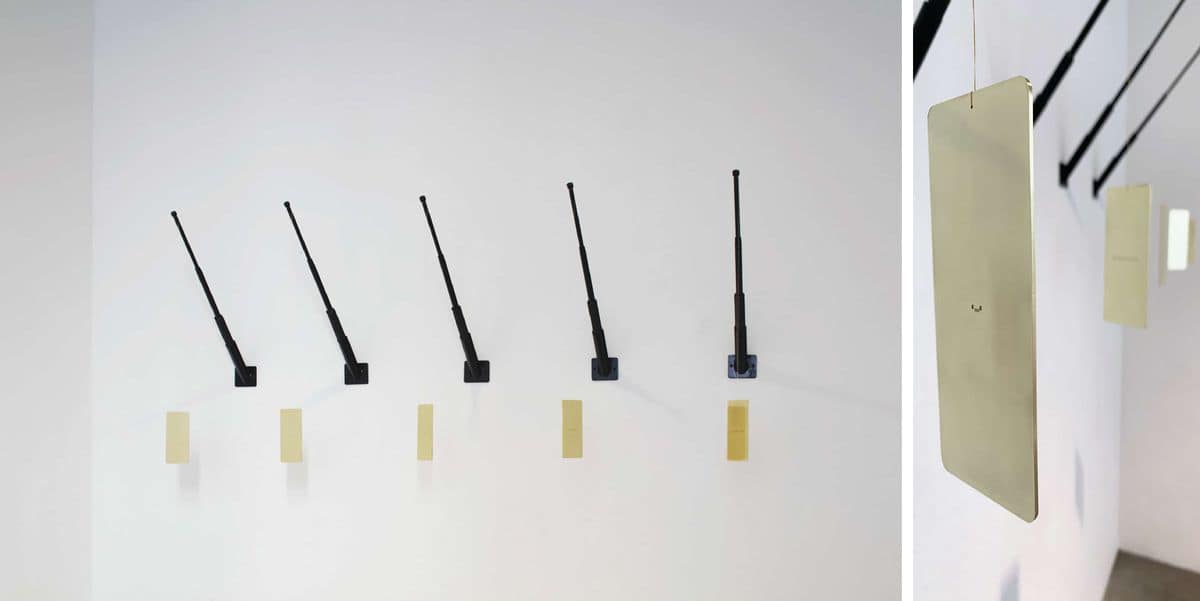 Expandable baton and morse code engraved brass plates.
It addresses the violence that the subject exerts on himself from an individualism to respond to demands of capital and performance. Manifest through self-exploitation with the eagerness of being able to meet social expectations with appearances of prosperity and freedom, while in reality every day individuals are more depressed and worn out.

-The carrot made the donkey walk because it lacked of motivation, placed in front of its face but sufficiently
away so you can't reach it.-

Resin bullets with galvanic plating.
The installation is limited to the linguistic liminality that it wishes to express in itself. The shape — resin bullets with electroplating coating — captivates, while the bottom betrays. It is a spell to which, despite the gleaming and attractive appearance, one puts distance and resistance. The sense of Fool's Gold II is triggered in the direction of the verb, meaning through the metal surface to finish off the sensitivity of the person watching.

His work focuses on the analysis of the symbols that are generated as a result of fractures in the current economic and social systems. Symbols that testify to the inclemency of our time and how these are susceptible to distorting and reinterpreting to have a new reading with an aesthetic veil that covers and reveals dark contents. In a minimalist language, its body of work finds a peak in appearance, and therefore, in disguise. On the edge of the unrepresentable, his work rejoices between the social voracity of a capitalist economic system and the instrumental use of human energies.

His work has been exhibited in Mexico, the United States and Europe.