An Apophatic Knowing of Water 2018

Film exposure.
Uncanny and sublime, the exposures were made with a rangefinder camera at the edge of the Akerselva River. The river running through Oslo, Norway, provides sources of energy and revival for the city. The physical nature of the river and psychological nature of image making overlap within the image reflecting the surrounding landscape refracted in the waves.

The colour pigments are enhanced from the Kodak Gold profile. The film noted for popularity in the regular market ties the sublime qualities in the everyday subject to the everyday material. The tones are often noted for warm and magenta colour casts. Magenta is understood to be the colour that does not exist on a frequency wavelength; the colour is one humans make up with their minds. Amber is a resin with a relationship to the electron in that it can be slightly negatively charged.

The image dialogues with A Kassen’s “River Man” sculptures in the Kisteføs Museum in Hønefoss, Norway.

Solfège Souche is by definition the root of a forgotten connection with nature.

In our time of rapidly increasing use of technology in everyday life, we face incessant streams of new questions mirroring the ethical and moral lines. This space framed in the video asks the body questions of identity and presence: Is it dangerous if we do not know what we stand to lose? The body itself dances with the nature, merging and emerging from shadows and light. The body becomes a form for drawing lines, through movements. Binaural beats compose the soundtrack, reminiscent of tinnitus or ear trauma. The pitches register as psychological markers of physical events.

In an effort to portray a dynamic relationship with nature, instead of a dominance over nature, the Butoh-dance inspired movements recreate the way lifeforms which are cut down in the forest continually find a way to reach towards light. The Solfège Souche video performance is the foundational piece in ongoing artistic research. 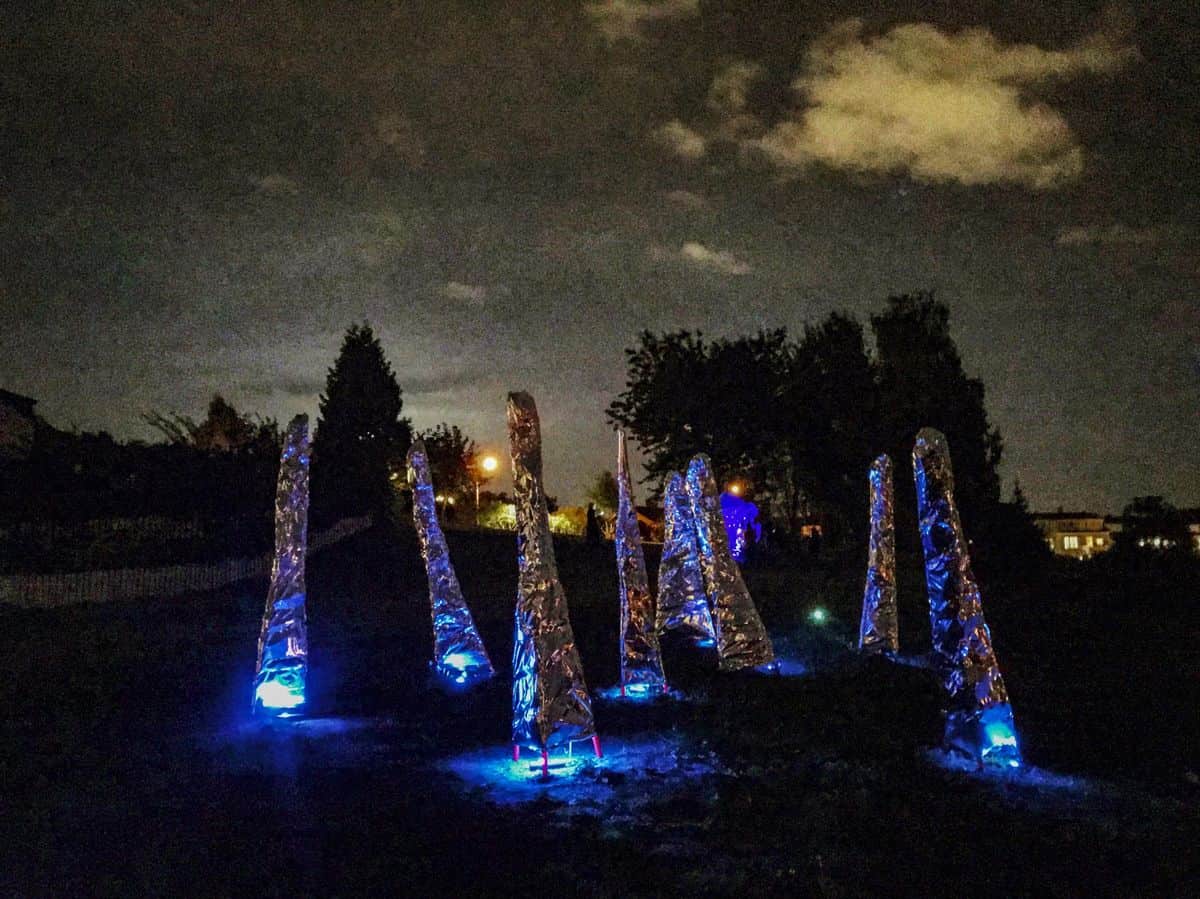 The Vesper Monumenter sculptures stand as pillars reflecting light in the twilight to darkened landscape, and were part of a dual-site installation with Frysja in the Nordre Aker Bydel and the Et Dypt Nett light and sculptures at Smelteverket in the Vulkan Mathallen Arena, in Oslo, Norway.

Rachel Wolfe, (b. 1984 Dixon, Illinois, lives in Trondheim, Norway), is an artist moving between photography, studio practice, and installation. Seeing the body as the generative force in cognition, her work looks at the ways places make people, anthropogeny, obscured histories. The wonder in the everyday and human connection with nature is brought into light with the ways technology manipulates forms in the imagination and sublime. Realized artworks nurture reverence for eros and beauty, the earth and site-specific histories. Meaning in material and representation are considered by practices in science and etymology. She exhibits and works internationally on private, commercial, and consulting projects. (Full bio on website)