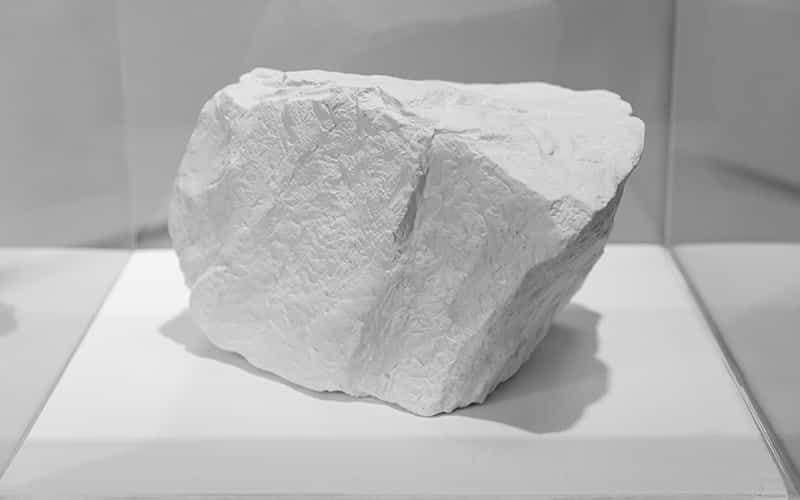 The sculpture is a piece of enlarged, reconstructed limestone. They appear solid and heavy yet fragile.

Particle presents a new body of work by Piyarat Piyapongwiwat who investigates the roots of urbanised development and capitalisation of natural resources. Though the artist does not look at the causes, but rather at the very raw, natural substance from which mass construction in the cities heavily relies on: limestone. Known for its very resourceful, material property, limestone is commonly extracted from mountains and processed to form construction materials such as steel, plastic, and most importantly the highly demanded, lucrative cement.

This exhibition presents a big leap in the artist’s practice which has often been drawing on documentary approach. Based on on-site research in Cambodia and Thailand, particle takes on a poetic, musical wander in documenting. In a video installation, which is the centerpiece of the exhibition, Piyarat allows us to traverse through a surreal world which humans create in the process of destroying. 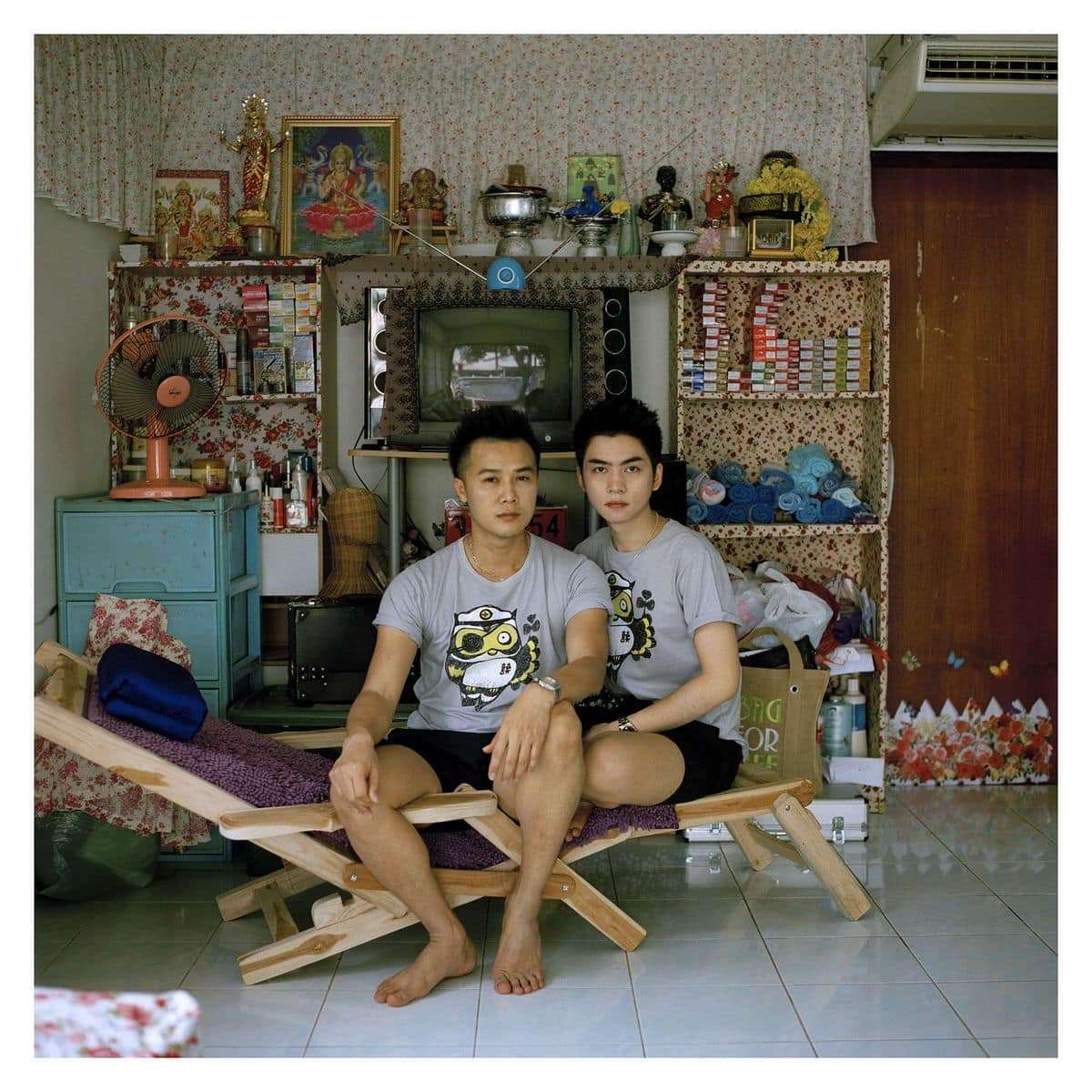 Piyarat Piyapongwiwat (b.1977, Phrae, Thailand) is a multidisciplinary artist working with various media including video, photography, text, mixed media and installation. Her work usually reflects her surrounding experiences, including questioning of contemporary issues such as gender, notion of margin, cultural change and globalisation. Her artistic research is informed by theories of social science, anthropology and philosophy.

She is currently represented by Gallery VER, Bangkok.