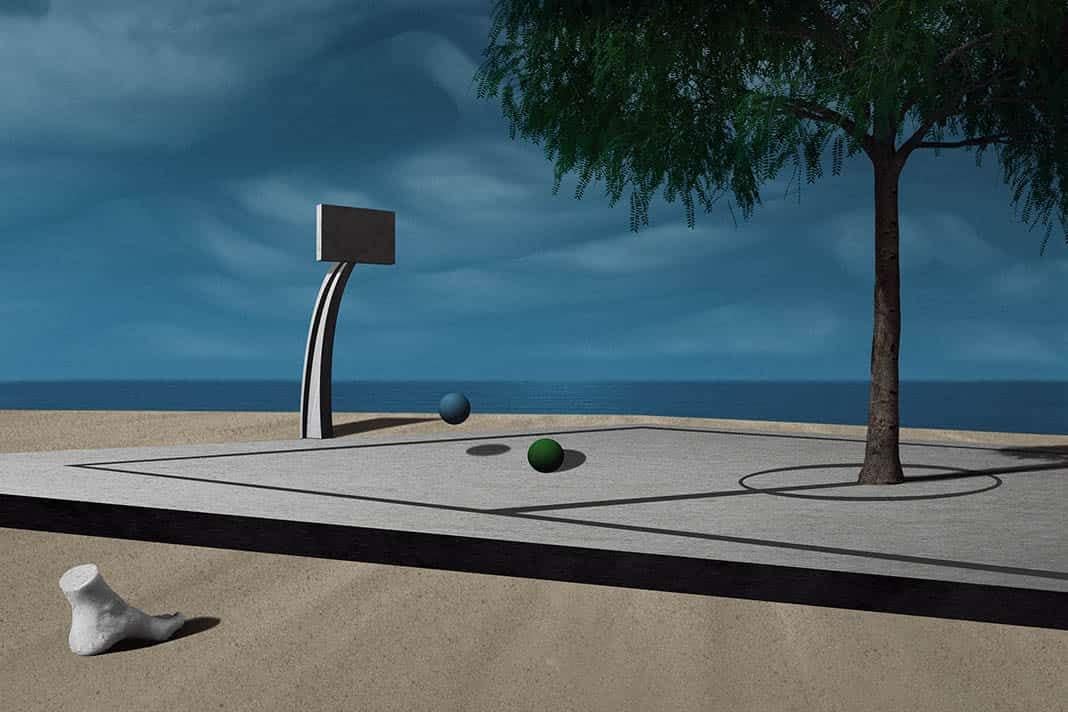 Mad World uses symbols and metaphors, the language of 20th-century Surrealist art, to create a dream-like alienated and bizarre visual world, which explores the connection between inner emotions and nihilism.

The past, present, and the future are manifested through the combination of photography and digital painting. Most of objects in this project are based on the real memory, so first of all photography is a way to remodel the past scene. After that, on the basis of digital painting, to surrealize the true world, distorting and incorporating it within emotions. Therefore Mad World is not only a relic of the past but also an unfinished dream.

Chasing the madness is easy to get lost, because in the course of time, life and death, pain and fragility, affection and tranquility are always alternating cycles in nothingness. The answer might never be found, whether the obsession and memories is the only theory that can keep people survival in the mad world? The Nostalgia of the Infinite. 2016

Inspired by both fashion and fine art, The Nostalgia of the Infinite is a concept-driven series of photographs that tells an emotional life history. It is divided into three sections, Asleep, Delusional and Untrammeled. In the first, the images are intended to create a feeling of emotional disturbance and lack of inner peace; in the second, of an increased openness but a discomforting strangeness; and in the third, of contentment and an infinity of human possibilities.

Though this project is based partly on my own dreams, its visual touchstones include Surrealist art of the early 20th century, particularly paintings such as Giorgio de Chirico’s Melancholia and Kay Sage’s The Fourteen Daggers, as well as the fashion work of photographers Tim Walker and Noell Oszvald. These artists’ images rely on dramatic light and shadow, exaggerated perspective, and strong symbolism to create a powerfully dreamlike quality. To achieve a similar look in my project’s images, I worked entirely in the studio, hand-painting the props and surfaces that appear in the photographs. In combination with strong lighting and post-production enhancement, the effect of this is to mimic the flat, planar look I often associate with Surrealist painting. Even the composition of these images is a sort of homage to the eery, psychologically-charged spaces of a painter such as de Chirico.

The photographs in my project have an art-historical reference point, I believe they incorporate a fashion sensibility that gives them a more modern feeling. In addition to the emotional and psychological narrative they create, I also hope that they challenge the norms and dogma that characterize photography’s representation of female beauty. The Nostalgia of the Infinite. 2016

Ping Wang is a visual artist and fashion photographer based in New York. Graduated from School of Visual Arts with a Master’s Degree in Digital Photography. Ping is specialized in combining fashion and fine art with his unique aesthetics. His love for surreal and metaphysical art inspired him to do special works.  Ping’s artwork has exhibited in New York, Paris, Milan,Tokyo, Beijing, etc. In 2016, Ping awarded the Emerging Photographer of the Year by Photo District News among tens of thousands of photographers world-widely. In fashion field, Ping collaborates with the avant-garde brand IIMUAHII who does the costume design for the movie "Hunger Games”. Also, his work has appeared on Harper's Bazaar, Vogue, Cosmo, Elle, L’Officiel, Vice, Schon!, Vision and others.