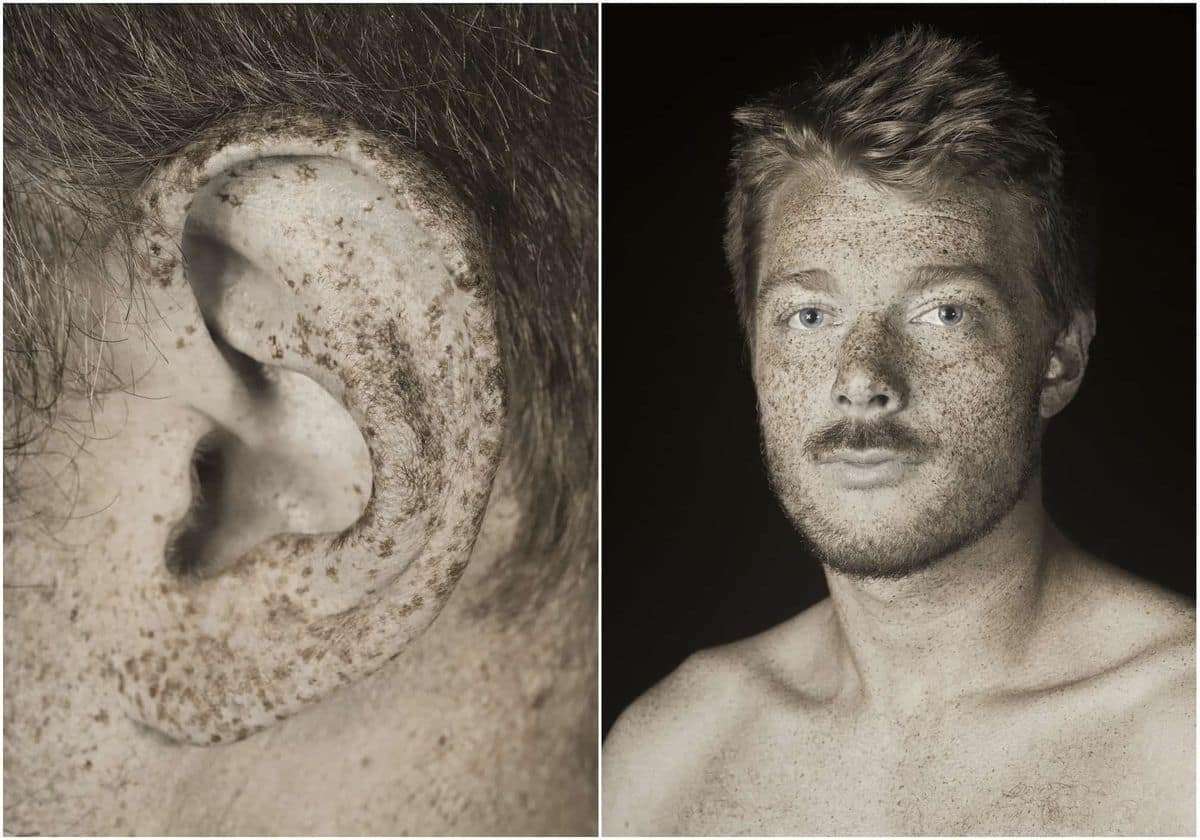 « BRUT » is a photographic project composed of twenty photographs divided into ten diptychs.

This series illustrates the raw and natural character of the human being, revealed by the technique of ultraviolet photography.
Each diptych presents on one side the portrait of a human being devoid of any ornament, presenting himself to the spectator in his own singularity; and on the other side a detail of his body, a more abstract complement to his fleshy envelope.

No place is given here to the alteration of reality. The photographs break the barriers of the skin to reveal the true appearance of each subject, immutable and unfalsifiable. The result is a succession of portraits where sensitivity prevails over plastic beauty, questioning the notion of real image and perceived image.

Each model offers the viewer an intimate view of his own being, which he can not even perceive by himself. 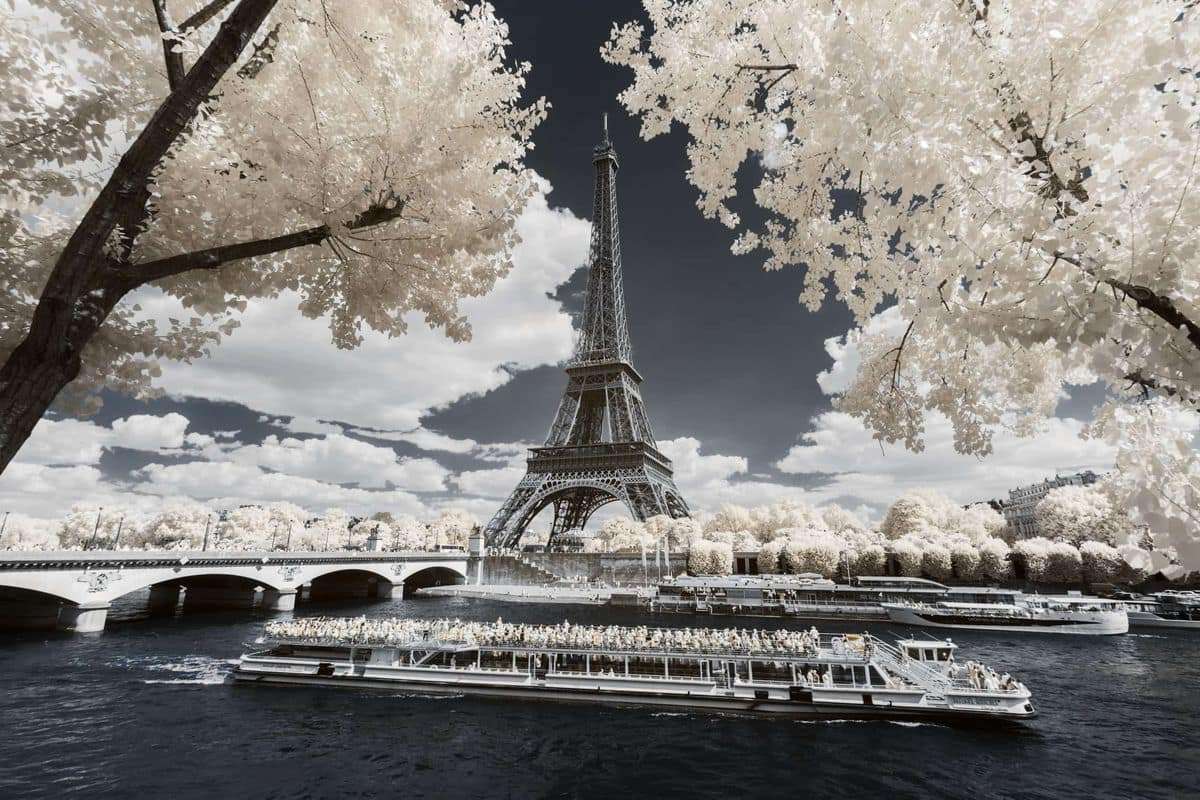 « Invisible Paris » presents a selection of Paris views in infrared, from the most iconic to the most modern.

The confrontation between nature and urbanism is here at the heart of the narration: the vegetation appears immaculate, surrounding monuments and public spaces in a dreamlike whiteness. In contrast, the buildings, gray and dull, try to focus attention without achieving it.

Nature is ubiquitous, pure, as a symbol of escape from the city. The few passers-by scattered here and there accentuate this poetic vision by inviting the viewer to travel through them.

In the end, this series illustrates one of my main artistic approaches: the revelation of an alternative environment invisible to the naked eye and the invitation to contemplation and reverie. 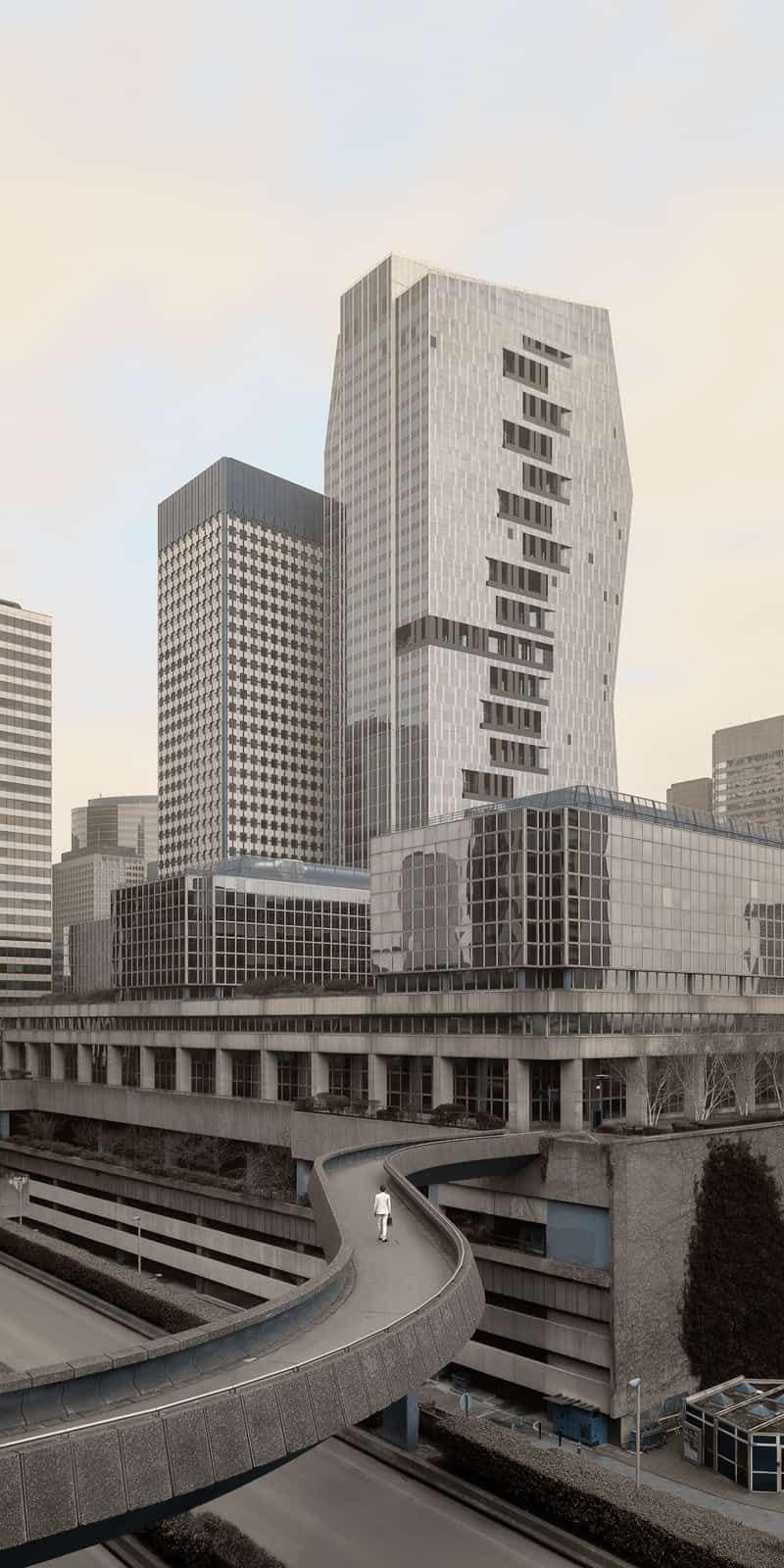 « Urban Echo » is a photographic project of 8 panoramas realized in the business district of La Défense, in the suburbs of Paris.

This series presents an alternative and graphic urban environment in which a single human subject evolves. Through eight successive pictures, this man is confronted with gigantism and isolation, reduced to the scale of an ant moving between titans of concrete and steel. The atmosphere is heavy, gradually leading to anguish and resignation. The themes discussed here are twofold and complementary: professional and urban individualism leading to solitude through the immaculate man on the one hand; submission to industrial and financial groups, economic and all-powerful giants, on the other hand.

The choice of the panoramic format, here at 2: 1 ratio, reinforces these themes by offering an extended field of vision. The resulting stretch amplifies the contrast between the human scale and the urban scale, and hence the feeling of fragility.

My passion for the properties of light and optical sensors, concretized by my scientific studies, directs my photographic work towards a main axis: the imperceptible and the invisible. These notions can be found at different levels in my work:
– The imperceptible temporal, where the photograph freezes in an instant a long period of time, to keep only the static elements, witnesses of the passing of time.
– The invisible physical, using cameras that capture beyond human vision to reveal an alternative universe, strangely familiar and yet different from the environment we perceive.
– The invisible thematic, dealing with unusual social issues and revealing them in a new light.
– Illusion, playing on reflections and perspectives to lose the viewer between several dimensions.

These different approaches allow me to deal with various themes, from the glorification of nature to the fragility of the human body.