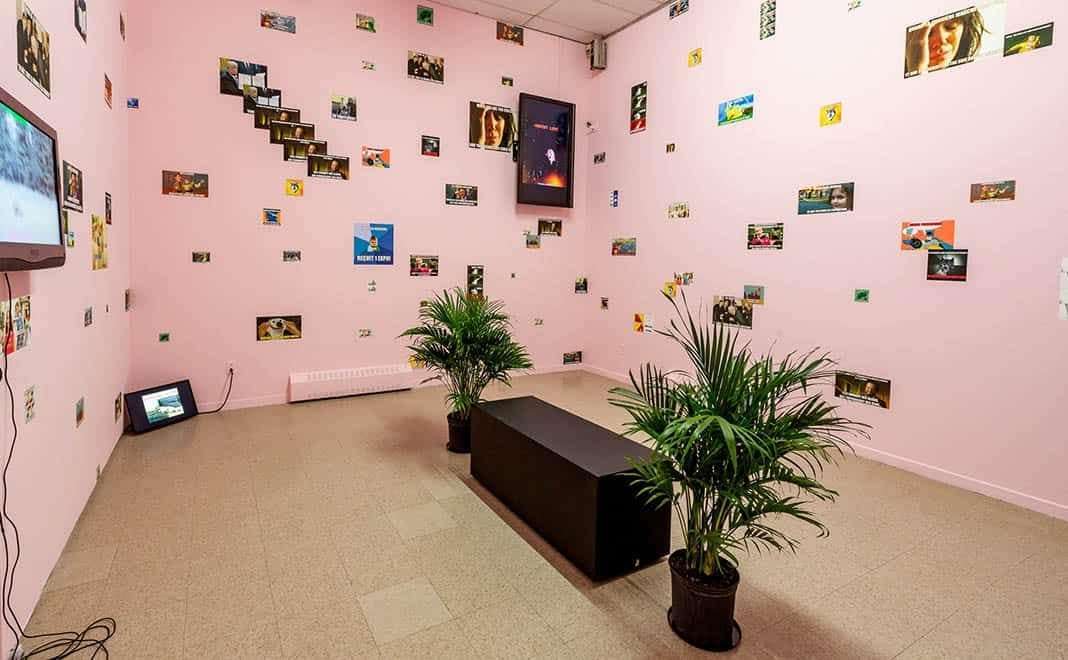 Mosul is the use of 3D archive as a tool to reveal and challenge the link between art, creation of knowledge and dominant power in the digital era. Consisting of digital prints videos and sculptures, this project aims at broadening the vision of History and Archiving.

The destruction of world heritage sites and artworks in Mosul, Iraq, in February 2015, sparked a global move to digitize and preserve important works and monuments. By creating 3D archives of these original works and making them available to everyone, a fundamental shift operated which is reshaping our relation towards Art and how we experience it. By putting it through a 3D program, it then develops into a conceptually porous substance that allows us to insert new contexts and new ways of seeing. In a sense, it reignites the discussions about the works by introducing a gap with the original, putting it in a liberated and experimental zone.

Moreover, Derrida points out in Archive Fever that “There is no political power without a control of the archive, if not memory.”1 This led me to search for who or which institutions were behind this initiative. I then quickly discovered that even though it started as a way to counter the destruction that happened in Mosul, it rapidly switched emphasis on another geographical history by its own institutions: the Western ones. That historical focus pushed by museums such as the Louvre, the V&A, the Met or the British Museum concentrates the accessibility and the production of these 3d files to their own collections.

When The Laurels Wither (Sir Henry Havelock) questions colonialism withing this 3d archive. The original work is a monument found on Trafalgar Square and was erected in 1861 to commemorate the general’s accomplishment in recapturing certain cities during the Indian Mutiny of 1857. Knowing this and the important colonial past of England, contemporary viewers cannot feel anything but unease when they find out that this sculpture was included in the archive to be disseminated. I then imagined what would really look like a sculpture like this today. I used the official saffron yellow found in the Indian flag to counterbalance the work.

Mosul is the use of 3D archive as a tool to reveal and challenge the link between art, creation of knowledge and dominant power in the digital era. Consisting of digital prints videos and sculptures, this project aims at broadening the vision of History and Archiving.

Data Is Not Knowledge explore the base material of the archive: data. In this work I try to counter the way we see and interpret the elements of the archive so as to create a distance between the viewer and the material. Always Meme-cking is an installation that uses memes as a material to explore this visual language and its cultural value. Memes are usually an image of pop culture over which is written a short text; sometimes funny, sometimes scathing. But in what way is this visual system notable for our era?

Memes are self-referential in their aesthetics, but also in their messages, and to gain momentum, viewers and makers have to have the same knowledge about it. They often tackles awkwardness between colleagues, lovers, or in daily life situations, and because of this they function similarly to transitional objects; something that dissipates the frustration caused by these moments. These silent shrieks are mostly the product of a youth to whom the promise of the internet left them only with an ever present precarity. As Geert Lovink said “The once fabulous aura that surrounded our beloved apps, blogs, and social media has deflated.[…] we feel trapped and console ourselves with memes.”

Always Meme-cking uses this visual system and applies it to the art world by taking the life of an emerging artist. By creating a space painted in “millenial pink”, I wish to push further this going-and-coming between awkwardness and fun.

Pierre Chaumont is a conceptual artist living and working in Montreal, Canada. His artworks were shown in United States, China, Japan, South Korea, Greece, Slovenia and Canada. More specifically, he participated in a residency at the MASS MoCA, has had solo shows at the MoCA Laurentians, the CICA Museum in South Korea, along presenting his works in several biennials around the world. He is part of the  collection of the MoCA Laurentians, The Museum of Art in Lendava, Slovenia, the Loto-Quebec Collection, and the New Ark Library collection.