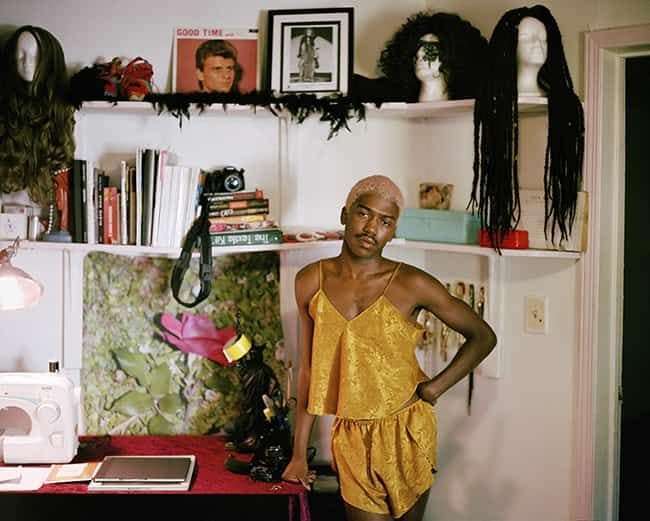 I grew up in a religious household in a small southern town. My mother was raised in the Sanctified Holy Church and my father was raised Southern Baptist. As a result of the strict beliefs I had been surrounded by since birth, I did not feel comfortable coming out as queer until I was 21 years old.

For the majority of my life, I was unsure where I belonged in the world. It was difficult to navigate the space I was growing up in because I could not relate to it or understand my place within it. I never felt like my truest, most open self when conforming to the culture and ideologies around me. As I came to terms with my own identity, the photo series Infinite Tenderness came to fruition.

In 2016, I began exploring the notion of intimacy and identity among the LGBTQ+ community in the American South. These are the people I have met and connected with along the way. Through this work, I have documented the exploration of one’s body, sexuality, and gender that comes along with growing up and identifying oneself.

My intention is to empower others and create an accepting space for queer kids that grow up in small towns and rural areas. Each individual in this series is dependent on another for support and understanding of their ever-changing identities. This is a visual representation of today’s American youth.

Peyton Fulford is a twenty-three year old photographer based in Atlanta, Georgia. She received a BFA with Honors in Photography at Columbus State University in 2017. With an emphasis on narrative portraiture, her work focuses on youth subcultures in the southern region of the United States. Her photographs have been shown worldwide in print publications including recent books – Pics or It Didn’t Happen: Images Banned from Instagram (published by Prestel) and #girlgaze: How Girls See the World (published by Rizzoli). Her work has been featured on BuzzFeed, Juxtapoz, VICE, and The British Journal of Photography.