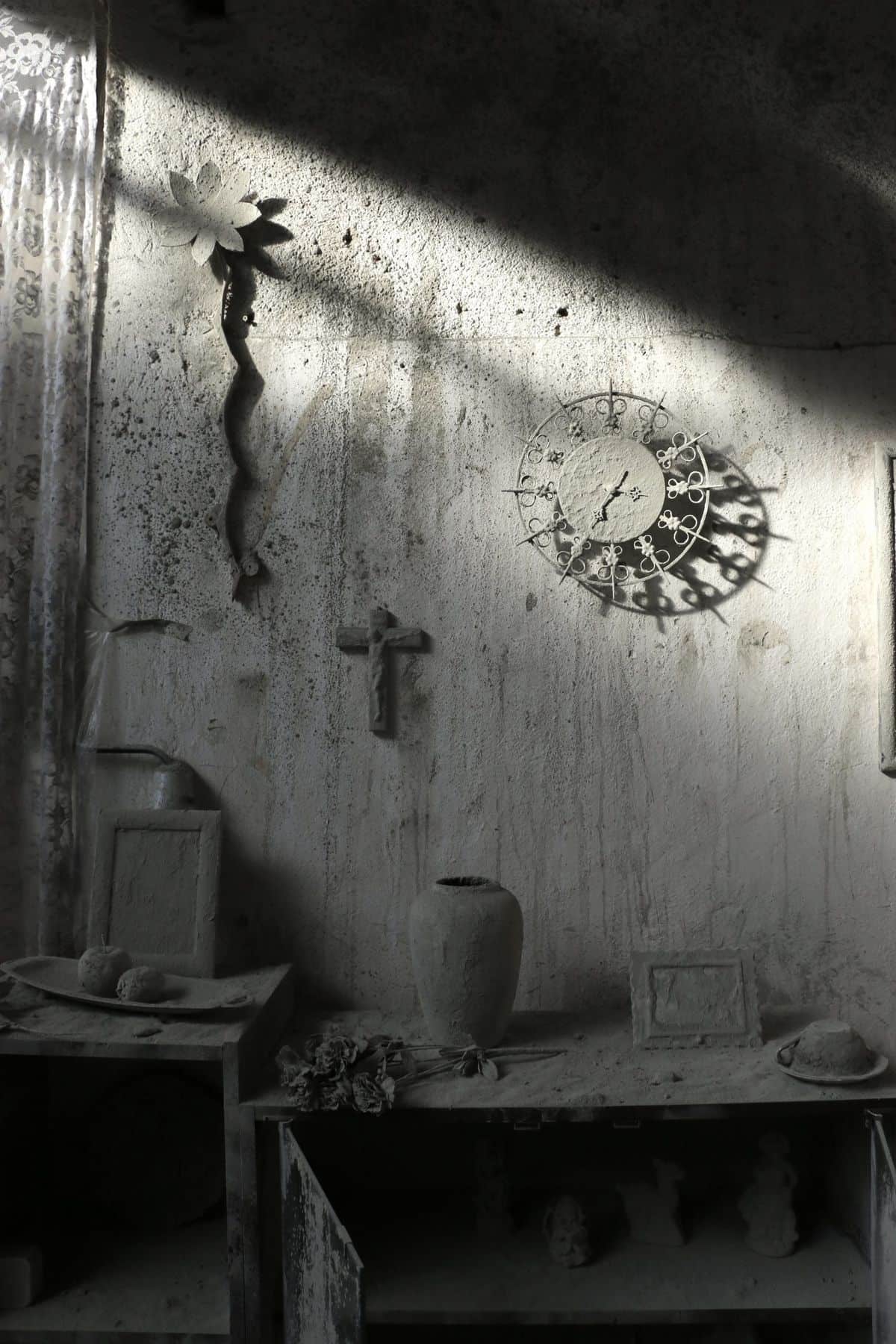 Tephra, is a series of installations and objects, recreating domestic interiors covered in volcanic ash from different areas. Inspiration is coming from a single photograph of a buried interior from last Mount Merapi explosion, Indonesia in 2010.
There are two clarifying elements of Tephra, in which the notions of time play distinct roles within the work.
First, there is the principle of how ash is represented by the scorching of everything it touches whilst hot. This includes importantly, how the ash ravages the lungs of the living organisms it encases and how it simultaneously excoriates and blisters the organism’s skin in very short timing.
Second, the ash catches and calci es the physicality of the organism in the process. This can be seen as a preserving a ‘last’ moment under the thick layer of ash. It’s akin to a “memory-shell”. Other organisms are similarly encased in amber for long number of years without decaying. It is a method of preservation tensed under duress. 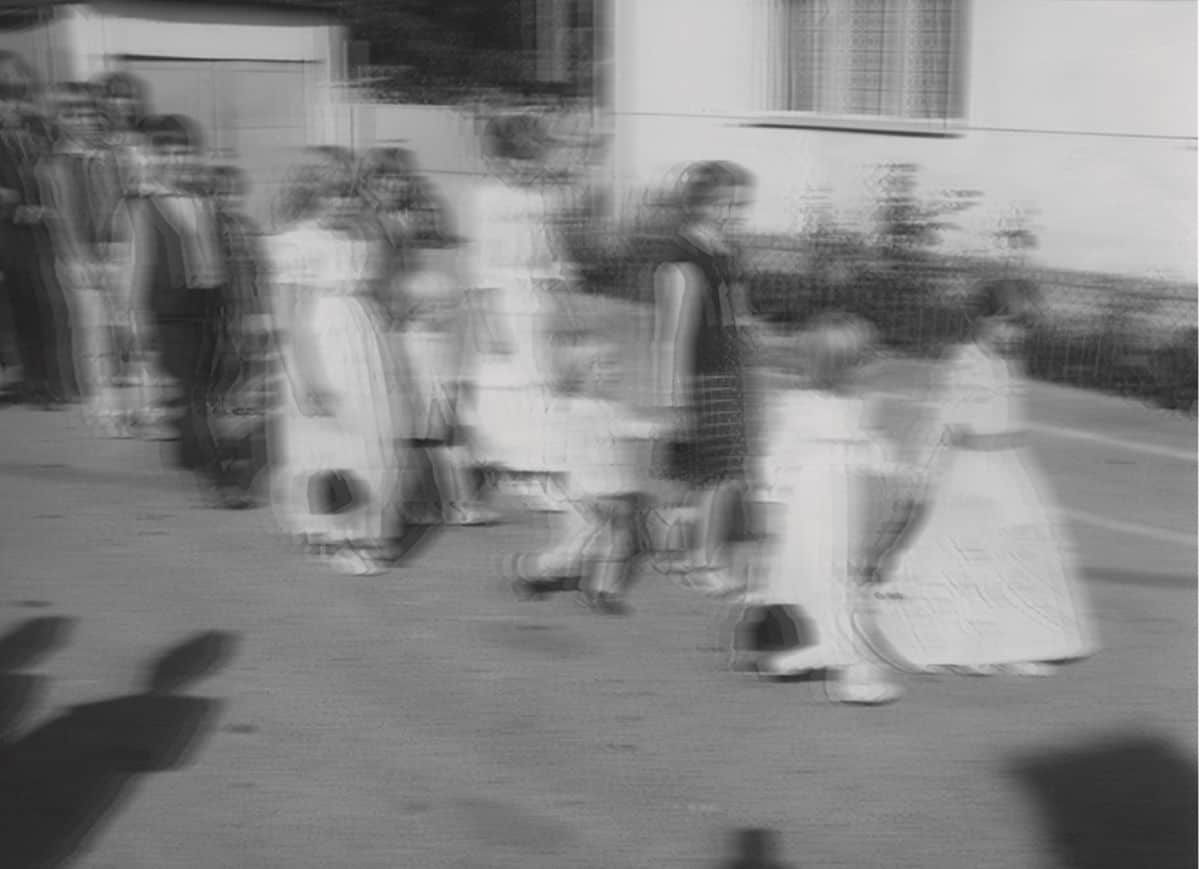 I have been looking at the role of memories in our lives. They can either be activated by photographs and objects, or through our senses. I have also been looking at the role of forgetting and remembering. I wanted to create a space where I could work closely with memory. In utilizing darkness, the role of the other senses becomes predominant. Our perceptions change rapidly once the visual is questioned and inner visual world becomes more accessible. I decided to combine sounds, photographs and strobe lighting in the dark space to resemble the relationship of the afterimage of the image and the echo of the sound wave. Something once happened, an origin of an event, and it either gets recorded in a fragmented way into our brains and comes back to us as an ‘after image’ and/or ‘echo’, or it gets forgotten. 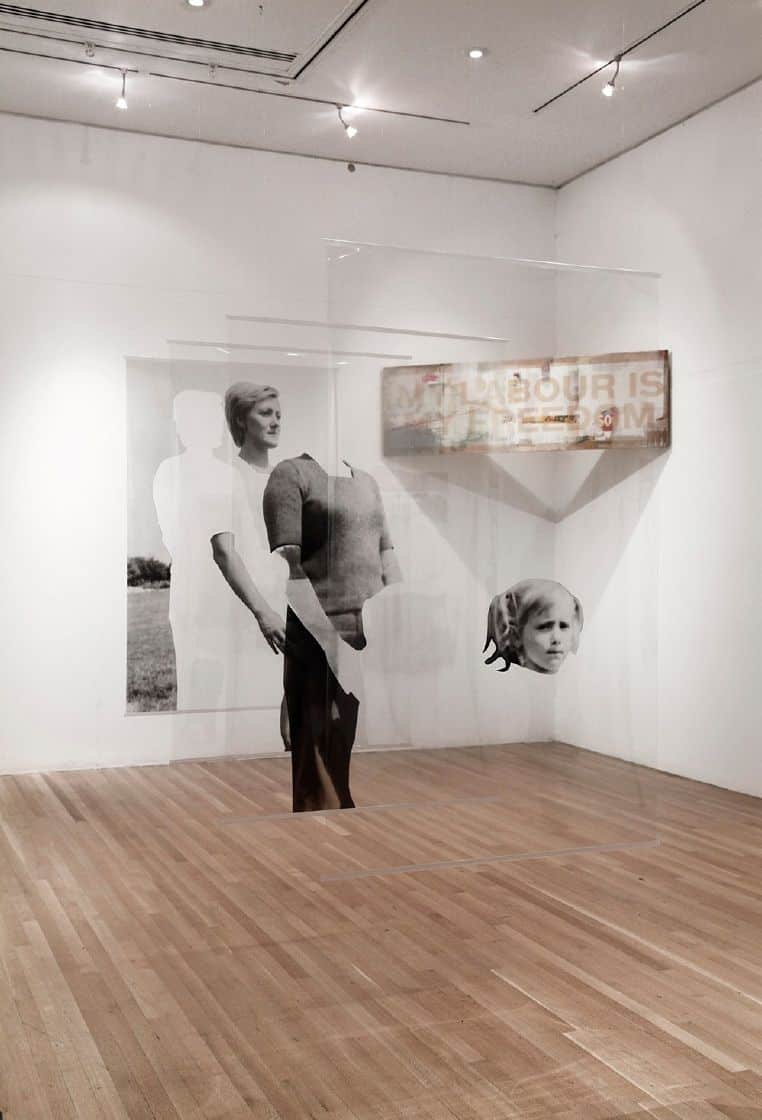 Installation, archival photograph layered and printed on individual life-size transparent sheets, hanging from the ceiling
‘Her voice, which I know so well’ encounters the problem of loss and mourning through a photographic piece, depicting a mother and her daughter, on 4 hanging sheets of transparency. The mother gure is simultaneously lost and found in the act of recovering her image through a 4-dimensional photograph. The personal loss, embodied in this image is an attempt to recuperate the time that I never experienced with my mother – an act of mourning.
The photograph doesn’t have a front or back, you can see through it. Everything around it becomes part of it and the photograph becomes part of everything. It is taken away from the wall and stretched into the space. The audience activates the piece by walking through the sheets.

I graduated from the Royal College of Art in London with an MA in Photography. My practise focuses on the relationship between remembering, forgetting, blindness, ganzfeld effect, prisoners cinema, retina acquisition, entoptic phenomena, infinite time, labyrinth, volcanos and sonic memory material through photography, sound, installation, video and interactive design. My huge inspiration is coming from animal super senses. I have worked as a photographic assistant to the artists Mat Collishaw and Richard Learoyd and to the photographer Peter Mallet for the reproduction of artwork for galleries including former Haunch of Venison, Hauser & Wirth and Blain Southern amongst others. I have participated in numerous group shows in London and Paris.