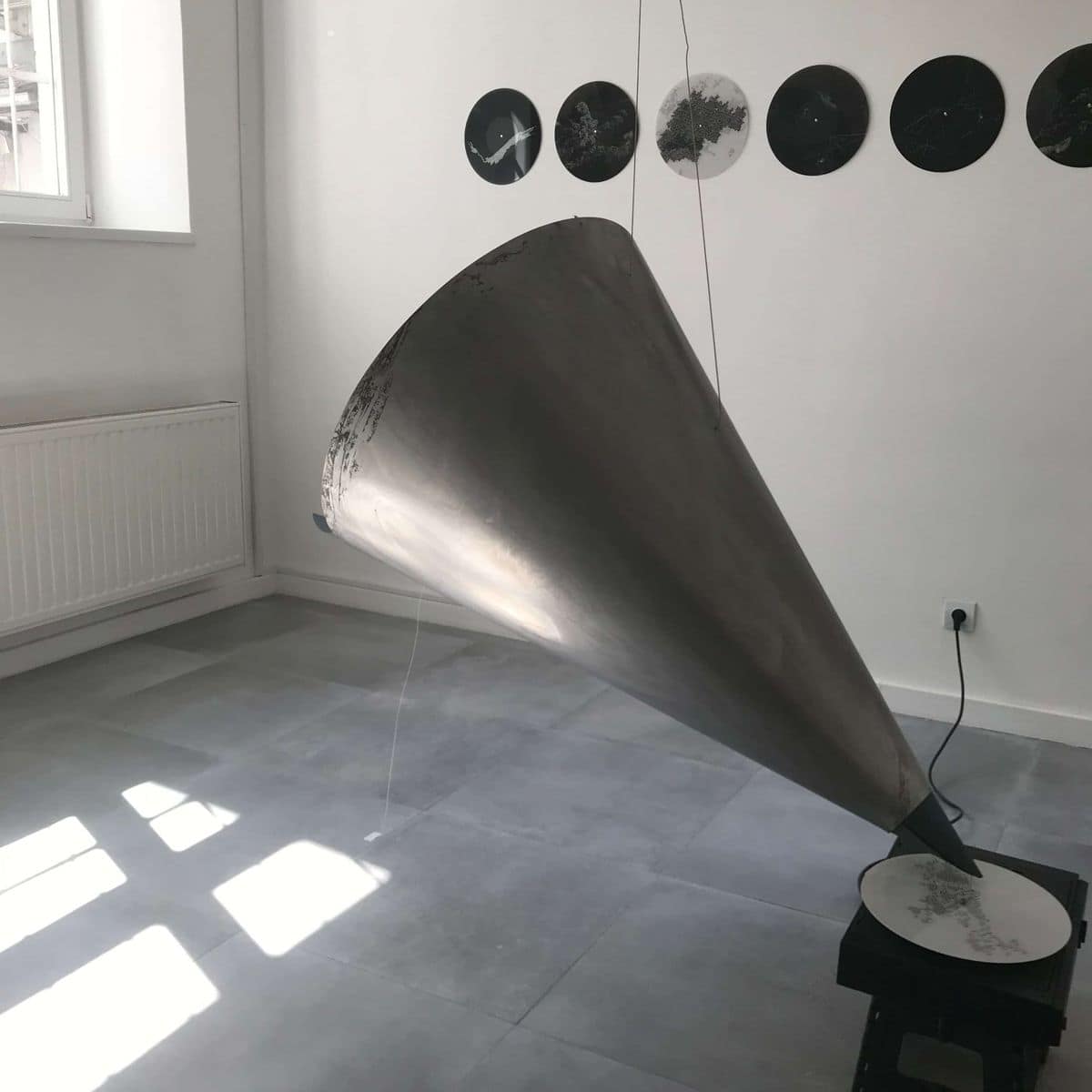 One of the inspirations for the project was the scientific fact that everything that exists resonates. We perceive vibrations of miscellaneous frequencies with all our senses as sound, electricity, heat, light/colour, X-rays, even cosmic waves, and possibly mental and ethereal waves. The naN group has translated resonance to the language of art. A collection of noises of our civilisation, recorded in different environments were the groundwork of the [alter] project. We have pressed noises and sounds compiled and composed serially, or — strictly speaking — in a dodecaphonic fashion onto vinyls. Usage of multimedia tools and software is transforming and altering raw, natural material. Playing it back from traditional vinyl disks with an imperfect gramophone (tube) returned to analogue signal back to a state before digitalisation of both sounds and image, a multisensory experience. Using multimedia techniques combined with primitive effects yields an unseen, surprising effect. 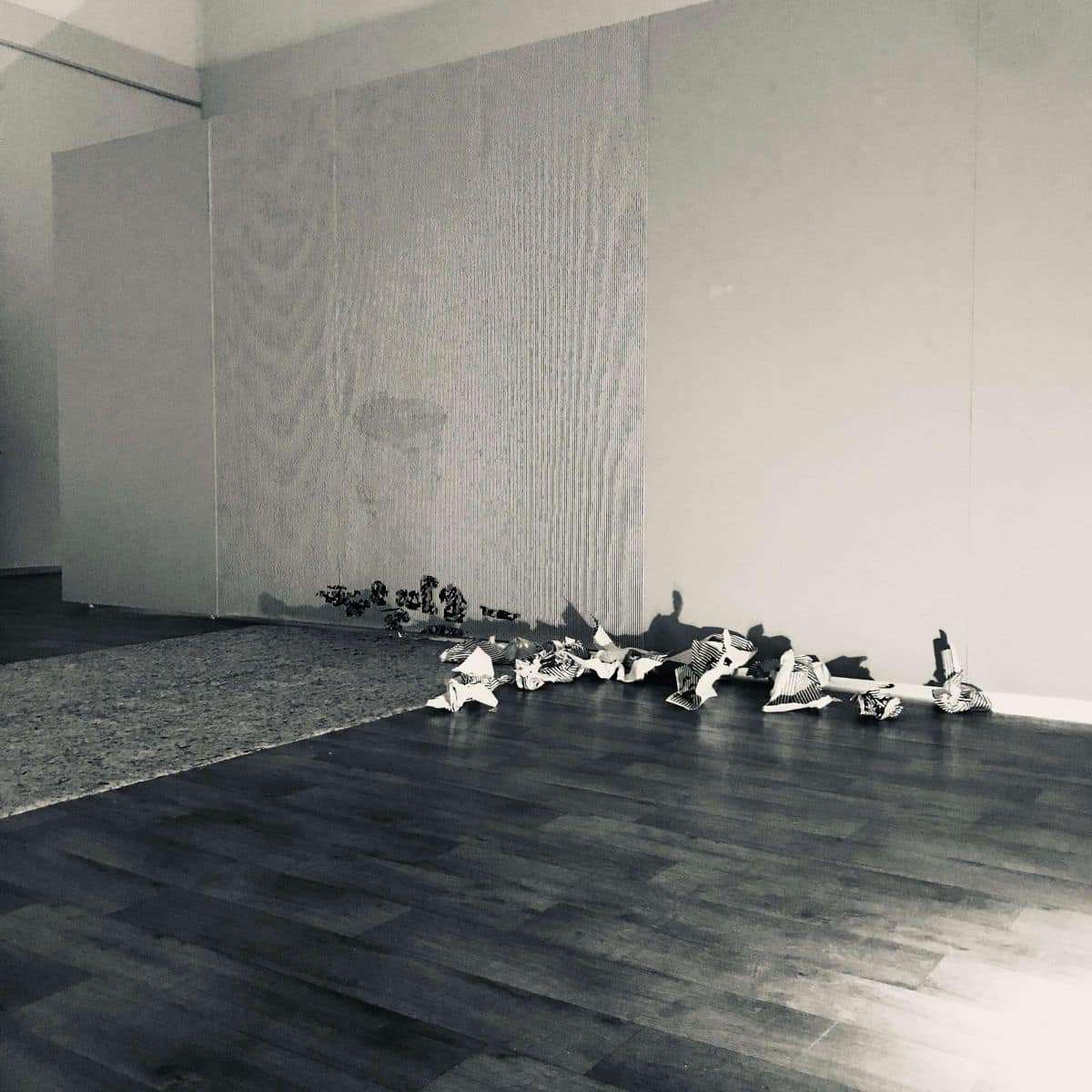 RAZZLE DAZZLE TRASH is an experiment that explores spatial vision with regards to two-dimensional representations.
Optical effects caused by graphic patterns and how we perceive them are still researched scientifically.
Our actions are also a critique of the current civilisational problem: the growing amount of rubbish and waste coming from production lines. We obscure the problem from both our eyes and our minds.
Dazzle camouflage is a type of camouflage which was used during the First and Second World Wars. Cubist patterns overlap with the shape of the ship, making it difficult for submarines to evaluate their speed and direction. The pattern is based on contrasting colors and complex shapes, as found in Cubism. 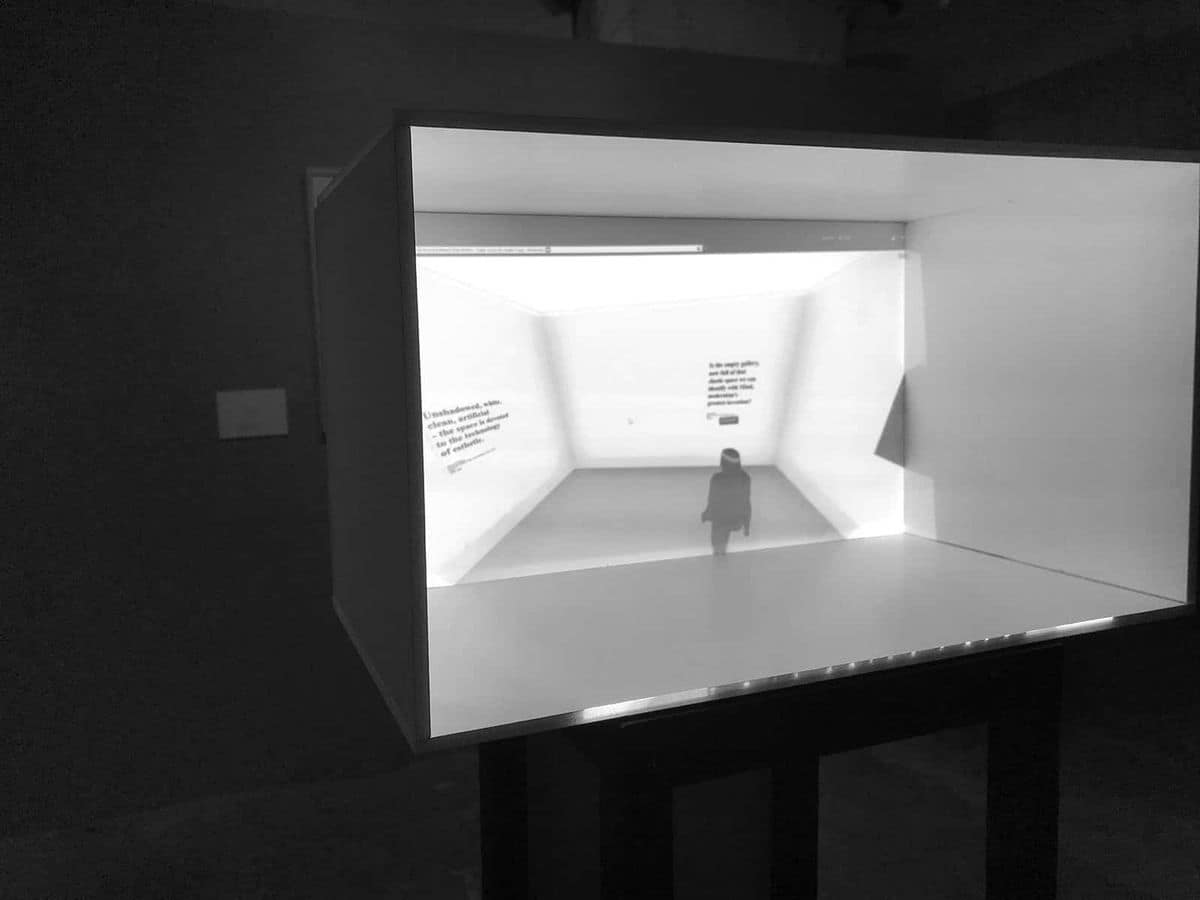 Inside the Second White Cube 2018

The virtual world of Second Life was devised with the intention of freeing it of the flaws our earthly existence has; in actuality, there is a voracious, capitalistic utopia. The game’s slogan – Your world. Your imagination – suggests the users’ complete self-governance and freedom. Initially, the project aimed at creating a »second« identity of the artistic duo and an ideal exhibition space. Brian O’Doherty’s 1976 essay, Inside the White Cube: The Ideology of the Gallery Space, described a solution for exposition of art – that is, an empty white cube – that would make it possible for one to perceive the exhibits objectively.
Our virtual exhibition does not comprise any exhibits, except for short passages from O’Doherty’s book. This is a provocative and ironic response to the efforts towards »perfect« conditions – the space always influences the presentation, and vice versa. Striving for faultlessness leads to the appearing of further faults and unplanned side interpretations.

naN – not a Number group – is an artistic group formed in 2015 based on the collaboration in artistic activity of Alicja and Adam Panasiewicz. The artistic duet is mainly concentrated on artistic works using the language of the new media that make for great liberty in creation, and vagueness of interpretation, of the projects on intermedia. They are inspired mainly by the world of science, both modern, technologically advanced and outdated theories that have fascinated mankind for decades or hundreds of years.
Alicja Panasiewicz – visual artist, creates light objects and installations and has put focus on the phenomenon of light in space and the aesthetic value.
Adam Panasiewicz – visual artist, makes interactive installations that employ programming languages ​​and focusing on the properties of reception in the context of the physiology of vision.
They both have graduated Academy of Fine Arts in Cracow, Poland and work at Pedagogical University of Cracow, Poland, Faculty of Art