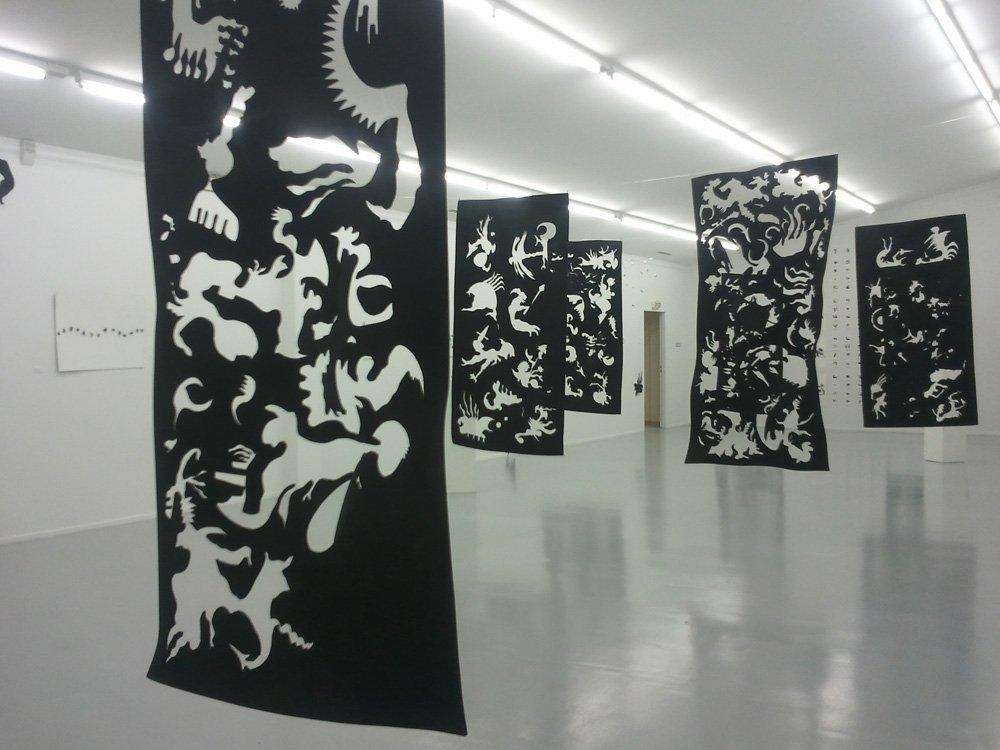 This installation is the free representation of our human cells in which the "human bodies" are represented here by polyethylene foams
By playing with the idea of the escape and the autonomy of our cells, escaped from their original framework, I wanted to confer them an identity of their own. Zoomorphic, anthropomorphic, abstract, combative, amorphous, but inseparable from their point of origin.
Forms that escape gravitation, the figures concentrate and seem to drift freely in a defined space. The structures, of geometric form, reinforce the feeling of floating. Playful and organic forms, shadows and lights, childhood landscape passing from black to white. The forms can be presented far from their original frame, seeming to escape, discernible without being surrounded. 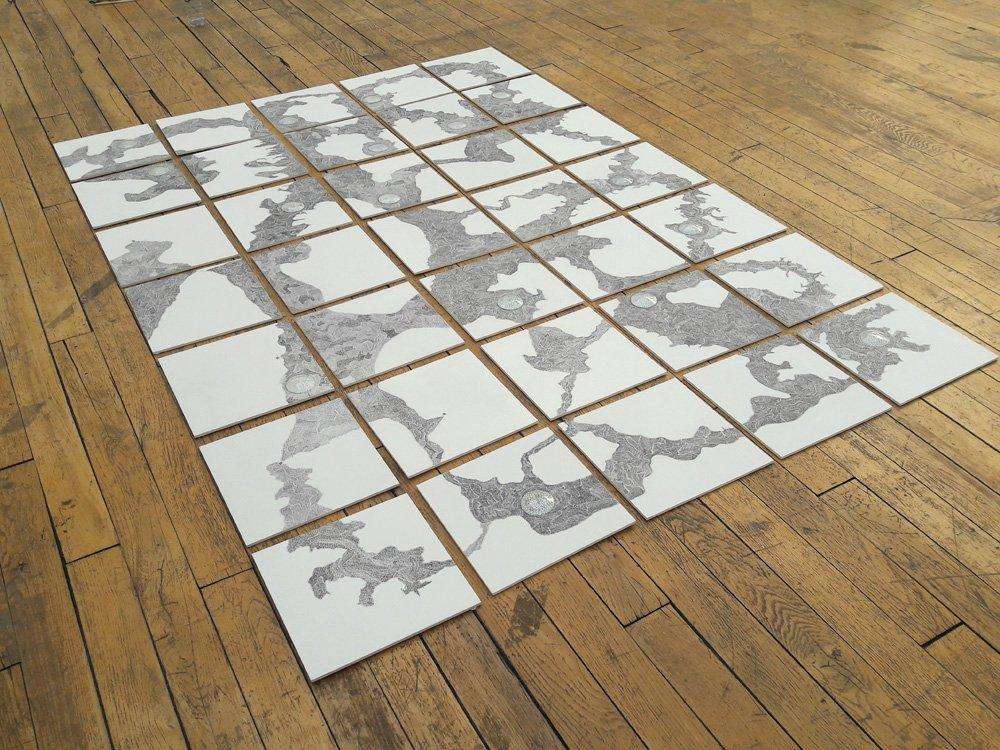 The tectonics of plates 2019

In the image of a continental drift, I create a cellular allegory using the codes of IGN maps. Placed and moved in space, these cells develop an identity of their own, evoking an ever active renewal of our cellular activity. Taking up the theory of continental drift, I conceived an installation in situ evoking the transformations translated by the cutting of the earth's crust into a certain number of plates and by extension and analogy refers to cellular migrations. Starting from the idea of transformation of the landscape, induced by geological phenomena I extracted from the observation of cartographies. The time of realization of my work recalls the slow displacement of the plates. Like a geography in perpetual and imperceptible movement and an incessant cellular displacement, my work consists of repetitive drawings/signs of circular form developing in space. Here it is a question of geometrization of a landscape: By definition without any angle, the circle has no "sense" 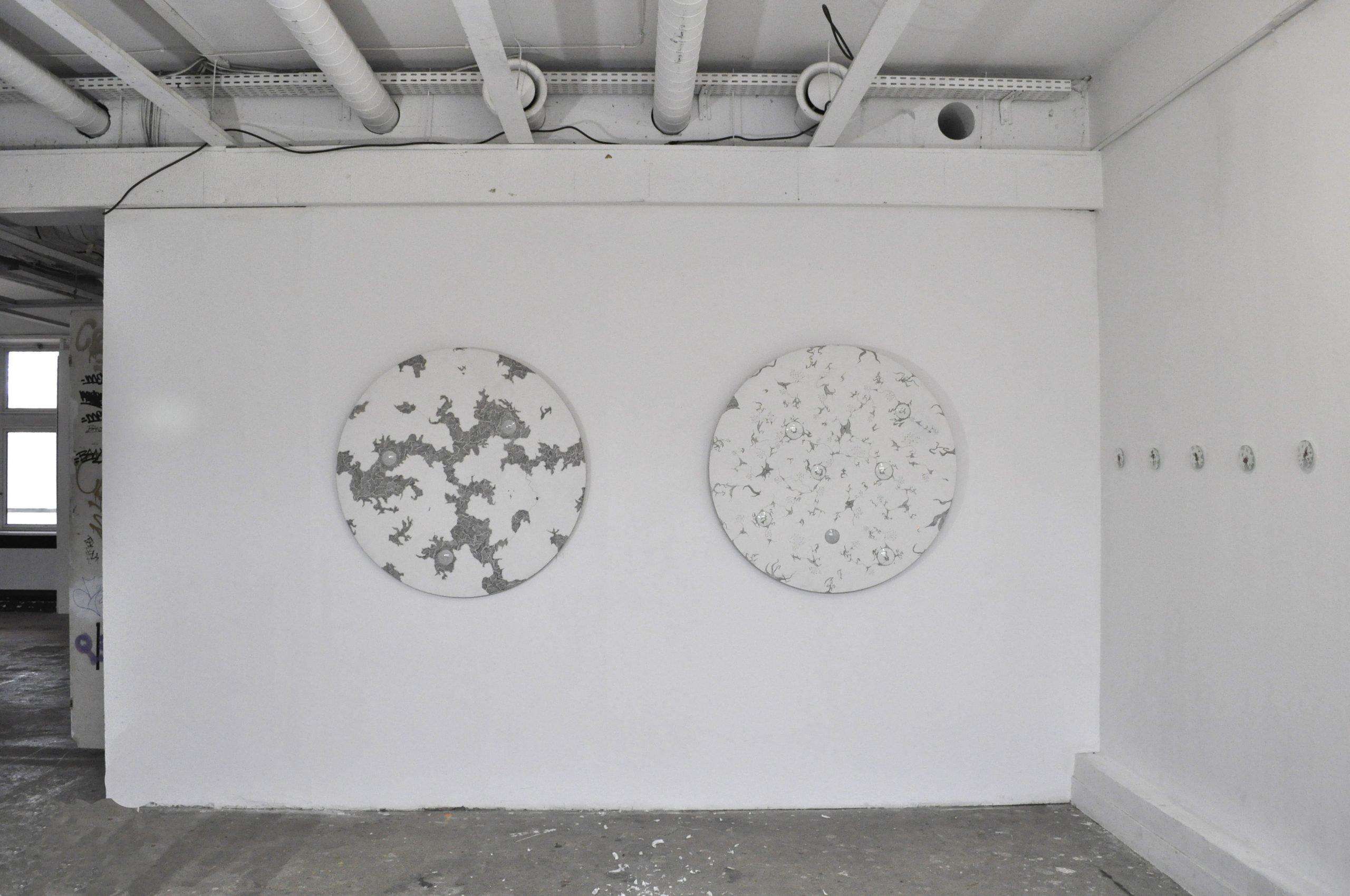 Nathalie Borowski tries to establish connections between science and societal patterns. "What if the organization of society, its movements, its networks, its communication were only the reflection of our constitution and cellular modeling ?"
Based on established scientific facts, she directs her research towards a dreamlike, allegorical universe and composes analogies with the outside world. Cells, genes, chromosomes, cellular migrations, communication systems are all pretexts for a reflection on the theme of DNA. Like a living organism in perpetual evolution, his work attempts to unfold its signs and codes. The artist evokes through his imaginary landscapes the cellular migrations. His creations are inscribed in a long time that is reminiscent of the slow movement of cells and question our relationship to time.