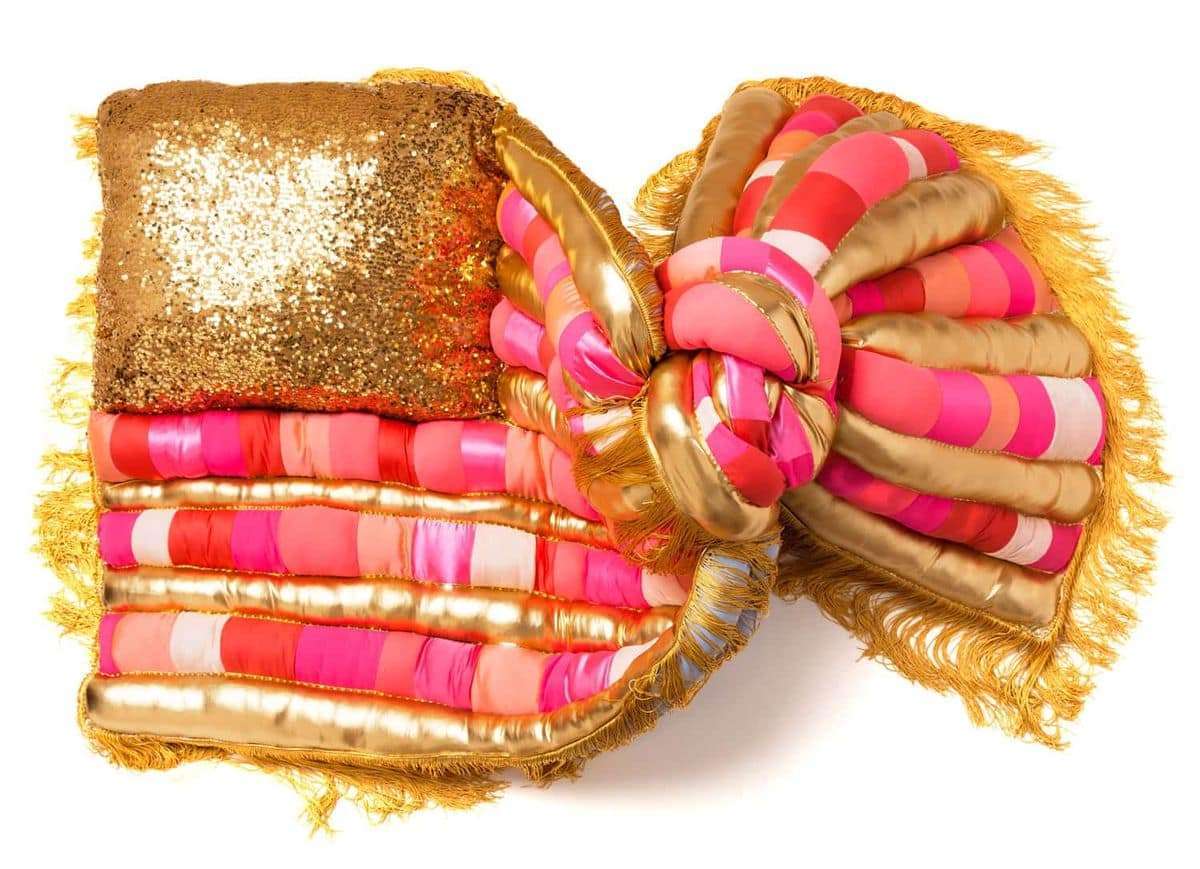 Bloated Flags is a collection of stuffed, swollen versions of the American flag using a variety of flamboyant fabrics. With these sculptural pieces, I am interested in the flag as a symbol with a variety of representations and swaying definitions of pride and shame. America, Current Mood was created right after the election of President Donald Trump. 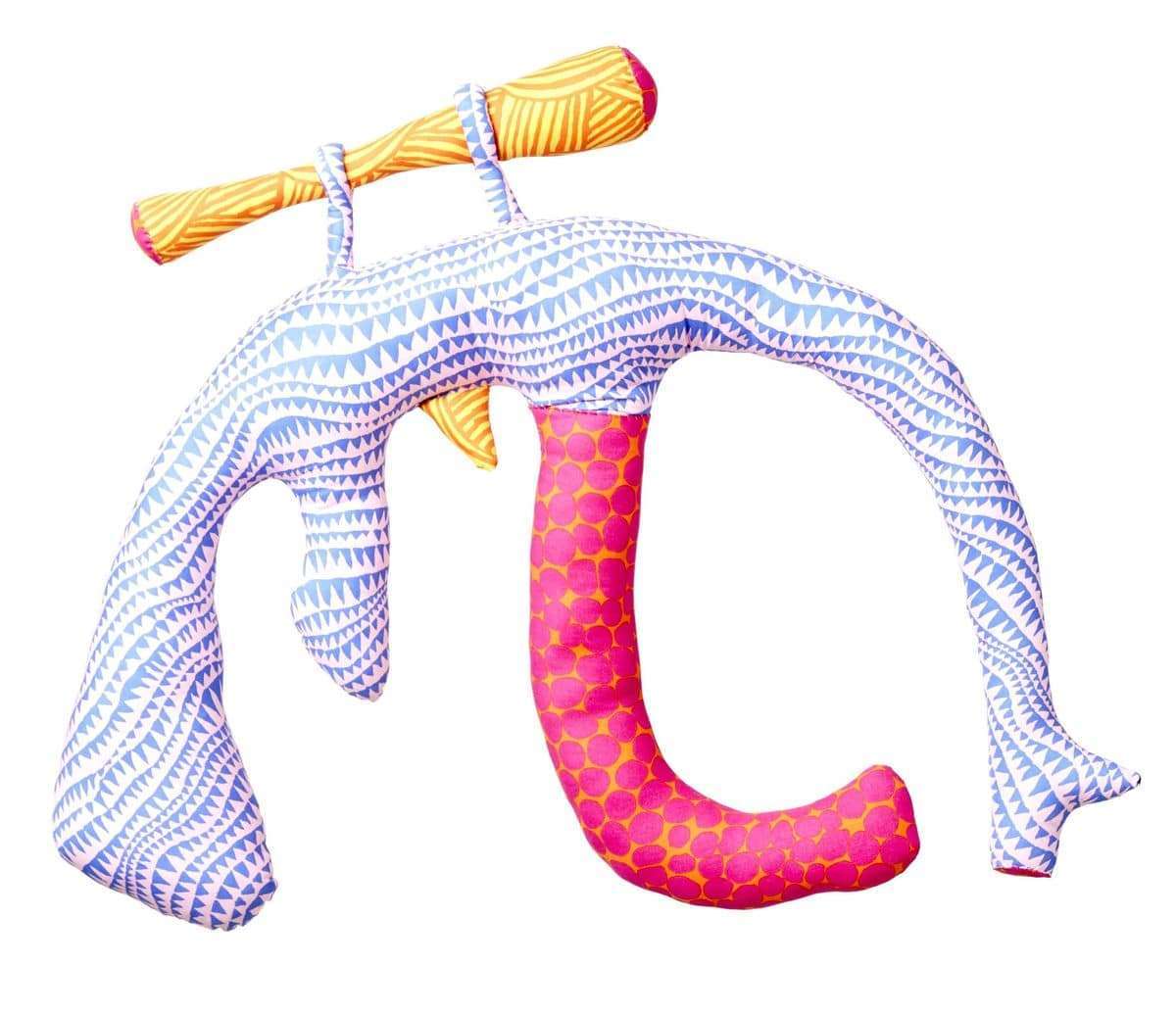 This is from a series of works called Warm Gun that examines the United States’ issues of gun violence and masculinity through a collection of colorfully quilted, droopy, caricatures of assault weapons, bringing ‘macho’ objects into a traditionally feminine sphere and questioning their potency.

This piece is from a series called Alt Caps that explores the culture of online commenting and gender. Pulling text from reactions to a negative article written about me and my work on Glenn Beck’s website, The Blaze, I use sewing and quilting techniques to turn the numerous reactions that question my gender, sexuality and sanity into banners that echo those made by suffragettes or recent protest signs.

Natalie Baxter (b. 1985, Kentucky) explores concepts of place-identity, nostalgic americana, and gender stereotypes through sculptures that playfully push controversial issues. Natalie received her MFA from the University of Kentucky in 2012 and a BA in Fine Art from the University of the South in Sewanee, TN in 2007. Her work has been exhibited in galleries and museums internationally with recent solo exhibitions at The Elijah Wheat Showroom (Brooklyn, NY), Next to Nothing Gallery (New York, NY), Cunsthaus (Tampa, FL), and Institute 193 (Lexington, KY). She has been an artist in residency at the Wassaic Project, a fellowship recipient at the Vermont Studio Center, and awarded the Queens Art Fund Grant. Press for Baxter’s work includes, The New York Times, Hyperallergic, The Guardian, Vogue Italia and Bomb Magazine. She currently lives and works in New York, NY.