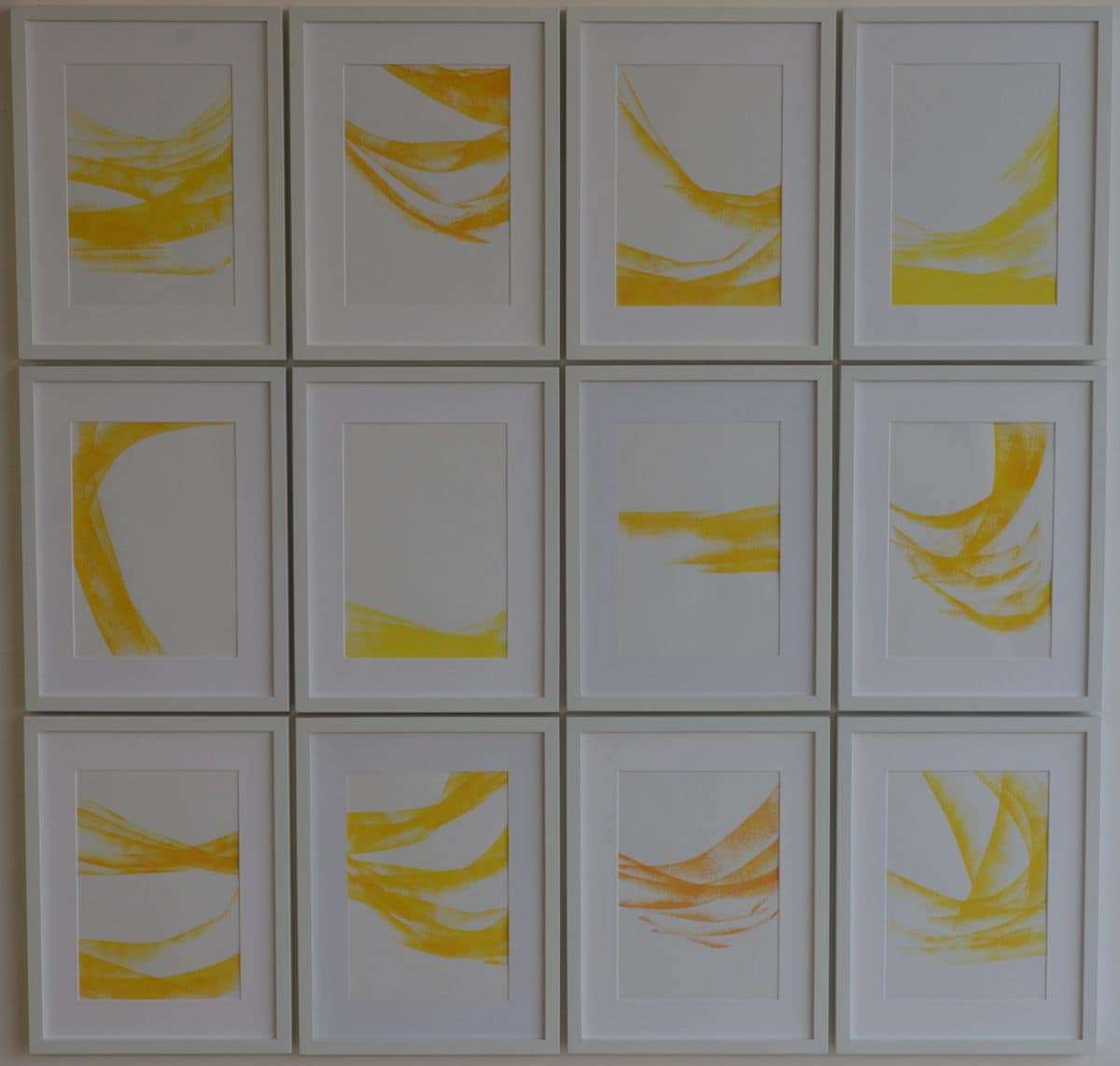 Growing up in Bangladesh my childhood memories are full with the rainy days. In Bangladesh we have six seasons. Being a tropical country the seasons has very significant changes. Rich with songs and poems, we Bangladeshies grew up singing songs of Rabinranath Tagore, Nazrul Islam and many more poets. Among these poets specially my this art work is inspired by one of Tagore’s song called “Megher Kole Rod Hesheche”. Tagore is the first Non-European to win the Nobel Prize in Literature. When it rains in Bangladesh, it can rain for days. Sometimes causing Flood and ofcourse no school. Children miss playing out with their friends. When the rain stops and sun is shining again, children feel the joy to go out and do all that they missed these last few days. Tagore wrote this song telling us about all the exciting plans of what to do next.
With watercolor on paper I wanted to capture the sunlight behind the clouds, like a smile on a Childs innocent face.

Here I was inspired by a road accident that took place in July, 2018, in Bangladesh. Two high school students were run over and killed by a speeding bus; the two buses were racing one another. The bus driver didn’t have a valid license. This accident led thousands of school students to protest and raise awareness against the traffic law in Bangladesh. School students in their school uniform, got together on the road and started to control the traffic, checking the paper works, checking if the vehicles were roadworthy. They were not scared. This accident wasn’t anymore an accident of those two families only but the whole city of Dhaka and the whole country of Bangladesh felt it. These students showed the country how it can be controlled and ensure that the roads are safe. They were just like fire, like the sun. They rose like a new hope. Together all the students tried to make a difference for the future. In my painting I wanted to express their courage and power through the sunrise.

I live in Saudi Arabia because of my husbands job. The summer is very hot and sunny here. The temperature can get up to 50 degree Celsius. I see a lot of workers, who are working under this big, sunny and hot sky, out side in the street. Mostly these workers are from Bangladesh. The country where I was born and also grew up. I feel very compassionate for them. It is hard but they are still working to support their poor family, who live back in Bangladesh. They work also to make their life better because they can earn more here. I wanted to show in this painting the scorching sun light and the heat with the bright big yellow sky during the summer. Which is the common summer sky here in the desert.

The sky is full of dreams. Naima discovered this as a child growing up in Bangladesh observing the sky as it constantly changed the colors and the expressions with it. The sunrise, the sunset, the dark night, the rain when it is full of dark clouds all seemed very romantic to her.
While studying in the Institute of Fine Arts in Dhaka, suddenly a neurological disorder called Guillain Barre Syndrome left Naima completely paralyzed. For one and half years she couldn’t move any of her limbs, and her only dream was to run across the grass field and look at the beautiful sky. Since then the sky has been her biggest inspiration. She loves to paint birds too. Birds remind her of freedom and movement. Movement is something that she celebrates through every brush strokes on the canvas.
When I recovered and graduated I moved to the Netherlands. The Dutch masters like Van Gogh, Ruisdael inspired me as well. I love