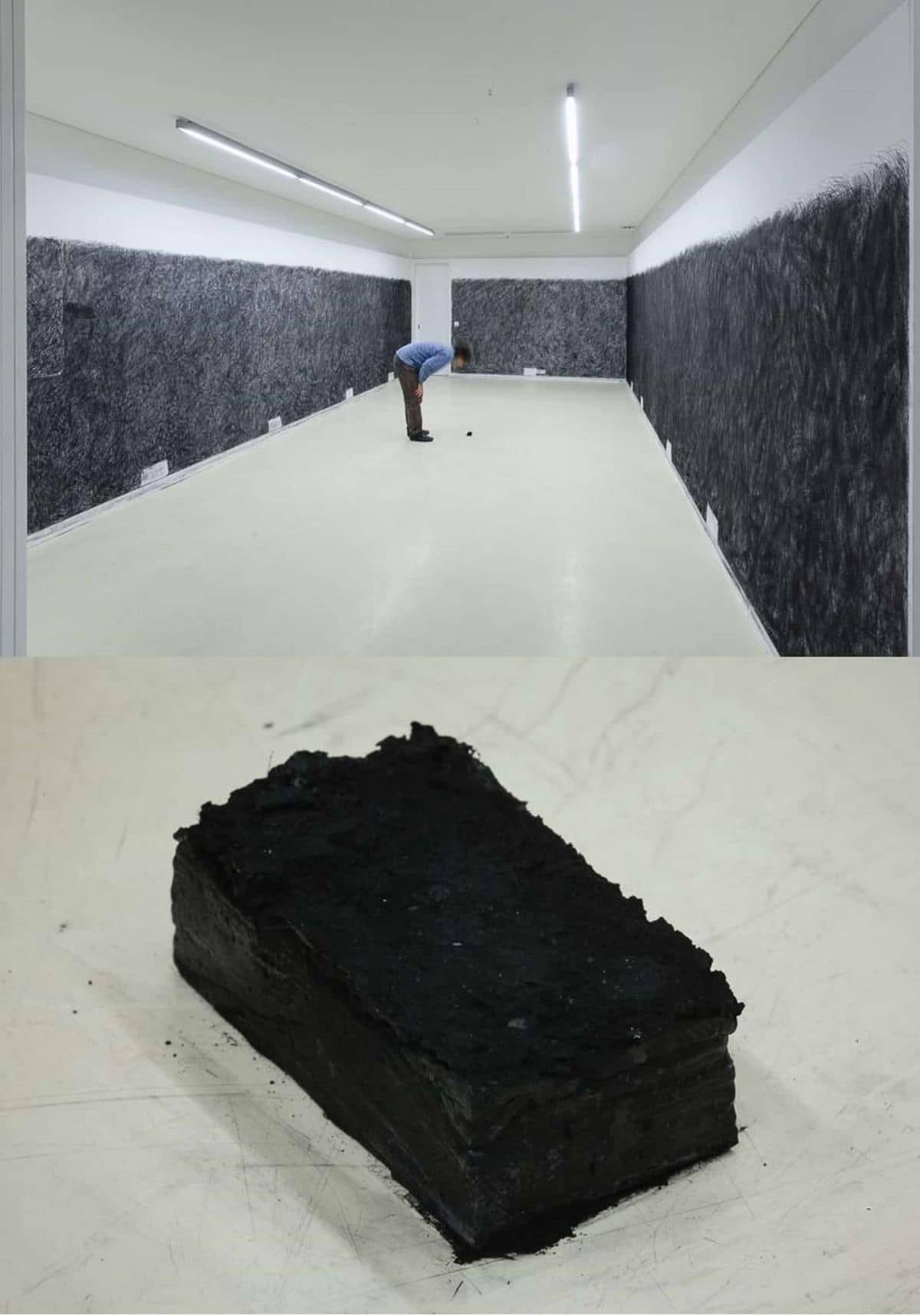 Charcoal within arm reach on walls, and charcoal dust remains cooked with beeswax and shaped in proportion with gallery space
9 x 5 m and arm reach hight
The work grows from the experience of drawing as practice and transforms it into a corporeality of sculpture that contains the whole process of creation and the space in which the work is made. Charcoal is not randomly chosen, as a medium and content of work, and by its very nature, it is connected with the former life of living beings 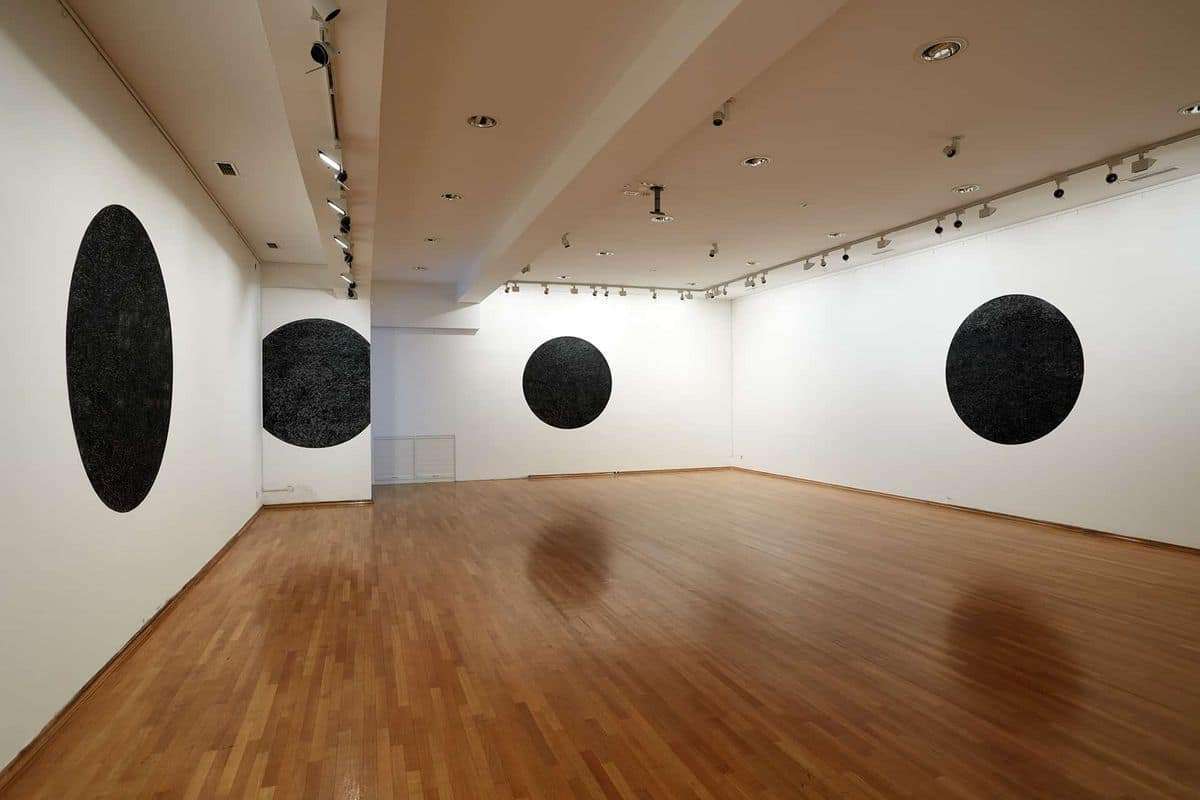 In Ratio series I produced a circular pieces by rubbin charcoal onto the gallery walls. The center of the piece is also the geometric center of the wall on which it is applied. Upon “entering” the center of the wall, I draw a circle within my arm span, and directly impart on it the proportions of my body. These circles aspire to exponentially occupy the geometric centers of all available walls. The circle is inscribed regardless of how far the surface of the wall permits it. Through circular shapes defined by embodiment – in this case the shape of my body – I inscribe a cosmic reality which is visually representable, but also woven into eternity. This knowledge was described by architect Vitruvius, and depicted by Leonardo da Vinci in his Vitruvian Man. Charcoal was also a deliberate choice, for its capacity to metaphorically contain Sun’s energy inside the bowels of the Earth. The mark of charcoal also bears the life energy it has itself emerged from and which is stored inside it.

The act of turning off the lights on the front side of the building, returns the building of the Faculty of Humanities and Social Sciences in Zagreb to its original state, an arhitectural mantle, a shell that confines space. This creates a sculpture, giving it the meaning of a monument. At the same time, it deprives the institution that resides in the building of its power, subtracting its inner light. Sixty-eight seconds of darkness, whose primary goal is to symbolically mark the jubilee, becomes duration, a moment, an undefined time frame, commemoration with a minute of silence. Silence is interrupted by the usual sounds of the city, not allow the viewer full immersion into reflection. Space, time and meaning are merging in the point of singularity, creating Monumoment. The whole work resembles documenting an unusual shamanic ritual of cleansing, which allows the entity of the Faculty an induced state of necessary sleep, also it is a practice of achieving desired functioning state.

Born in Osijek, Croatia, in 1983. After finishing a School of Applied Art and Design, studied at the Academy of Fine Arts in Zagreb, graduating in 2006. In 2007 started to teach drawing and painting in Osijek’s Art and Design School, and enrolled in a postgraduate (master’s) program at the Academy of Fine Arts and Design in Ljubljana, Slovenia, which I completed in 2012.
Also in 2012, I recived the Radoslav Putar Prize—an award presented annually to the best Croatian artist below the age of 35. The Prize also granted me an ISCP residency in New York and the solo exhibition at the Institute for Contemporary Art in Zagreb.
Since 2014, I have been teaching drawing and painting as an assistant at the Academy of Arts in Osijek, and curating the Project of International Student Biennial—a joint platform for all students of art colleges and beyond.
I have had a number of solo and group shows and also participated in several residency programs