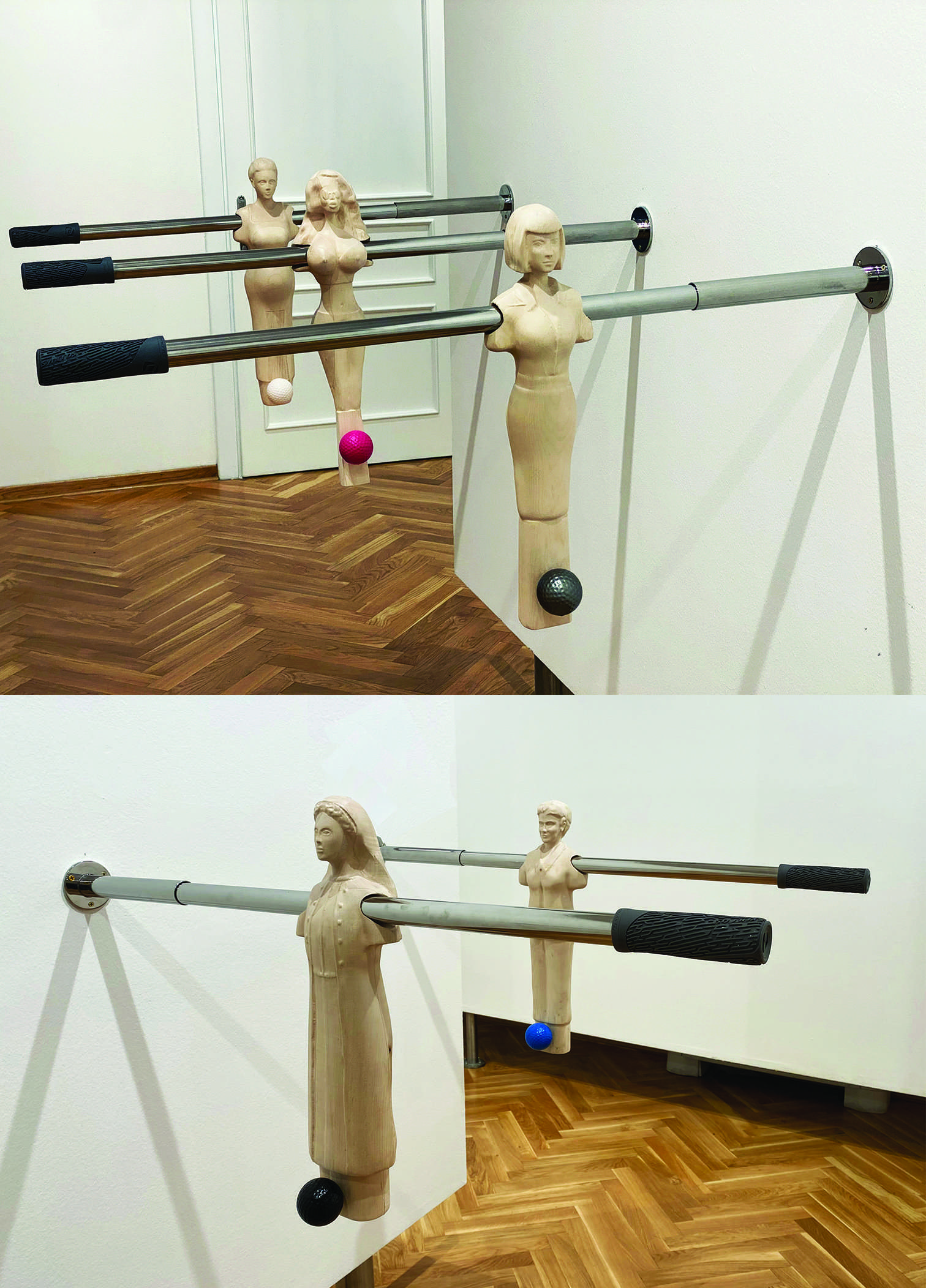 Five oversized sculptures, reminiscent of table football figures, constitute the subject of this work. Unlike popular expectations, however, these figures make a difference: they represent female rather than male players. Here they are appropriated with an intention to problematise the perpetually unresolved issue of gender inequality in Montenegro. The work is a commentary on traditional viewpoints and attitudes carved by centuries- long matrices of common thinking and social relations that have been predominantly formed by an omnipresent rule of patriarchy. Jerseys, worn by female players represents stereotypes according to which a woman is doomed to remain fixed to prescribed social roles and positions.
The game they take part in has not been fair from the very beginning.They play a male game, according to male rules, and one against the other. There is no visual or material reference of HIS presence during the game, but HE is the only one who scores points, Over and Over again. 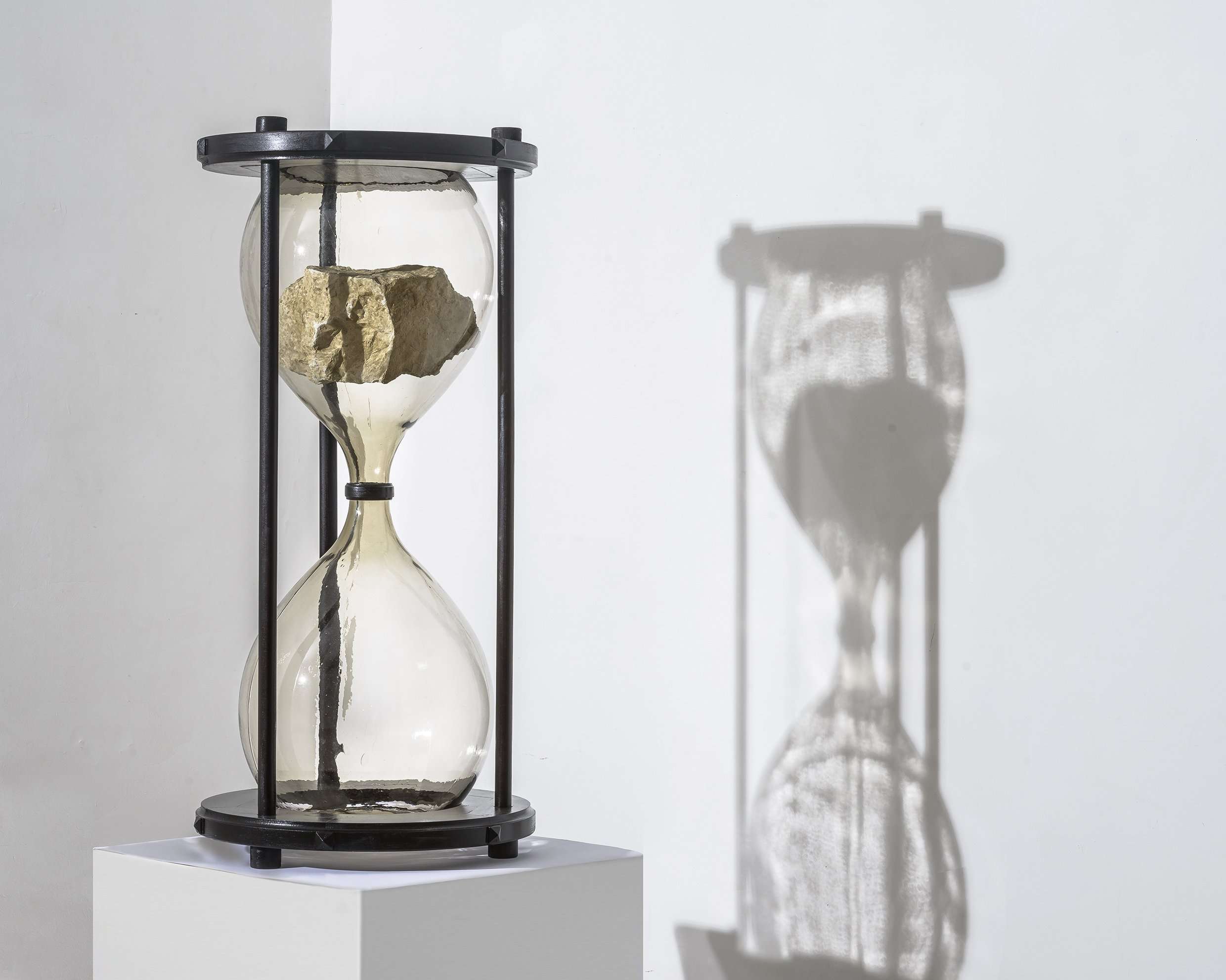 Everything Will Come To an End 2015

I’m appropriating well- known object hourglass that is personification of time passing and measuring of time to create a new situation.
The hourglass represents the present, as being between the past and the future, and this has made it an enduring symbol of time itself.
“The hourglass is often depicted as a symbol that human existence is fleeting, and that the "sands of time" will run out for every human life”. Instead of delicate sand or powdered marble as the granular mixture to measure time, my over- sized hourglass has big, very heavy stone that cannot pass through the small space between two connected glass bulbs.
Stone is stacked forever in that interval of time between past and future. Elegance and balance of the hourglass is disturbed by position of stone that can break glass. Normally, once the top bulb is empty, it can be inverted to begin timing again….but there is no time passing in this hourglass. This work refers to different topics. One is heavy and perplexing history 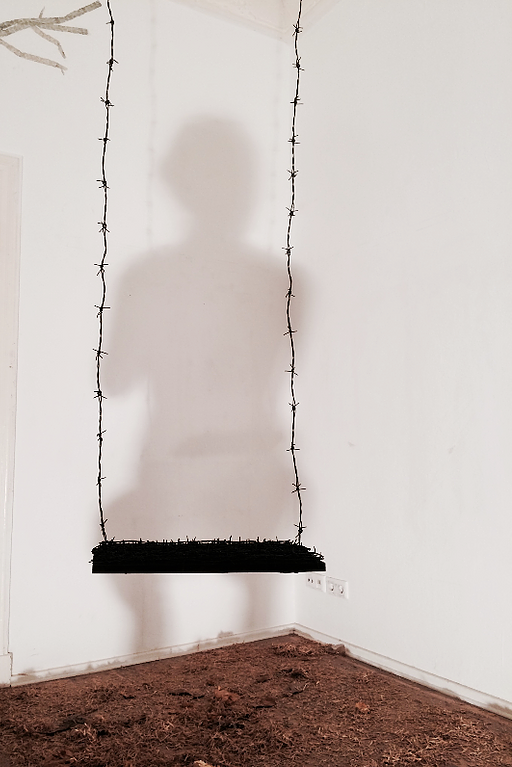 Swing and swinging in my installations, drawings and animations have many symbolic interpretations. Swing and swinging is often related to traditional culture (prosperity of individuals and community, marriage and health of those who are swinging, harvest of agriculture). Swinging has immediate identification with sexual- erotic spheres and coitus, but behind the pleasure there is always other side of the coin.
Work Don't be afraid invites spectator to take part in the game of life, which is at the same time joy of giving, taking, creation but also pain, aggression, danger. The viewer has opportunity to imagine his own content nearest to his perception and to give the meaning that is extremely personal.
Dangerous swing, made of barbed wire hurts, kills those who are swinging.
The question is: Is that a path that we have to take anyway?