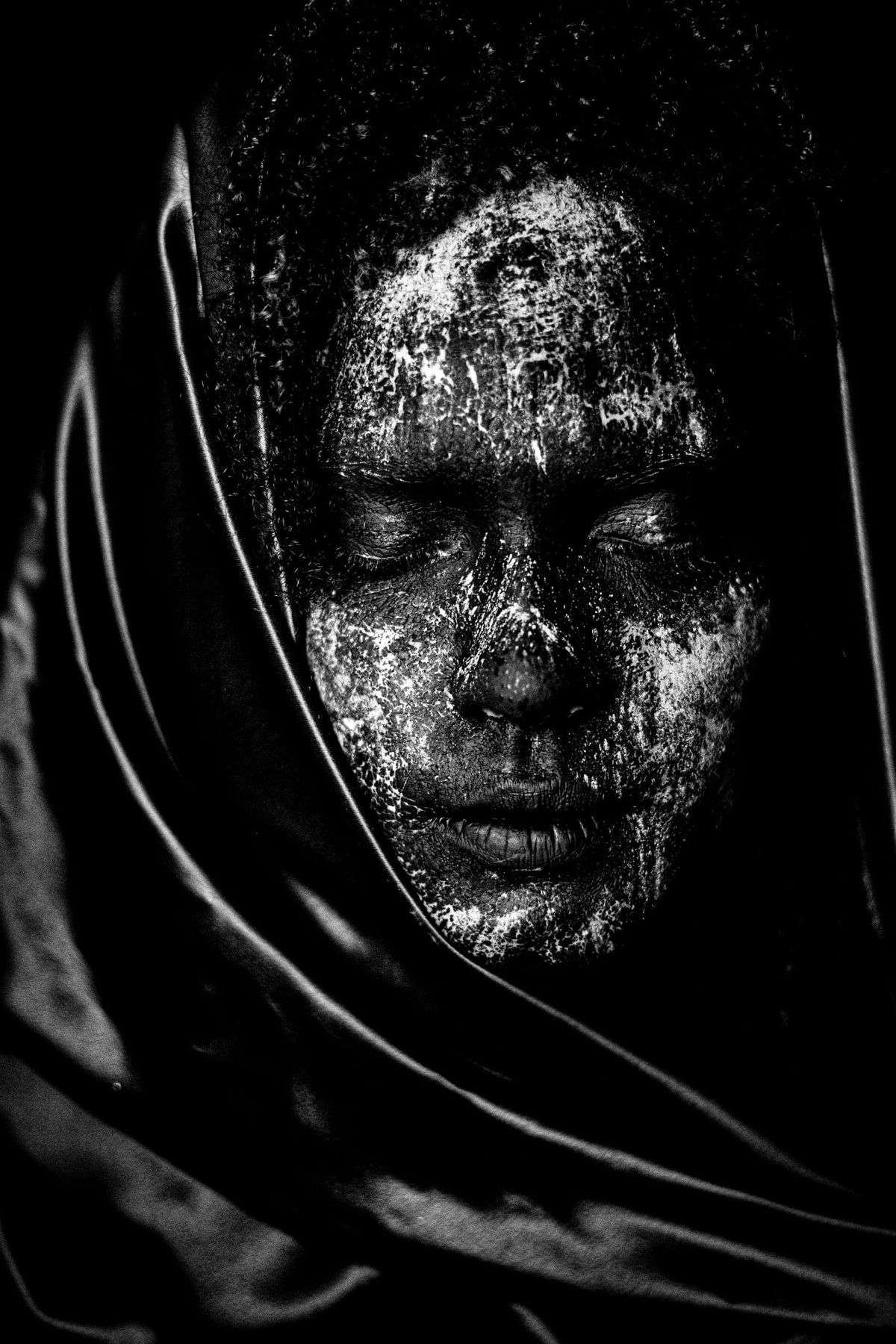 Planet earth in mourning due to the destruction of the earth’s biodiversity. The impact of the carbonization process on the wood of the trees, resulting from burning in the Amazon, droughts, and the desertification of the land caused by the practices of economic activities of exploitation by man. It is part of the Karbono series that contextualizes the damages arising from public policies and the capitalist economic model of incentive to consumption. We humans are small when viewed from space, we are grains of sand compared to celestial bodies present in the universe. However, we have an anthropocentric view. We perish and do not realize that there is much more than the earth. Everything existed long before and will continue to exist after humanity. 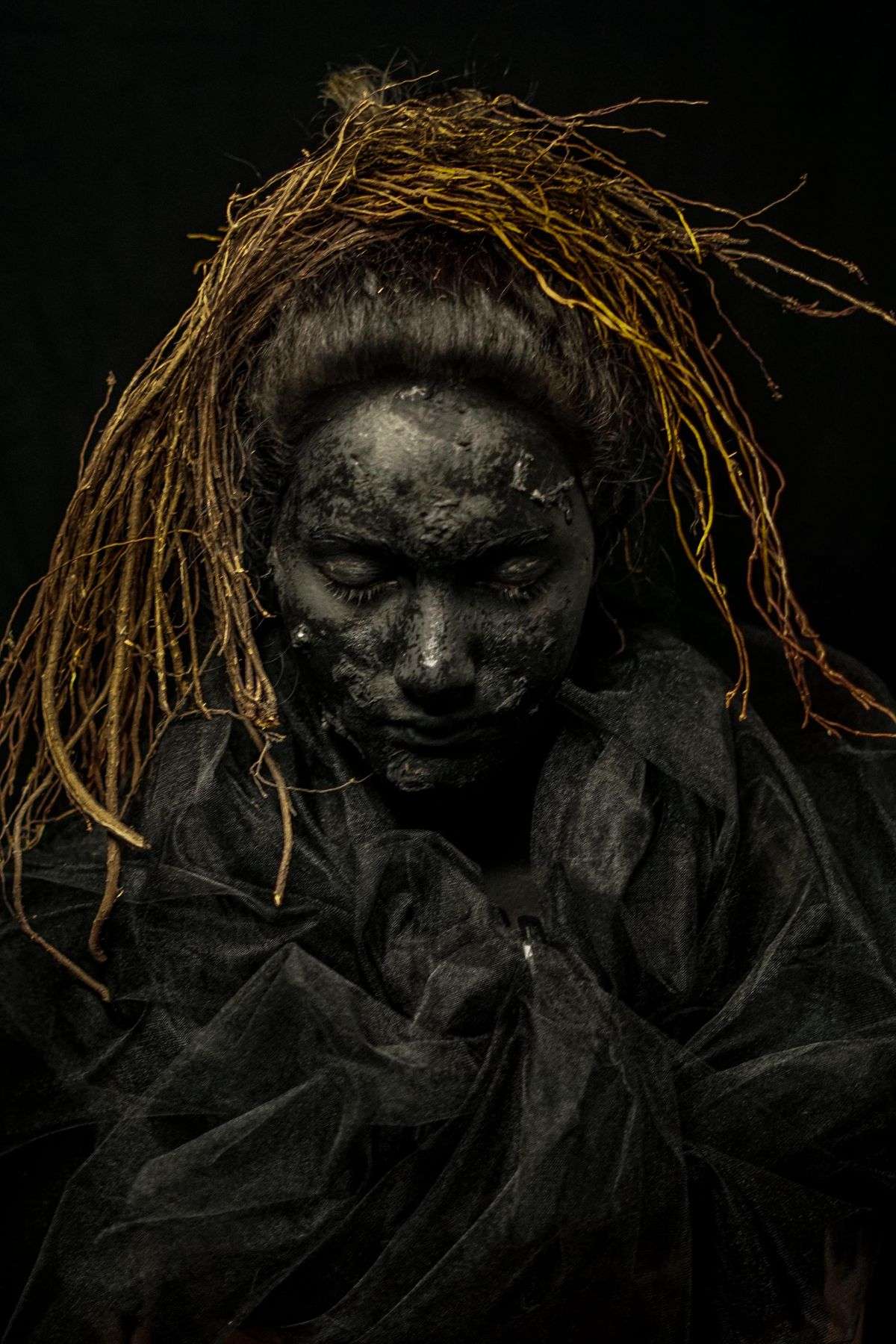 We are made of carbon, it is the fundamental engine for life, it is one of the most abundant elements in the universe, it is the basis for all life on earth, present in the bones of our body, DNA and proteins, it makes up our body mass.
The earth is a living organism, we need to review our practices and think about a sustainable economy, Karbono symbolizes the restart with its regenerative capacity, and importance for the survival of the soil. 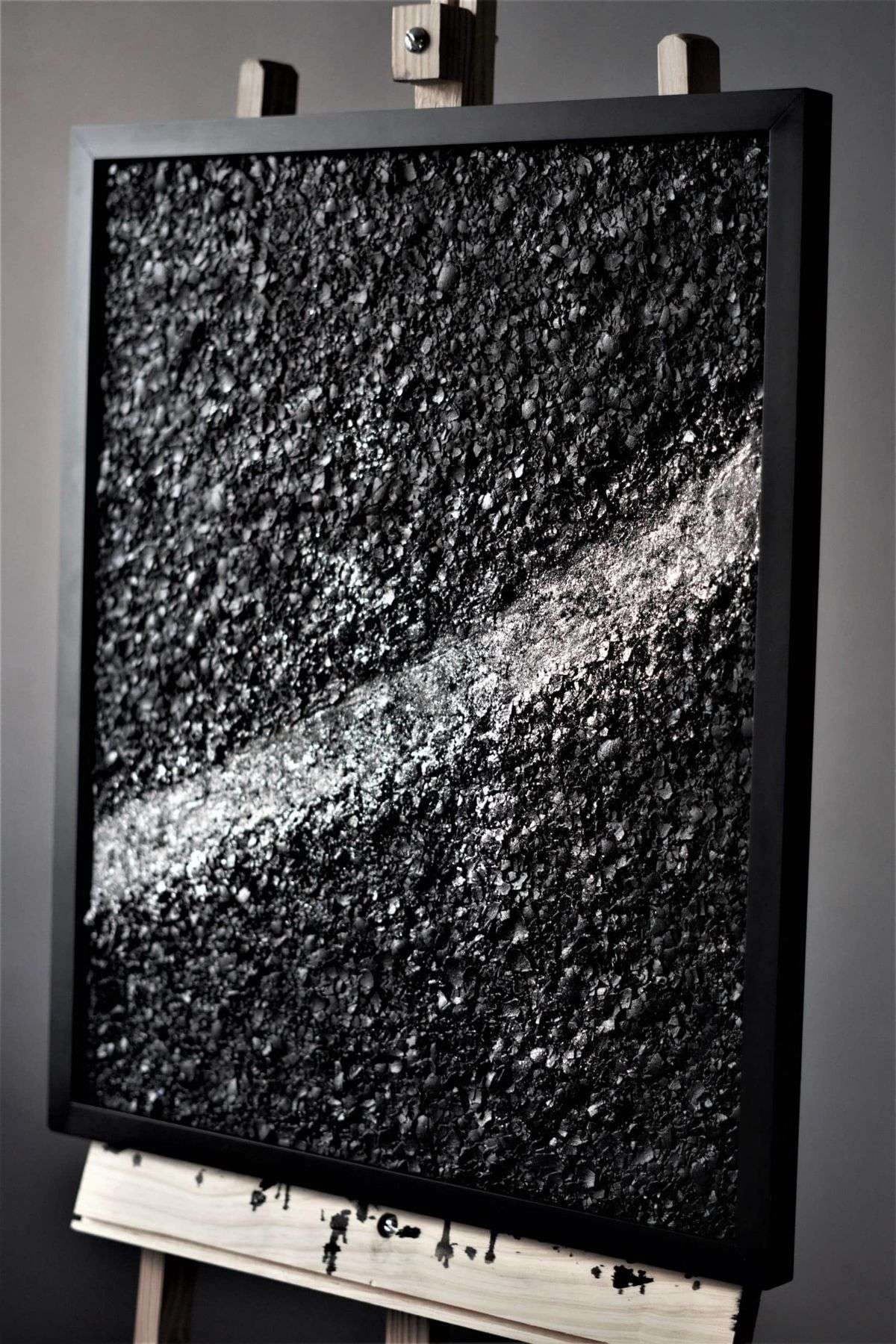 Although humanity is transitory in the universe, the role of those living today should be to evolve to allow a better world for their descendants, we should not be trapped in our own “universe”, but expand our thoughts in search of sustainable livelihoods, instead of devouring the land as if there was no tomorrow. The land is our home, the only one we can inhabit. Through the egg shells collected for six months, and the works Hamlet by William Shakespeare and cosmic egg by Salvador Dalí, I tried to reproduce the devastated soil with the egg shells, at the same time it refers to the awareness of itself, As it builds to symbolize the ego, the “I” is a shell. The rupture of the bark exposes the ailments, shocking self-destruction.

Mica Novaes, a self-taught Brazilian visual poet, develops her works with photography. started as a hobby, but after the second maternity in 2018, she faced art as a profession. Its processes and techniques, contemplates the “Chiaroscuro by Caravaggio” using the light from the window to tension his narrative of the Creatus project, about the governability of bodies, currently exhibited at the Pinacoteca UFPB online Art Gallery, in Paraíba. Finalist of the Luminious eye Gallery competition with the theme “Inwards” focusing on the pandemic with the project “Transpor” in Athens, Greece. His current research investigates the body and the repression with the project “Corpo Confesso”. In parallel, he develops the experiment of the “Karbono” series, as a fundamental engine of life, in a solo exhibition at Galeria Artoca in Recife where he lives. An independent researcher, her works are represented by the Brazilian Art Gallery Meia Sete.