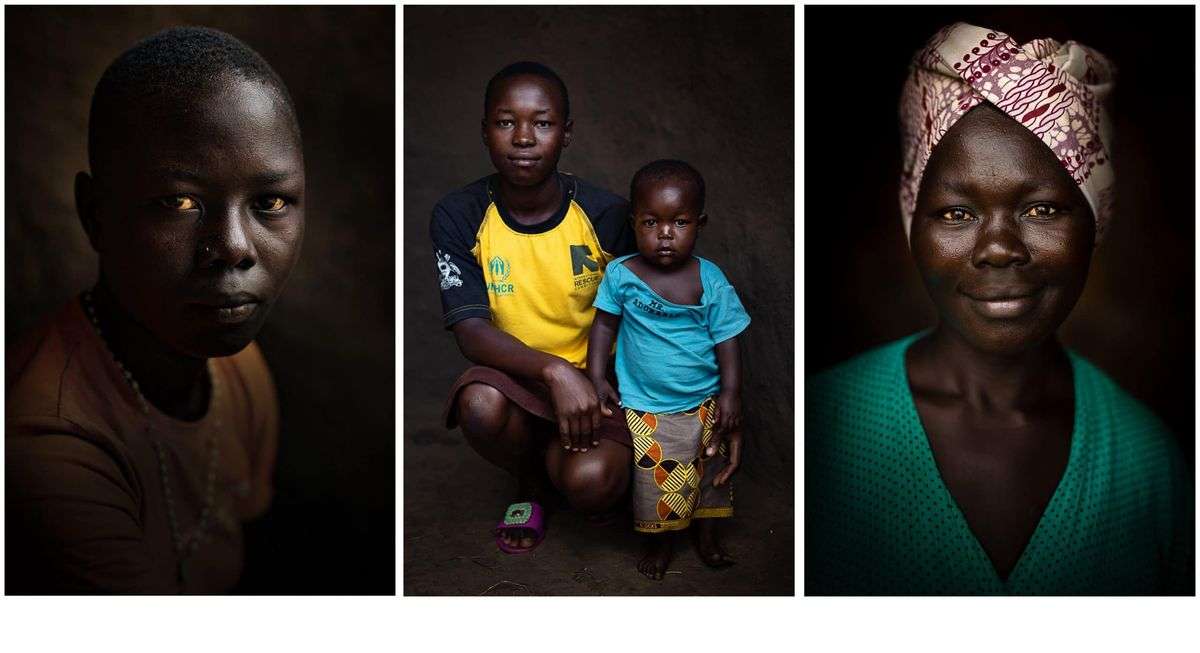 As part of my long-term documentary work examining different forms of human trafficking, this project focuses on child exploitation as a result of war. In conflict zones around the world, children are exploited as child soldiers, forced into domestic servitude, and even taken as sex slaves. In 2013, conflict broke out in South Sudan, leading to a complex and dangerous situation of armed conflict, economic decline, disease and hunger. Both sides of the conflict are responsible for abducting thousands of women and children to be used as weapons of war.

"Child Soldiers" is a portrait series of survivors who suffered prolonged and repeated trauma as a result of conflict displacement child trafficking. The women reflect on their experiences, the way they have been impacted, and the challenges of reintegration into society in the Imvepi Refugee Settlement in Northern Uganda. The project aims to advocate for increased access to psychosocial support for the survivors. 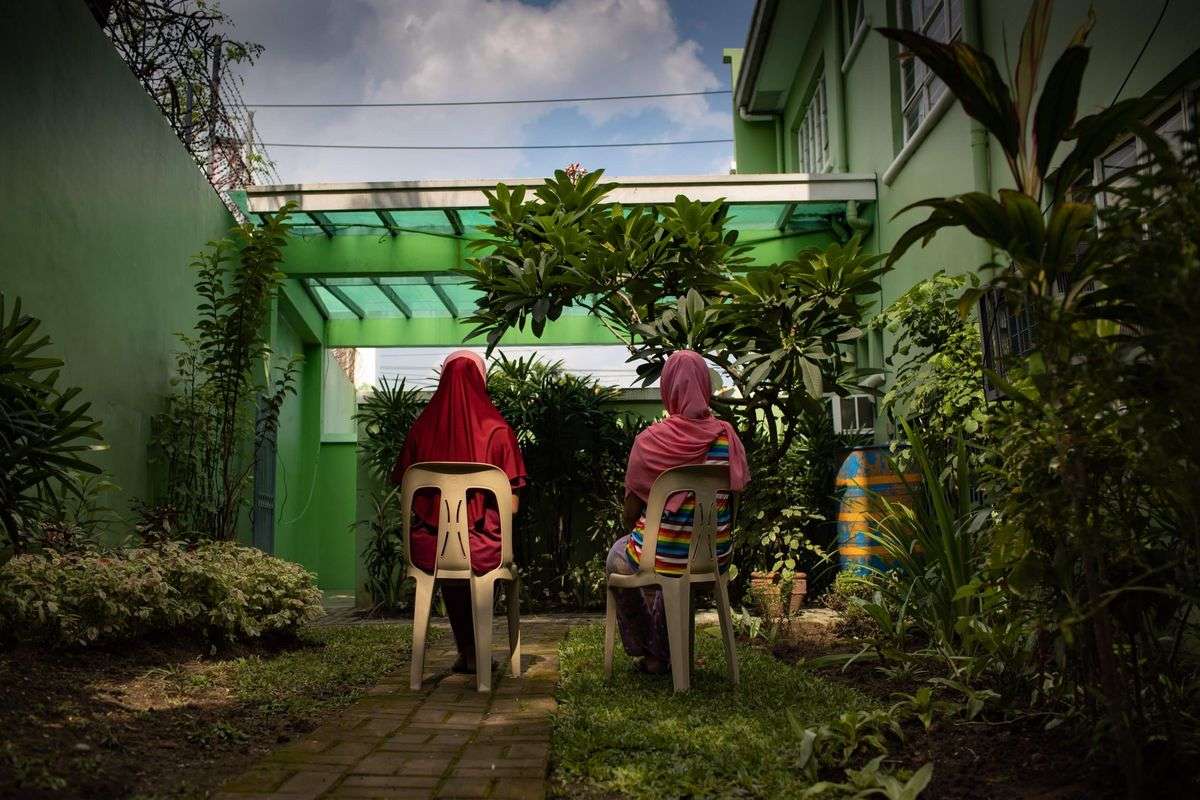 Children Living in Perpetual Invisibility in the Philipines 2019

In the Philippines, children are sold into domestic servitude and the cybersex trade by human traffickers. These traffickers deceive children into believing that they will have a better life. Many victims come from rural, mountain villages and are intrigued by the promise of a well-paid job. They believe they are leaving their impoverished lives for an opportunity to earn money, but instead, become entangled in a nightmare.

"Children Living in Perpetual Invisibility” sheds light on the plight of children who are sold into domestic servitude and the cybersex trade in the Philippines. The project aims to amplify the voices of human trafficking survivors on their journey to healing and recovery. The project demonstrates the daily life of rescued Filipino girls who live in a long-term shelter where they receive psychological care and learn life skills. 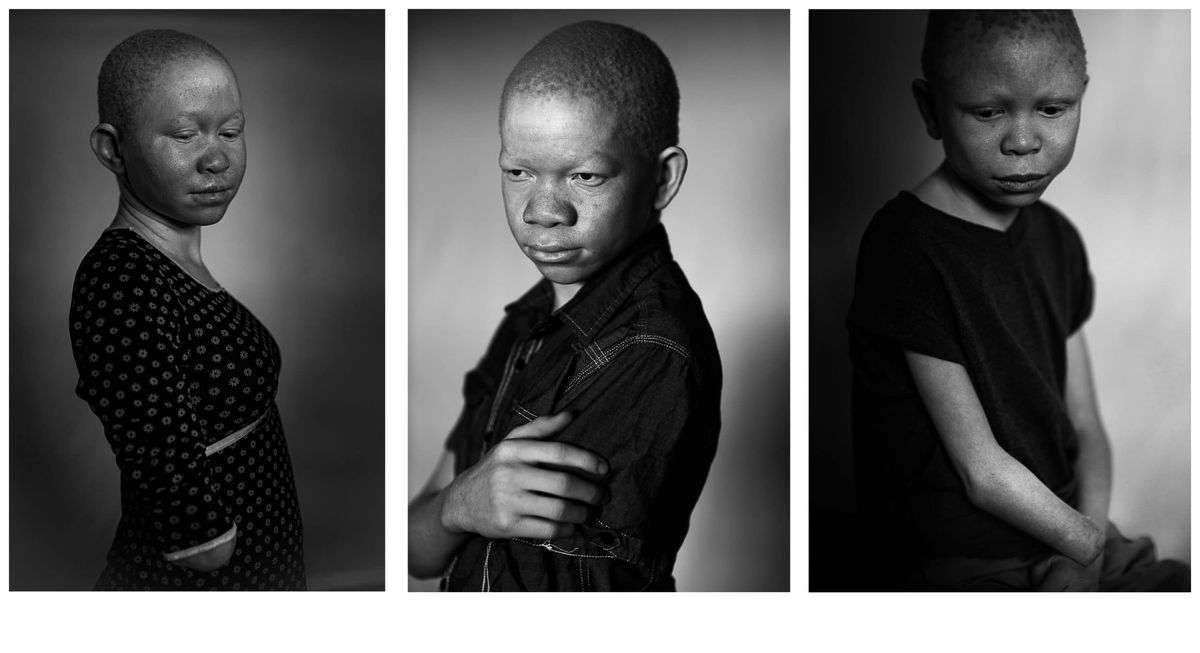 The Truth about Albinism in Tanzania 2019

In Tanzania, people with albinism are persecuted because of their lack of color. Here, witchdoctors promote a belief in superstitious properties of albino body parts. Children with albinism are murdered so their skin, hair, and appendages can be used to make charms and potions believed to bring wealth and power.

A wave of ritual killings and amputations of people with albinism spread across Tanzania in the late 2000s, the country’s government kick started efforts to ensure the physical safety of children with albinism. They established ‘temporary holding shelters’ to offer some degree of protection and placed children in walled settlements to protect and hide them.

"The Truth about Albinism in Tanzania" is a portrait series of child survivors who lived through violent superstition-attacks. They live in constant fear of attack, dismemberment, and death. By sharing experiences and increasing awareness this series aims to break these prejudicial boundaries.

Matilde Simas is a photographer and visual storyteller based in Boston. Her work primarily focusses on human rights. Matilde leverages the power of visual storytelling to inform, provoke discussions, and inspire action. She achieves this by public speaking and exhibiting her work in galleries and public spaces.

Matilde's efforts have led to collaborations with many community-based organizations including Freedom for All, Voice of the Free Philippines, ChildVoice Uganda and HAART Kenya. Her work has appeared in the U.S. State Department TIP Report, Kenyan Directory of Service Providers for Trafficking Persons, the Guardian and others. Matilde's photography has been showcased internationally and widely exhibited by various UN agencies. ​​​​​​ In 2017, Matilde founded Capture Humanity, an organization founded on bringing awareness to human rights issues.