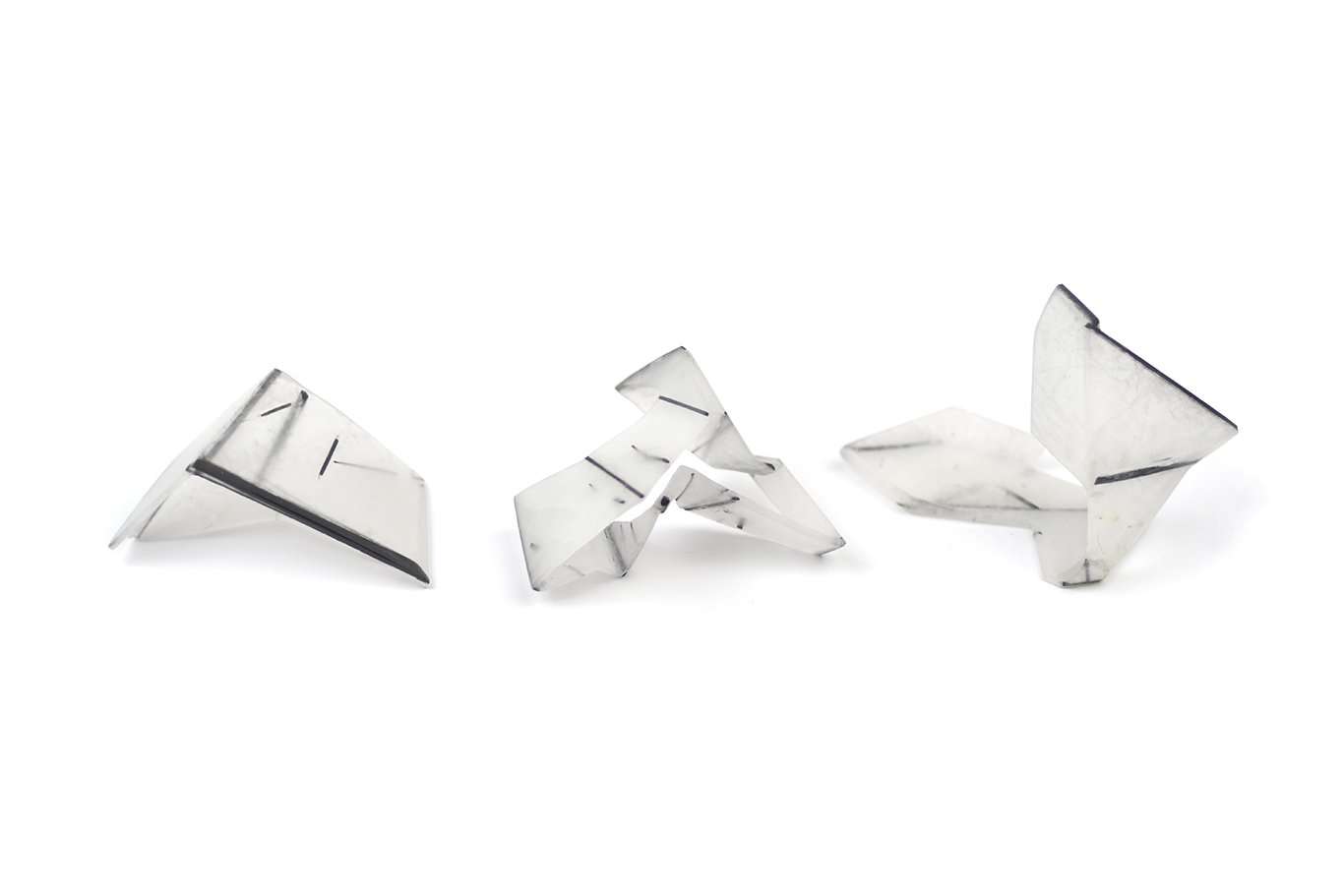 The Score represents for me the space where series of signs are taking place.
Score is a term mainly related to music writing, it's a group of structured signs on a surface, their specific positions reveal a new rhythm.
Human Signs are settle on a support, it's the same process that happens for hand writing or drawing, engraving and carving, leaving a trace, expressions of our intentions.

"In the inner night" is a wearable object connected to the body of the artist and at the same time to the body of the viewer. It's a art work composed by a cotton t-shirt dyed by the inner black powder hand carved from the shungite rough stone, settled as a brooch on the right side of the t-shirt.

With this artwork I was digging into a black soft stone, discovering it in a different level. Actually I've used the fine dust of a gemstone to dye the t-shirt, using it as a support of transportation.
A person can wear it and leave traces into the space, on different surfaces. The stiff gemstone becomes free to move around, from its inner core to the outside shell.
"In the inner night" represents a personal and private gesture that becomes visible to the others, it's a deep dream, sometimes so deep as a nightmare, an unknown instinct finally expressed.

Margherita Berselli was born in 1990 in Piacenza, Italy. Previously, she studied Sculpture ( Bachelor and Master graduations) at the Academy of Fine Arts of Brera in Milano. Whilst she was there, she developed her technical skills into stone and discovered her own interpretation of sculptural gestures. After an exchange semester in Idar-Oberstein in 2014, she decided to do an internship to learn more traditional techniques in carving and faceting gemstones from a workshop in Milano. She returned to Idar-Oberstein in 2017 to pursue a master’s degree in Gemstones and Jewellery and graduated in 2020. Currently she is working on her own artistic research, matching her sculptural research to her craft abilities.