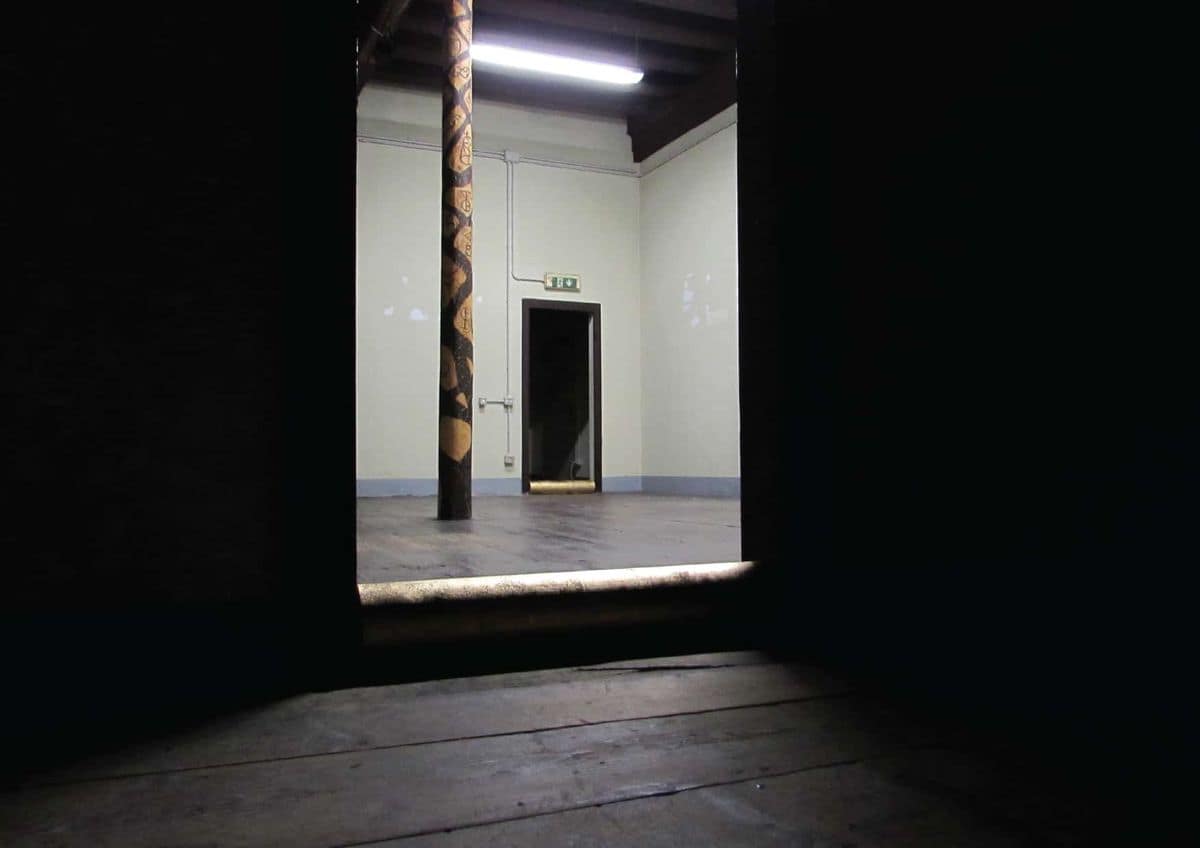 GOLD 24 K IS A TRIPTYQUE COVERED BY A 24 CARATS LAYER AND SPECIFICALLY THOUGHT FOR BACO, AN INCREDIBLE EXHIBITION SPACE PLACED AT THE CENTRE OF THE RICHEST AND MOST RELIGIOUS PART OF BERGAMO CITY.

THE ARTWORK IS COMPOSED BY THREE CYLINDERS OF FOAM AND IT WAS BORN AS AN INTIMATE EXPERIENCE TO EXPRESS THE PRECIOUS IDEA OF CONSCIOUSNESS.

GOLD 24 KT WAS REALISED IN COLLABORATION WITH THE ITALIAN ARTISAN LINO REDUZZI.

THE BEAUTIES, HAND COLOURED FABRICS ON LASER CUT FOAM CYLIN DERS, 80X30 CM, 210X50 CM, 2017 THE BEAUTIES IS A KIND OF BILATERAL WORK. AS A SERIES OF ART OBJECTS IT IS AUTONOMOUS, BEAUTIFUL IN ITS FORMAL SIMPLICITY AND WELL FIXED IN ITS MATERICAL ARMONY: AN ABSTRACT SIGN LIVING THE SPACE AND BUILDING REAL DISTANCE BETWEEN ITSELF AND THE EYE OF THE OBSERVER.

IN THE MEANTIME IT BECOMES PRODUCER OF TIME DURATION:

ITS COMPLETENESS OVERCOMES PASSIVITY INSPIRING REACTION, BEHAVIOUR, MANIPULATION AND REFLECTION. THE PUBLIC HAS THE CHANCE TO PHYSICALLY APPROACH THE WORK.

My name is Letizia Scarpello and I am a visual artist. I was born in Pescara but i moved to Milan at the age of eighteen. I attended the Brera Academy of Fine Arts where in 2015 I got a MA degree in Costume Design for Theatre and Cinema. Before I studied Fashion Design in London for three years where I got a BA degree in 2012. I have always been fascinated by human body in its poetic power related to movement in space.
The relationship between man and space, man himself as space the grandeur of his body and emotions in the forms of forces and opposing weights found the heart of my research. I studied classical and contemporary dance from 5 to 19 years old together with yoga practice.

At the moment I am working on the development of my personal language of expression in art.