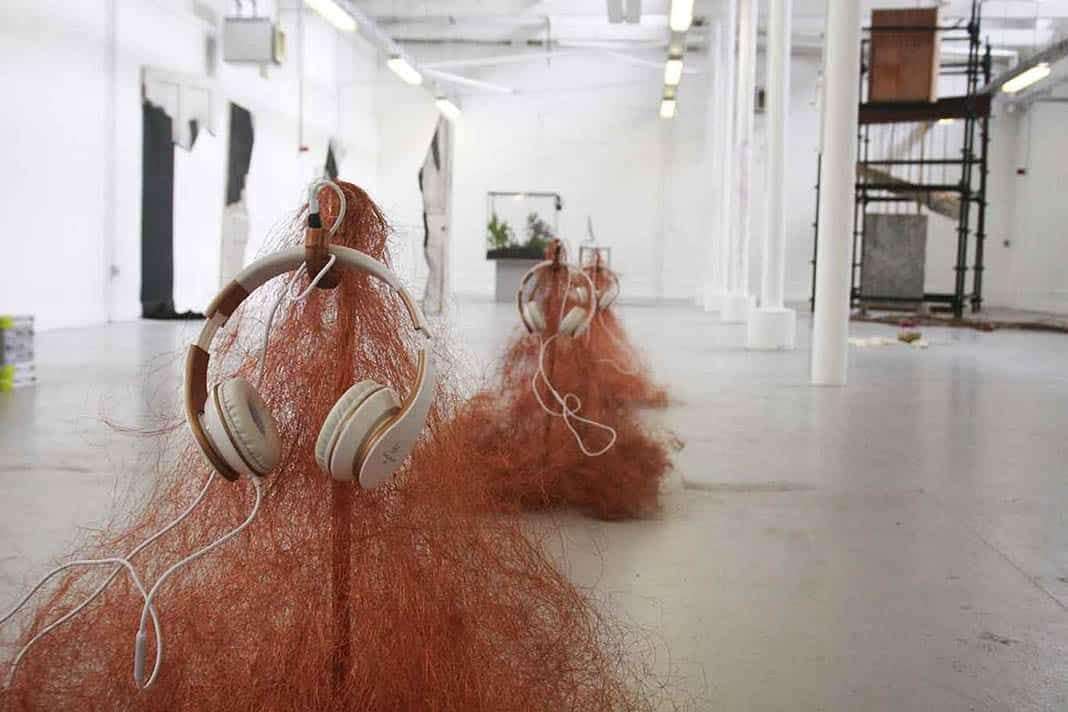 A soundwalk mapping locations, marking the route from Giza to Tahrir Square, travelled by Egyptian men and women on foot daily after the rise of the revolution in 2011. These locations are mapped from conversations had with men and women, living in Cairo, speaking about life during the Egyptian Revolution. They explained their experience of the revolution, their memories of getting to work during the time and seeing thousands of men and women walking this route every Friday after the prayer call to make their voice heard by the government. The audio is taken of street noises found commonly in locations spoken about by Egyptian men and women seven years after the revolution. We live in a world heavily revolving around instant, easily accessible information through the use of the Internet and social media. With so much information at our fingertips we become censored to the information we see, rarely questioning what happens to these places after they disappear from international headlines. This audio piece shows how the city has changed and developed since it highlighted the news during the Arab Spring before Cairo disappeared from media altogether. This work stems from audio recordings, which were collected in numerous locations, on recent travels. These recordings expose the background noises of two of the wealthiest cities in Europe (Hamburg, Germany and Madrid, Spain) and cities in the developing country of Morocco (Essaouira and Marrakech). Through the form of soundscapes, they unmask the similarities and vast differences of public background noise across different continents. This installation is composed of four sound pieces presented using headphones tangled amongst copper wire. Every metre of copper wire represents a kilometre from Limerick city, the location the piece was exhibited in, to the city soundscape playing when listening through the headphones. These soundscapes question the representation and value imagery has on our understanding of societies. Hidden within the array of noise are insights into cultural difference. Socioeconomic and religious factors can be detected. The effects of industrial noise and each society’s adaptation begin to become apparent. Through listening to the soundscapes, familiar to someone thousands of kilometres away, an experience is created that cannot be captured or reproduced by photography.

A soundscape, displayed within the piece 11,993.4 Km, highlighting public background noise heard in the city of Marrakech, Morocco. This sound piece has most recently been exhibited as an individual audio piece in Belfast at the Sonic Arts Research Centre. This soundscape captures and documents the social economic and cultural aspects found within the city. It highlights the effects industrial noise has in the city while also demonstrating the cities adaptations to these effects.

Lauren Bickerdike is a Limerick based digital artist from Laois, Ireland. Her practise explores daily life in urban societies through the mechanism of sound. Her work stems from audio recordings, which are collected in numerous locations, throughout travels in Europe and Africa. Lauren has finished a four year course in Limerick School of Art and Design focusing on Sculpture and Combined Media where she received a BA honors degree in Fine Art. She has recently exhibited in Catalyst Audio Tracks, Sonic Arts Research Centre, Belfast, Chapel House Limerick, in LSAD collaborating with LIT Music Technology and in the Irish Museum of Modern Art.