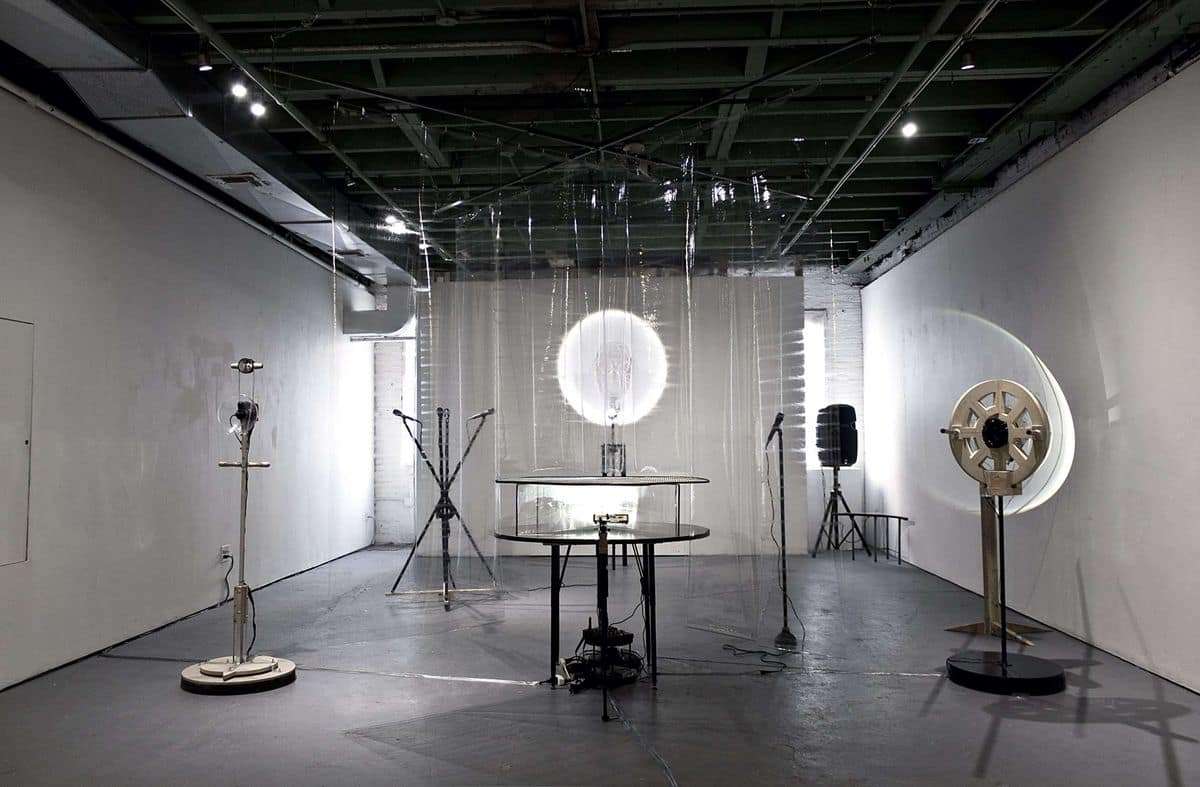 ‘Nothing Personal’ focuses on how we communicate and highlights the areas in which nuance is blurred and intention breaks down. I choose ‘voice’ as a material because I consider it is the most fundamental method of communication. It requires a certain physical boundary, facial and bodily expression, a role of listener and speaker, and intonation. Along with etiquette, we all have a different type of constructing our appearance to gain respect, recognition, and value. I am focusing on the game that we daily play through interactions with others and the power dynamics embedded in those communications. ‘Nothing Personal’ is an environment that every component influences its surroundings, while interacting with one another. The work achieves a ripple effect as the sound vibrations are materialized by way of a bobble head and through the use of a seesaw microphone, a long range listening device, a security camera and a windmill.

-ish’ is largely used for three purposes:
to form adjectives and nouns that say what country or area a person, thing, or language comes from,
to form adjectives that say what a person, thing, or action is like,
to form adjectives to give the meaning to some degree; fairly. ( Cambridge dictionary )
With regard to the third purpose, ’-ish’ is mainly used as an expression to describe something close enough but decisively different and often negative. (ex: childish / childlike, adultish / adult-like). ‘-ish’ can be both ‘almost’ and ‘barely,’ which is contradictory in itself. Because of this quality, ‘-ish’ can be used in many circumstances and softly evades specificity. I am focusing on this word in order to visualize almost but barely delivered thoughts.
(w)ish is a part of the project ‘ish’, an automatic endless coin toss spiral wishing well and other works will be designed around this work sharing the idea of randomness and unpredictability through the repetitive environment.

‘To Be a Proper Being’ is a process oriented work. Liquid rubber was dripped on to the structure. It is a self-destructing system; in it, I am an outsider but also part of it with my participation, which is limited by the accessibility and the laws of physics. The movement of drips flew down to the fabric strings, gradually building entangled forms and drawings. The rubber drawing, underneath the structure, is a result from the dripping process which resembles the original map of my iris scan.

Kyung-jin Kim was born in Seoul, South Korea. He finished his BFA at Hong-ik University(South Korea). He pursued his MFA program at the School of Art Institute of Chicago(2016). Kyung-jin Kim utilizes diverse media to approach the substance of liminality inherent to dislocation, translation and adjustment. Through sculpture and models, video projections, and interactive sound installations, Kim inducts a sense of what cannot be known through palpable lapse and void.