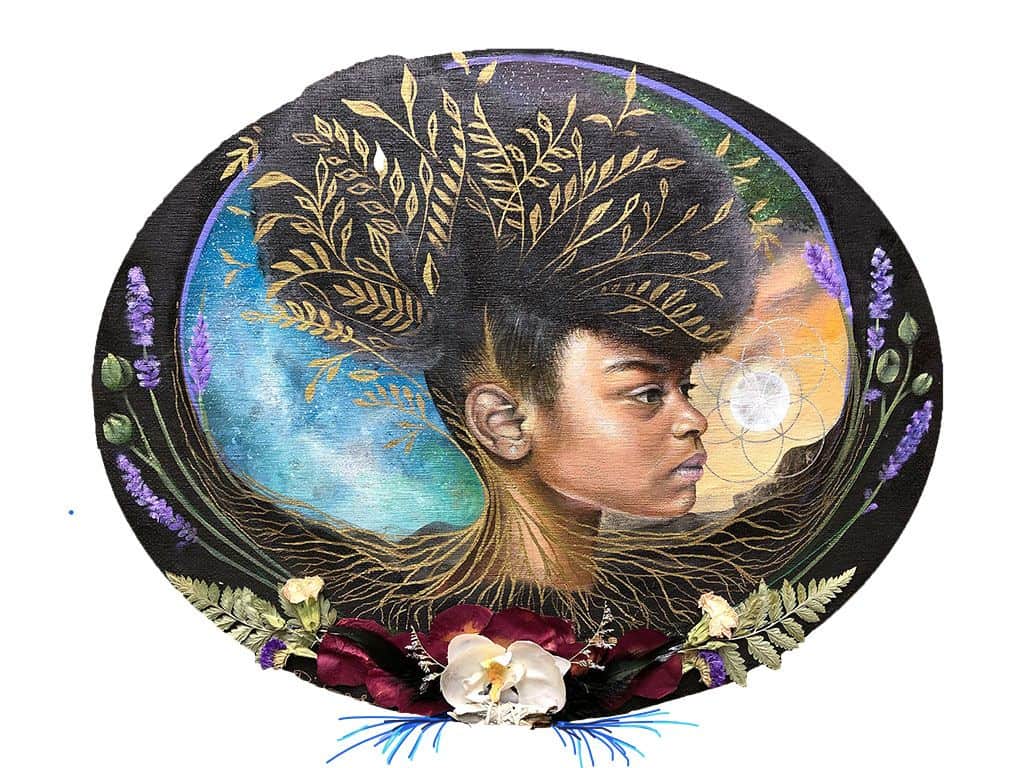 Mixed media on wood. Exhibited for the “Mujeres en El Poder” show at El Barrio Artspace, August 2019. Curated by Javier David Flores in conjunction with the National Assembly of Ecuador with support from the New York City Council. This piece reflects on the cyclical nature of the universe, of the passing of knowledge through generations, and the growth that is created and nurtured by death. “…the rhythm of creation and destruction is not only manifest in the turn of the seasons and in the birth and death of living creatures, but is also the very essence of inorganic matter”. -FritjofCapra

My mural for Lima Warmi Walls 2020, painted on the boardwalk of the Magdalena del Mar neighborhood of Lima, Peru. This mural Illustrates the innate connection between the female spirit and the natural world. 7m x 3m 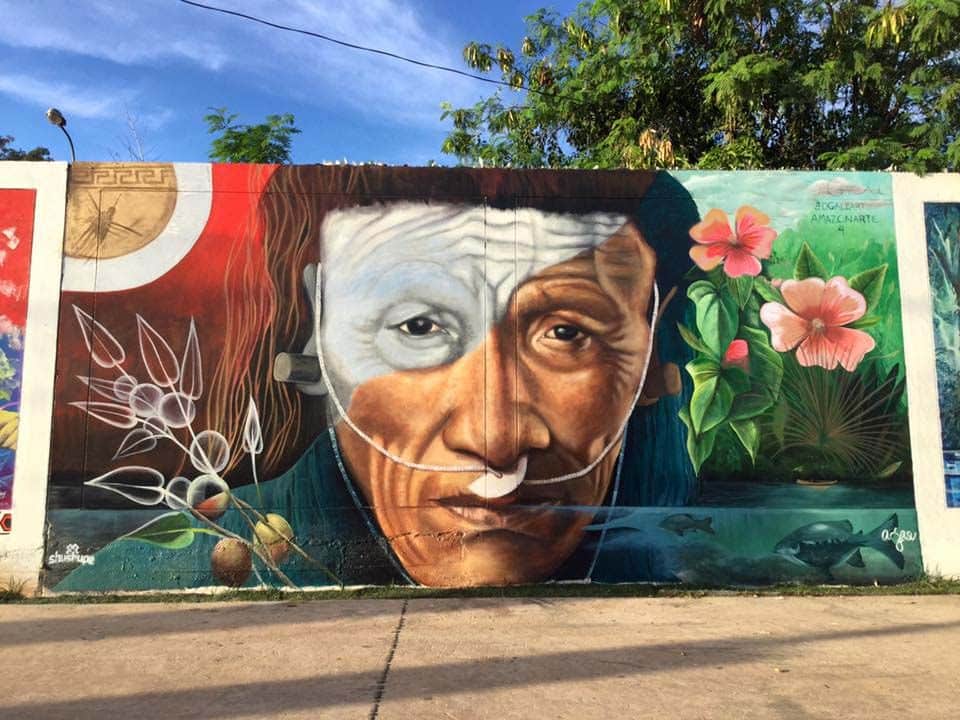 Painted for the fourth edition of Amazonarte Mural Festival, this mural is dedicated to the Nahua community of Ucayali. After forced contact with westerners in the 1950s, the Nahua lost half of its population to disease. Today, the Nahua and the ecosystem they depend on are in serious risk due to expanding mining, logging, gas and oil extraction projects in their territories. This mural examines the values we place on black gold, red gold, precious metals, and natural gas at the cost of human life, health, clean water, and biodiversity.

Kristy McCarthy is a self-taught painter, teaching artist, and cultural organizer currently based in New York City. Painting under the moniker “D.Gale”, she utilizes art as a powerful tool to build community, raise awareness about social and environmental justice issues, and question the ways in which we interact with each other and with our environments.
Her personal painting practice draws on her interests in anthropology, herbology, and cosmology, exploring the human condition and drawing parallels between living beings. She often employs symbolism and visual metaphors to illustrate universal phenomenons such as love, fear, and grief, highlighting the threads that connect us all while questioning the systems of oppression that divide and us.
In New York City, Kristy has painted murals for various public art forums, and internationally she has participated in community driven art initiatives all over Latin America.