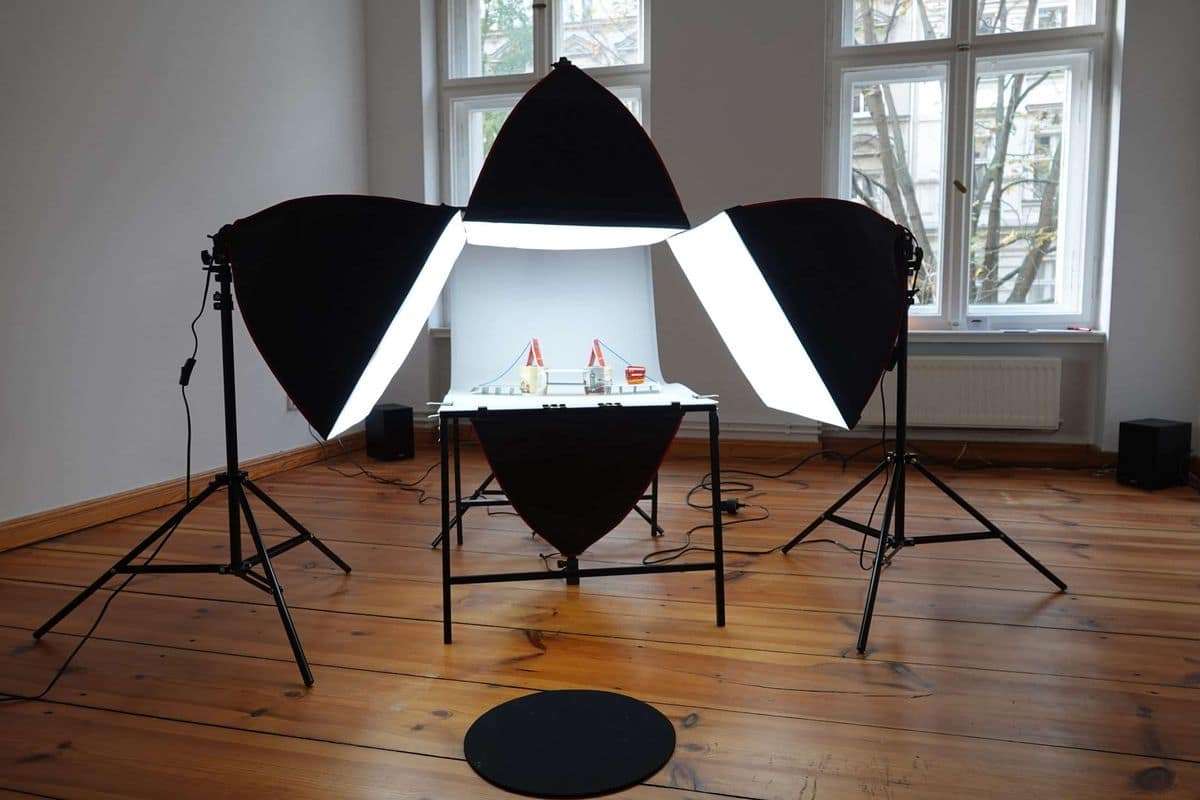 I was interested in creating a London Tower Bridge mini sculpture with my ongoing project Bridges. Also, I was curious about setting up a production room to see and test how this would work in contact with visitors.

Via hi-fi two audio tracks are playing. “Conversation on a Swedish Bridge” (4:52 min.) And “Golden Gate Bridge Facts Found on the Internet” (3:56 min.)

I work with bridges in my work as an ongoing theme. To me, the bridge stands as a metaphor symbolizing connection, movement, and transition. With my bridges, I want to make connections. 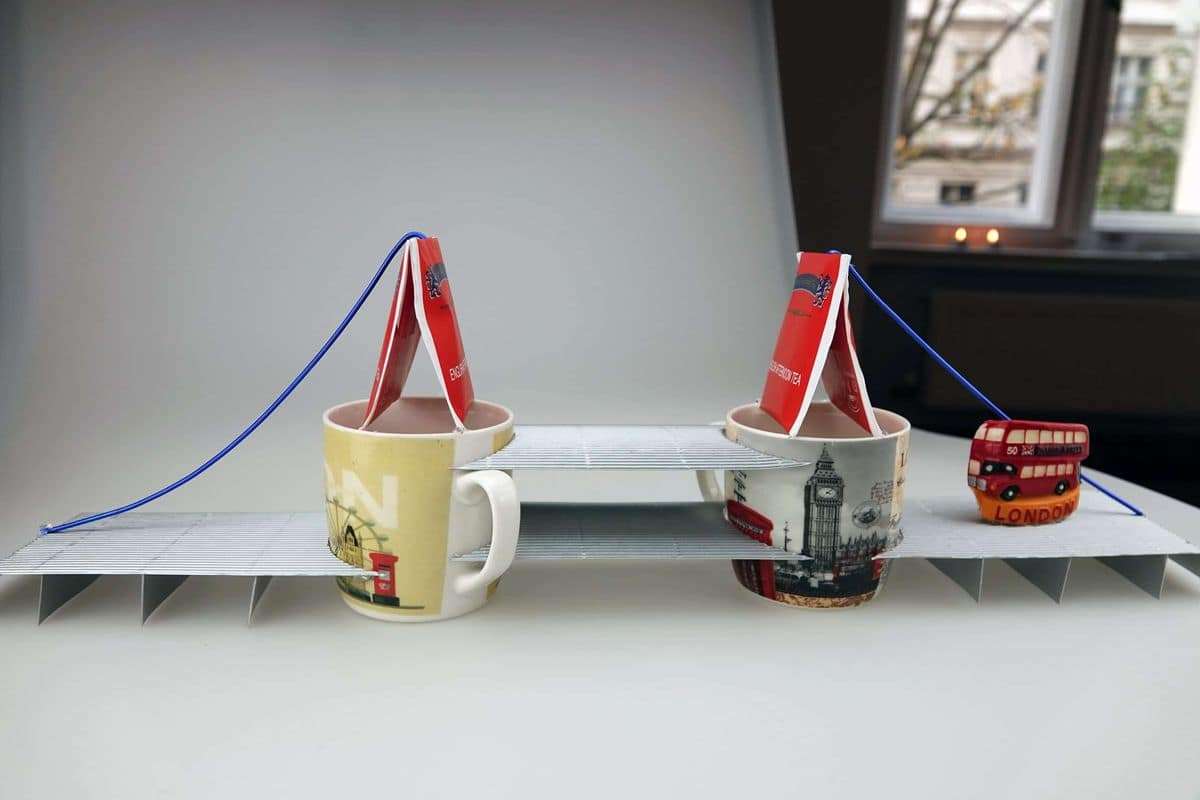 This artwork was developed and shown for the, by me organized, group-exhibition “Contemporary Connections” at Falk30 – Temporary Project Space, in Berlin (Germany). On 26 and 27 October 2019. 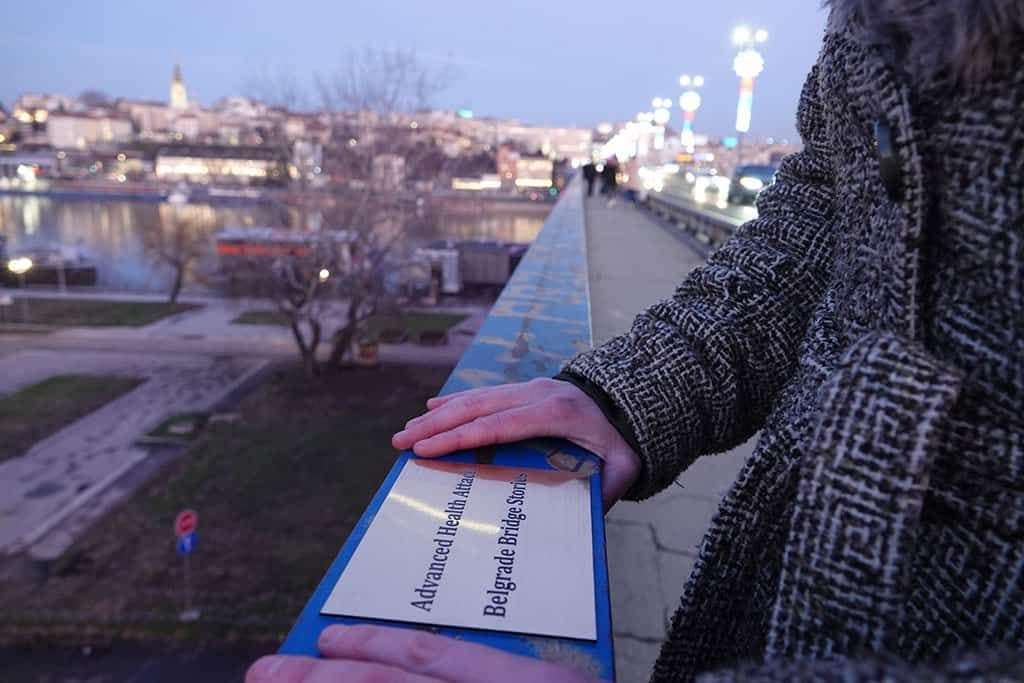 During the 1-month Artist Residency at Arkabarka in Belgrade, I have asked people from Belgrade with whom I interacted with, about their dominant memory when they think of a bridge.

Although the talks happened casual, because of the topic of the bridge it gave room to go more deeply or move into a particular area of interest. I didn’t intend to steer or manipulate the talks.

Belgrade Bridge Stories can be taken in as a sort of introduction to a minor part of some of the history of Belgrade. Which could give room for further personal exploration and deeper investment.

This artwork was developed and shown during the 1-month Artist in Residence at Arkabarka, Belgrade (Serbia).
From 1-29 February 2020.

Kim Engelen is an international artist, art teacher, and former TEDx speaker. She has lived and worked as a contemporary artist in 6 countries. Engelen is passionate about creating contemporary art and follow this passion already for 20 years. Her art has been shown in 25 countries, magazines and on television.

She received her Master of Fine Arts in Critical and Pedagogical Studies at Lund University in Sweden (2013). And her Bachelor in Painting and other media at AKV in the Netherlands (1999).

She published amongst others: 6 Private Mini Exhibitions (2020), Advanced Health Attack – Belgrade Bridge Stories (2020), The New Score – Collective Creation for Visual Artists (2019), The Little Bridge (2018). Empathetic Walking Panel (2018).
In 2020, she participated in the Podcast Series: Art Uncovered, New York (USA). She was on stage at TEDx (China). And was interviewed by Contemporary Art Review and Shanghai Daily (2019).