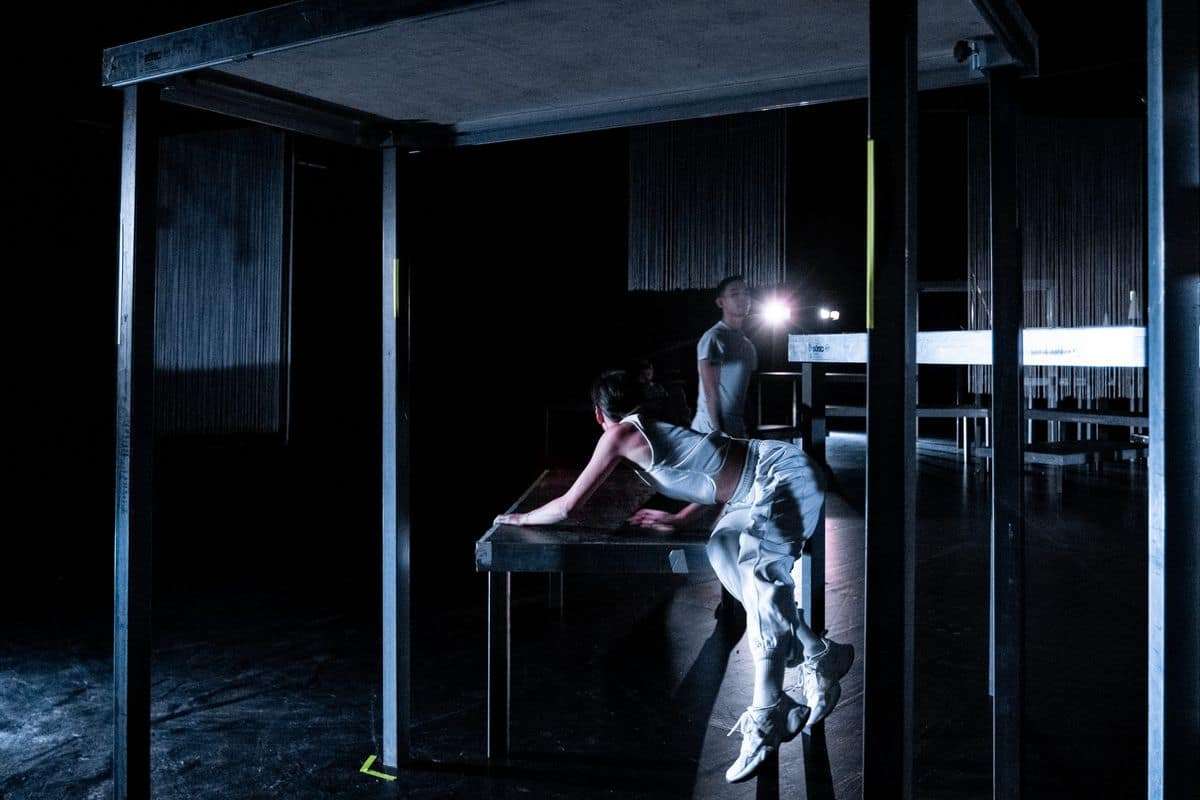 My work is a challenging act, to investigate into spatial and social behaviour pattern which come from its cultural background, expertise and experience, to question about verbal and non-verbal communication.

4 weeks of residency programme by the Frankfurt LAB, allowed me to work with collaborators, and discover our main interest, which was the concept of ‚in-between‘ spaces. Knowledge that hasn’t been accumulated yet, language barriers, uncharted territory, the inability to explain or express oneself in words or actions, the notion of emptiness as both physical and emotional states, things we don’t quite understand, if at all, why we do certain things and the unknown and unfathomable in general.

How does one specify the unspecific, clarify the unclear, create invisible forms, find order in chaos…

Making a performance and continuing a research; are my meta communication. As well, a reconstruction and contextualisation of my personal journey as Japanese artist who worked and live in 6 different counties in Europe past 17 years.

“Have I ever spoken properly?”

– is my personal and essential question that has become my motivation of the researches and creations. As asian woman, as non-native speaker, as dancer, there is many deferent way to express myself, however, it often becomes abstract. It needs great effort to convey what you mean exactly in the communication, however, there is a way to sympathise with the others through cultural background and shared vision.

My work is a challenging act, to investigate into spatial and social behaviour pattern which come from its cultural background, expertise and experience, to question about verbal and non-verbal communication.

p.s. You are allowed to be where you are

P.S. is an experimental study piece. Based on the definition on personal space which was proposed by American anthropologist Edward T. Hall. He describes that the personal space can categorise into four different zones.
I tried to apply those four zones into actual theatre space.

*1984 – born in Tokyo, Japan, is a performing artist, choreographer, visual artist and spatial designer. Relocated to Europe in 2002 after her primary dance and art education in Tokyo, and studied in France (2002-2004) and has received a B.A. in art, at the Codarts in Rotterdam 2006. She has had engagements with the Aterballetto in Italy (2005-2009), as soloist with the Hessisches Staatstheater Wiesbaden in Germany (2009-2013), and the Ballet Basel as a soloist (2013-2016) where she has presented her own works in the aforementioned theatres and companies, e.g. “glitch” (2012), “Room 49” (2013), “P.S.” (2015), and independent venues, “exchange” (2015) and “phóné phainó phoney” (2015), co-choreographed with Jeremy Nedd. In 2016, has become a freelance to investigate into the theme of her conceptual work FIGURATIVE, to question the physical proximity and linguistic barrier, and create in the frame of residency programmes and presentations, by Goethe-Institut, Frankfurt LAB, and more…