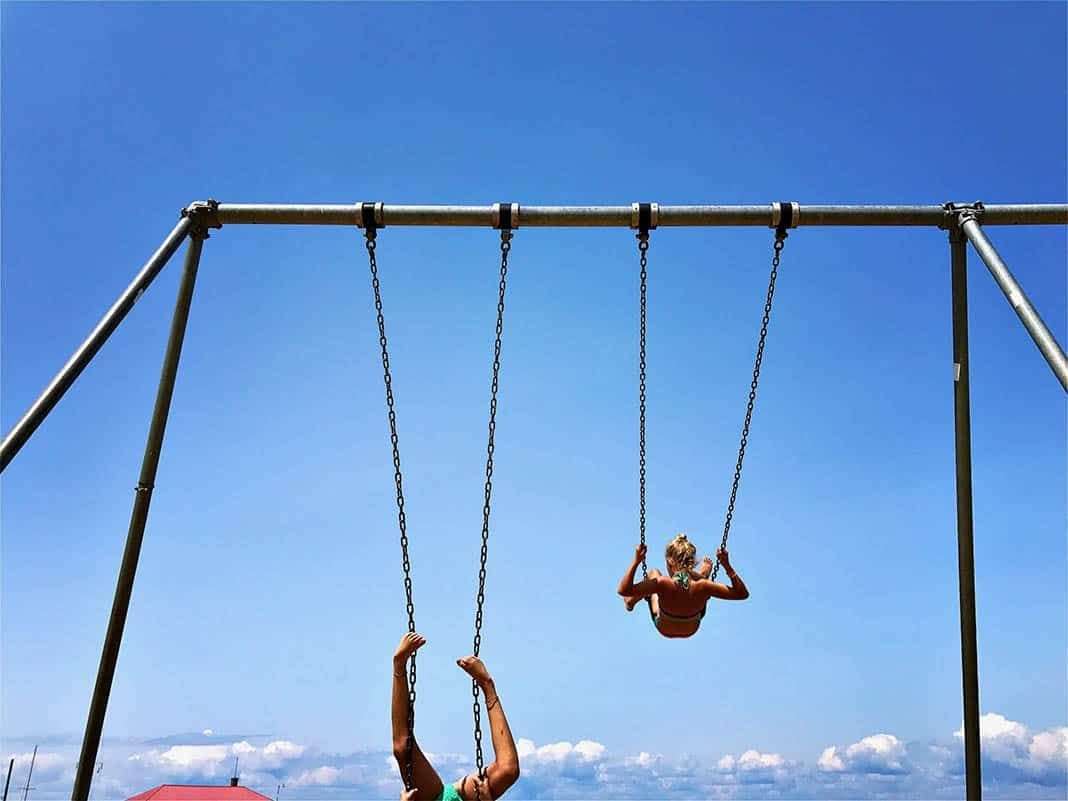 A girl looks out at her sister in a field. Prince Edward County, Canada, 2018. Two girls swinging on a beach on Manitoulin Island, Canada, 2017.

Julia Nathanson’s love affair with photography began at the age of ten, when she “borrowed” her mom’s classic Pentax Spotmatic. In 2011 she got hip to this whole digital age thing, and so began her foray into mobile photography. No one is safe from her lens; she captures everyday subjects and transforms them into surreal visions. She has since been published in Hipstography, The App Whisperer, and National Geographic, and won a multitude of awards, including the Mobile Photo Grand Prize at PhotoIndependent in 2016. In 2017, she was given a special award by acclaimed photographer Ben Watts for her series "In the Lane." In between obsessing about the right “lens,” she manages to feed and clothe her two girls (who also happen to be unpaid models.) Julia lives and works in Toronto.