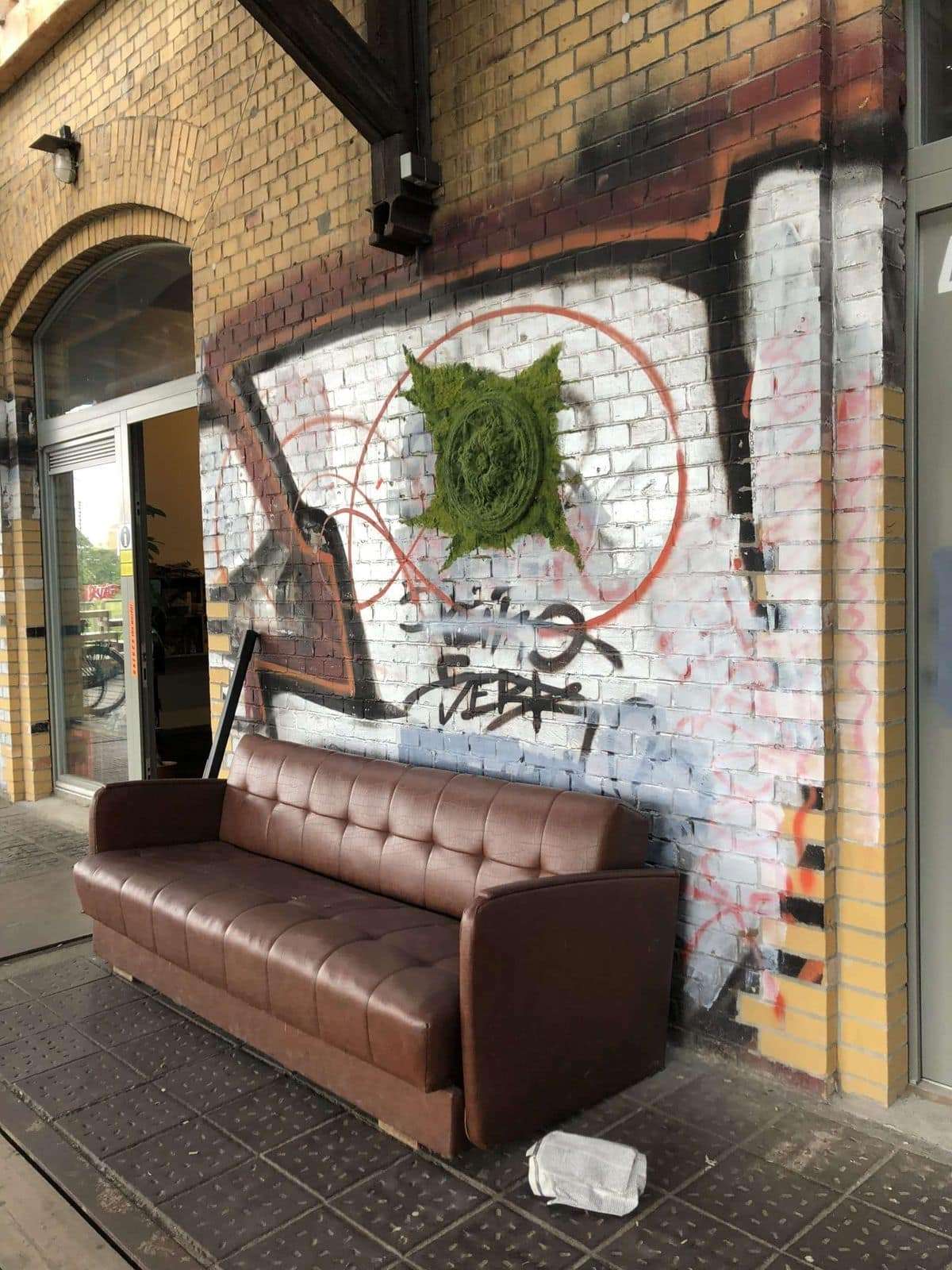 "Fractum Domum" uses architectural ornaments as a motive.
The use of the typical 19th-century ornament is not a random one, it makes a reference to the use of floral motives and makes the bridge to the content.The intervention will create the illusion that nature will claim culture back.
By putting this work in the public domain it activates a more layered dialoge, a Palimpsest one.

The reference to the concept of Palimpsest is a powerful metaphor for the way memory works in different layers. And is a holistic view on history of a place, space of text.
Palimpsest makes reference to the old tradition of scraping away texts on manuscripts in order to re-use them and add a new layer of text on the older layer, in this way the history of the base text bleeds trough in the new text and may affect his meaning.

The work “fractum Domum” in the public domain reacts to the past of the wall, the past of the city and the present of the graffiti, by its temporary language of street art it also 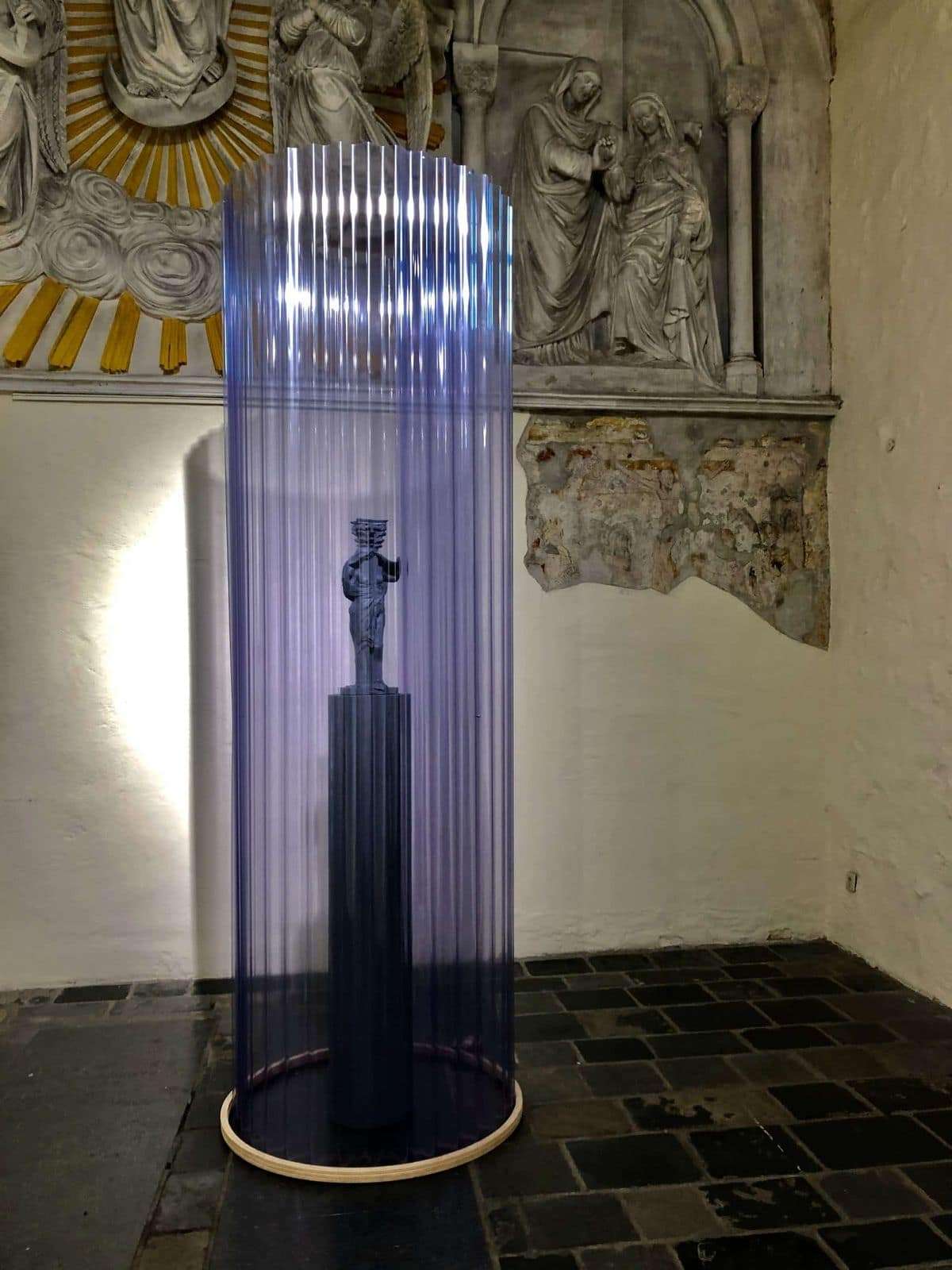 He uses the story of Callimachus the sculpture of the Chorintian order of column. to explore architecture as a active bodily experience 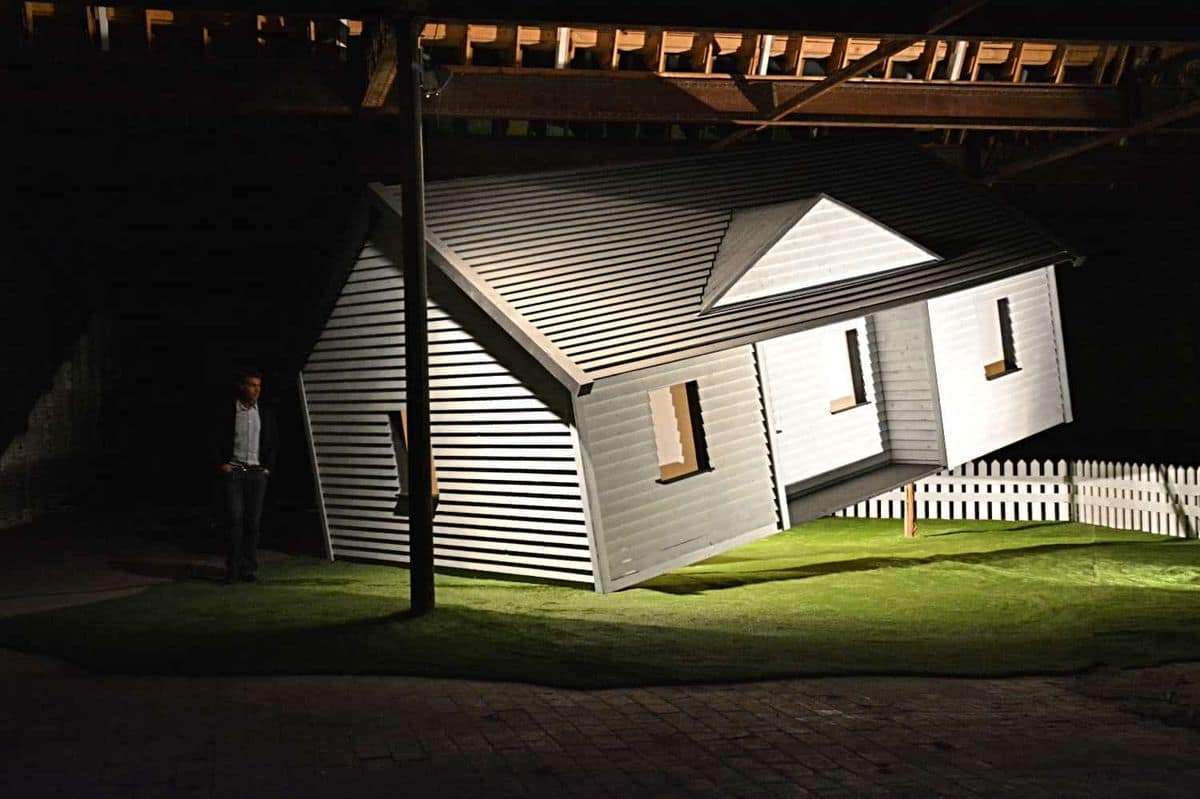 The work seduce us with the ideal of a perfect home.
In a manipulative way Vansteenkiste plays with attraction and repulsion in this and he shows a basic duality between desire and reality.
​
The idyllic image of the perfect house attracts us that each of us longs for the "perfect" home. Here, however, this house is a means that threatens to confine us in our own desire.
Vansteenkiste brings in his house traps also a small tribute to the American artist Mike Kelley, whose ancestral home was a model for one of the houses.

Lives and works in Kortrijk, Belgium