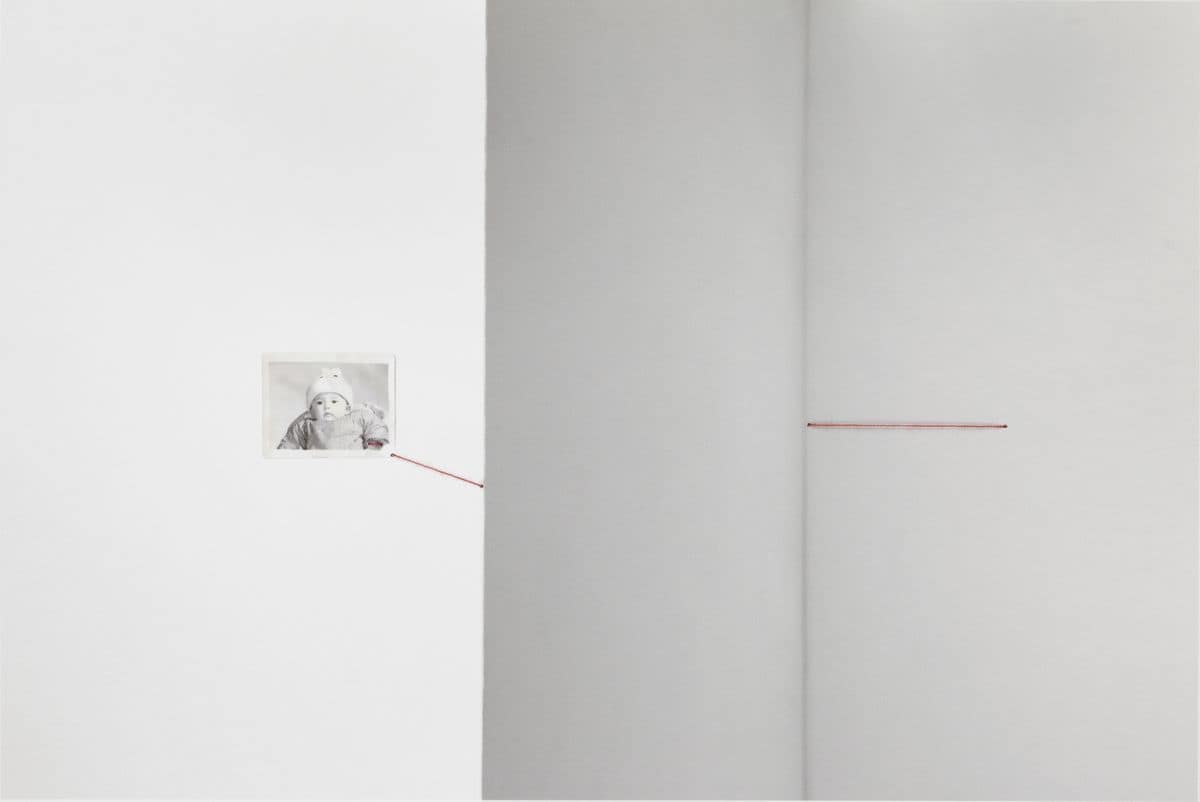 My work began with the first letter my mother wrote to me, in which she mentioned that she was helpless and unwillingly sent me away after I was born, and the situation was closely related to the Chinese one-child policy.
In response to the letter my mother wrote to me, I created an image that talks about this forced alienation between my mother and me. I constructed a three- dimensional space as the basis of this piece, that acts like two parallel spaces, with one is in the bright, and one is in the dark. A photo of myself as an infant, which my mother had mentioned in the letter, is hung on the bright side, and it is connected to the dark side by a red string. 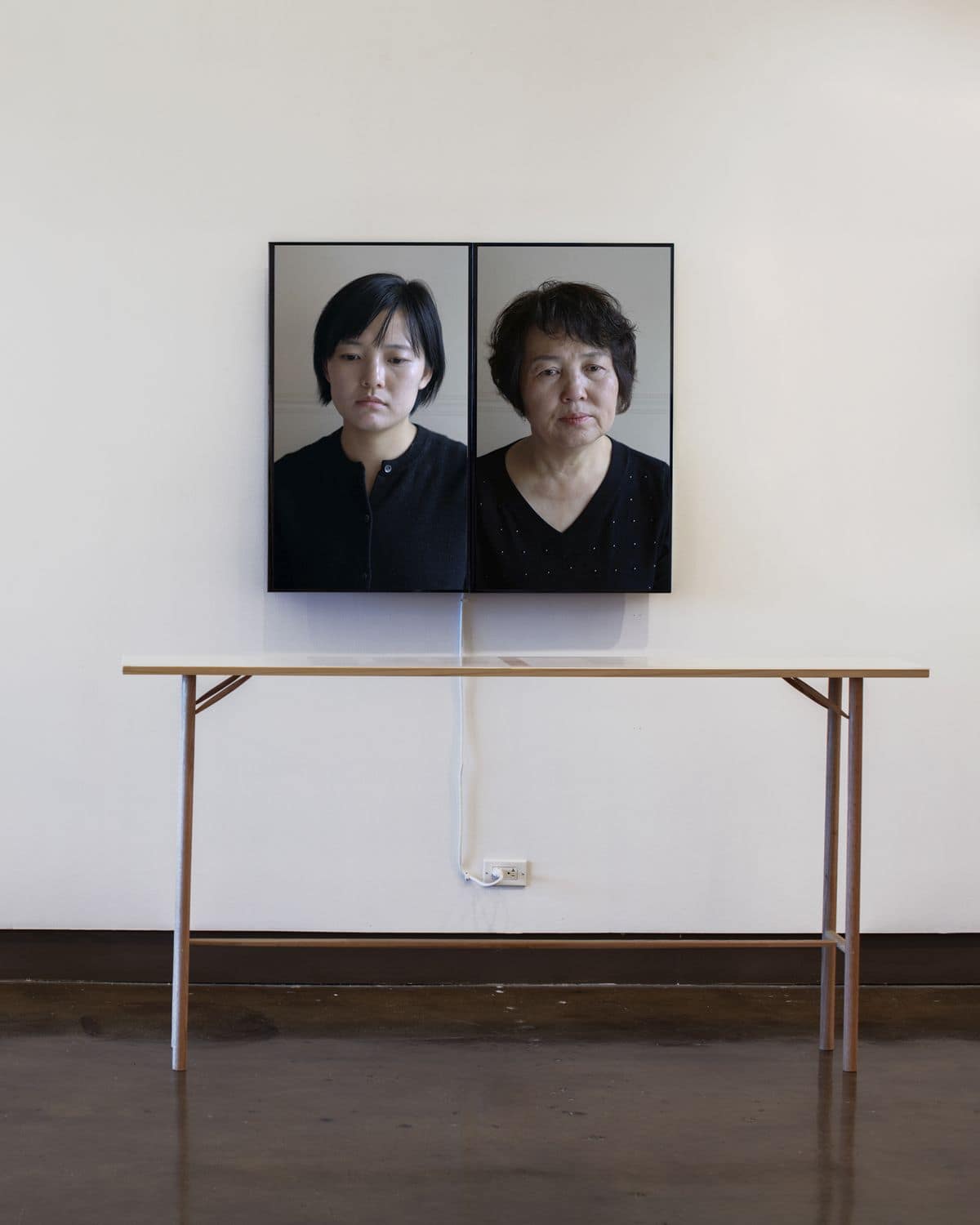 For this part “retelling history” my mother and I talk about the relationship between our own mothers and childhood memories separately,  and I recorded our voices. First I let my mother listen to my recording and I recorded her reaction. Then I listened to my mother’s voice separately and recorded my own reactions.
This work is presented as two separate video channels without sound. And the dialogue between us is transitioned and translated into text, which is presented on a table under the two videos. My mother's story is on the left of the table and my story is on the right. 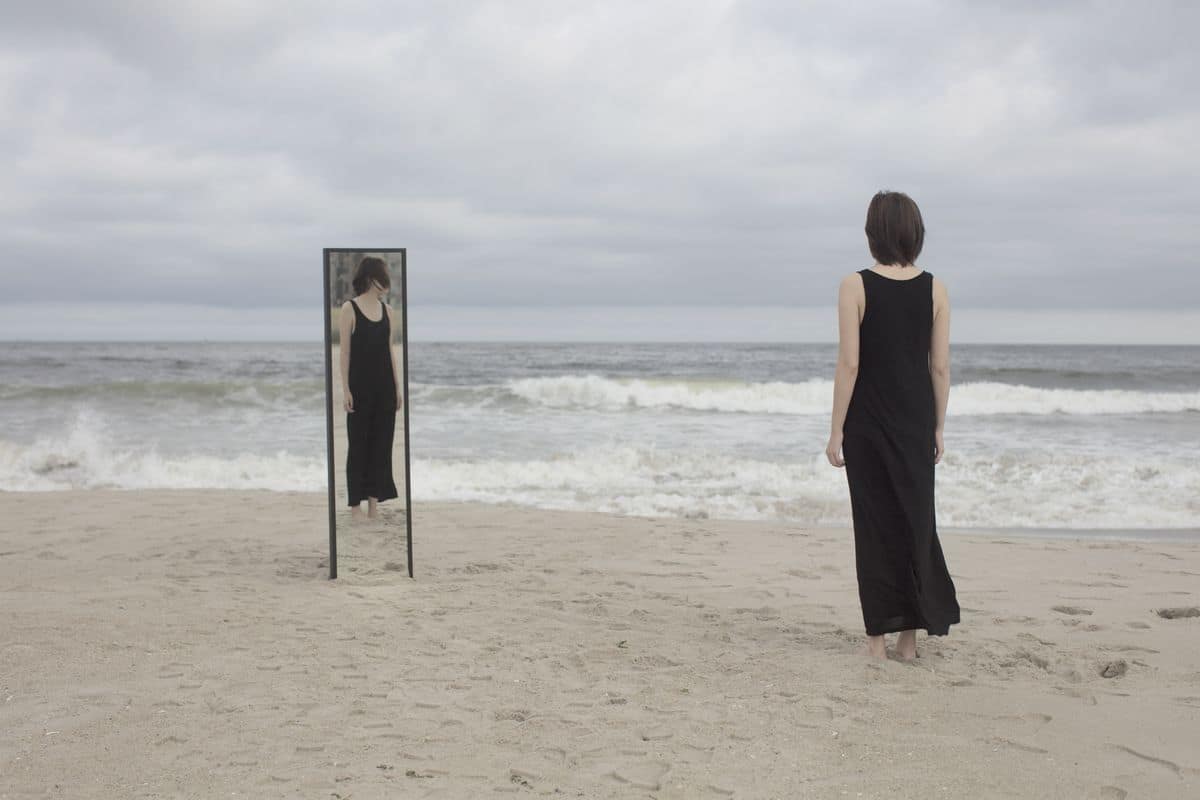 By comparing different relationships between my mother’s and my own experiences of growing up, I finally understood that when I immerse myself in the grief over the fact that my mother never sees the real me, I now realize that I never see the real her exactly.

Jiatong Lu is a mixed media artist and photographer based in New York. Born in 1988, she grew up in Northwest China and graduated with an MFA in Photography, Video and Related Media from the School of Visual Arts. Rooted in her own growth experiences, her work focuses on family, childhood trauma, self-identity, and gender issues, questioning the legitimacy of the disciplinarian culture that is deeply rooted in patriarchy and the traditional Chinese social structure. Jiatong is a 2019 NYSCA/NYFA Artist Fellow in Photography from The New York Foundation for the Arts.